In times of thuisquarantaine (home quarantine) and gesloten scholen (closed schools), kinderen (children) are bound to get extremely bored. How can you deal with such verveling (boredom)? Well, some people found a way, and because of social media, the idea is spreading all over the country. What is this berenjacht (bear hunt), and why does it become so successful in the Netherlands? Let’s have a look!

In the Schrijversbuurt (Schrijver neighborhood) in Eindhoven, kinderen started looking for beren (bears) that people in the buurt (neighborhood). But it quickly spread all over the country. It is not only a great way to keep kinderen moving and entertained, also volwassenen (adults) enjoy the jacht (hunt):

Participating is very simple. You just put a teddybeer (teddy bear) behind your raam (window). Kinderen that go on berenjacht find the beren (bears) behind your raam, and they can turven (tally) the number of beren they find. You can also add your beer to an online map. So far, there are thousands across the country, waiting to be found! You can also participate and share your experiences on the corresponding Facebook page.

Of course, it is important that the coronavirus-maatregelen (coronavirus measures) are respected: keep 1.5 meter distance from each other, though this does not count for gezinnen (families), who live in the same household anyway.

Where does the idea come from? 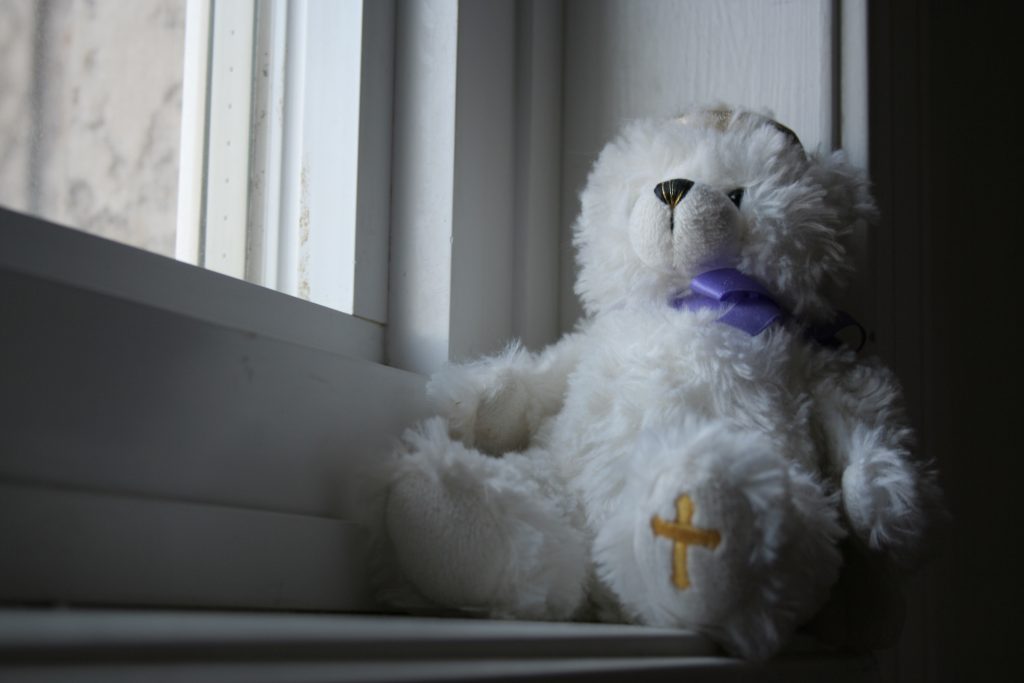 Will you find this teddybeer? (Image by Joanne Lee at Unsplash.com)

The idea to go on berenjacht comes from an originally British kinderboek (children’s book), titled Wij gaan op berenjacht (We’re Going on a Bear Hunt), by Michael Rosen and Helen Oxenbury. Here’s a cute sung version of the Dutch translation of the story:

The book inspired these kinds of berenjachten in the United Kingdom, New Zealand, Australia and Belgium before, and it has now arrived in the Netherlands. Here’s the original performance by Michael Rosen himself:

And it makes sense that such an idea would also find root in the Netherlands. Many Dutch buurten have homes that are very open. People often don’t close their gordijnen (curtains), even at night. So in theory, you could watch the avondjournaal (evening news) together with them from outside their window. Dutch nieuwsgierigheid (curiosity) and onverschilligheid (indifference) about their buren (neighbors) seeing how they live and what they do is a great opportunity for a berenjacht like this!

What do you think of the berenjacht? Have you spotted beren in your buurt? Let me know in the comments below!