It’s Not Easy For the Dutch Either Posted by tiffany on Jul 24, 2013 in Dutch Language 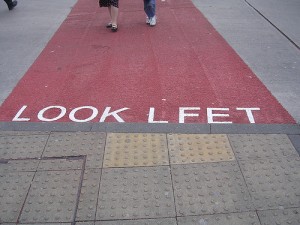 One of the biggest hang-ups for language learners is the fear of making a mistake and looking stupid.

The fact is, you will make a mistake and you will look stupid. That’s a guarantee. It comes with the territory, simple as that.

If you clam up to avoid making a mistake, you’re sabotaging your efforts.

It’s by making mistakes that you learn.

When I asked my husband if he would like “pataat” for dinner, he laughed about it for days.

Alright, you want the truth? It was months.

Actually, he still makes fun of me for it… years later!

But you know what? I haven’t made the mistake of giving the Dutch word patat (fries) the long ‘a’ sound since.

If that doesn’t make you feel more confident about making mistakes, maybe this will:

It’s not easy for the Dutch either.

Despite the fact that they’re kind of awesome when it comes to foreign languages.

In fact, there’s an entire book whose sole purpose is to record their most bizarre English language goofs. Everything from literal translations of Dutch expressions to embarrassing flub-ups.

It’s called I ALWAYS GET MY SIN, which is, in itself, a literal translation of the Dutch expression (uitdrukking) “ik krijg altijd mijn zin,” or “I always get what I want.”

Another good one from the back cover of the book is “may I thank your cock for the lovely dinner?”

Kok = cook or chef
Cock = well, I’ll let you look that one up

My husband, who’s been speaking English for over 30 years still talks about being “just a little bit paranoia” or feeling “nausea.”

You can be paranoid, but you can’t be paranoia. Likewise, you can feel nauseated or even nauseous, but it’s incorrect to say you are feeling nausea. Unless you’re physically touching it, that is.

He also struggles with sent and send (in Dutch, the ‘d’ and ‘t’ make the same sound when at the end of a word). I can just imagine him writing to a colleague asking if they got the email he send.

And then there’s this rather embarrassing message spotted on an Amsterdam parking machine by the bloggers over at Dunglish.

The point is, we’re all human and we all make mistakes. Especially when learning a new language.

So try to come to terms with the fact that your Dutch is probably never going to be perfect, but that it’s the mistakes you make that will get you closer to perfection.

Use these phrases to figure out what your mistakes were and how to fix them.

Heb ik het goed gezegd?
Did I say that right?

Zeg ik iets verkeerd?
Did I say something wrong?

Heb ik een fout gemaakt?
Did I make a mistake?

Hoe zeg jij het?
How do you say it?

Heard any funnies coming from the mouths of English-speaking Dutchies lately? Do tell in the comments!