What do Dutch athletes have in common? Peanut butter! Posted by Karoly Molina on Aug 1, 2018 in Uncategorized

Peanut butter or pindakaas is part of Dutch culture. You put it in your sandwich, you use it as a sauce for your chicken (thank you Indonesia!), and you invoke it in a very used expression: helaas pindakaas. But did you know this delicious peanut treat is also involved in sports? 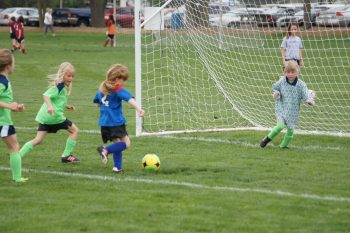 Photo taken by wrightbrosfan found on Flickr.com with license CC BY 2.0

For over 100 years, Calvé has been providing the Dutch kitchen with delicious sauces, dressings, and peanut butter. Peanut butter was first patented in Canada in 1884, and made its way to the Netherlands some years after. According to the Calvé website:

As part of their campaign for pindakaas, Calvé recruited the top Dutch athletes for their commercials. The first one was with Dutch skater Evert van Benthem in 1987.

Evert is a Dutch speed skater that won the famous Elfstedentocht in 1985 and 1986. The Elfstedentocht is the eleven city ice skating tour in Friesland. In order for the tour to happen, there needs to be at least 15 cm of ice on the canals, rivers, and lakes that are part of the trajectory. The last race was in 1997 and since then, each year, the Dutch wait anxiously for another very cold winter. In 2012, it was expected to be cold enough to reach the required ice levels, but in the end, the race was called off. Evert van Benthem will remain one of the stars of this famous ice tour.

Pieter van de Hoogenband is a triple Olympic medal holder from the Netherlands. He was born in Maastricht and later moved to Geldrop where he trained. His Olympic debut was during the 1996 World Olympics in Atlanta where he showed his talent.

During the 2000 Olympics in Australia, van de Hoogenband broke a record in the 200-meter freestyle. He won two golds and two bronze then. During the 2004 Olympics in Athens, he won a gold and two silvers and beat Michel Phelps. He retired after the 2008 Olympics in Beijing. In 2010, Calvé portrayed a younger Pieter in a commercial where little Pieterje cannot find himself playing soccer.

Robin is a famous Dutch soccer player currently playing for Feyenoord Rotterdam. His debut came in 2001 with Feyenoord and was named the Dutch Football talent of the year then. He later played for Arsenal, Manchester United, and Fenerbahçe before returning to Feyenoord once again.  Van Persie has been part of the Nederlandse elftal many times and was the team captain during the 2014 WK.

The most recent Calvé commercial was recently released, and appeals to the growing interest and recognition of talent in women’s sports. Lieke Martens is a Dutch soccer player that was part of the team that won the 2017 UEFA Women’s Championship and was named the 2017 Best FIFA Women’s Player. She has been playing for FC Barcelona since then. In the video, the coach calls of practice because of the storm and tells the jongens to go inside. Lieke stays outside playing, and when the coach goes back to her, she points out….U zei jongens! Because Lieke is from Limburg, the commercial also uses a bit of dialect when the coach says loester instead of luister.

Who is your favorite Dutch athlete?