France, and especially Paris, holds a very special place in my heart. Most people just accept it when I gush about some new discovery from across the sea. But others are always asking me why I love France so much. “What’s so great?” They say. Well while it’s hard to narrow down, for me, France is … 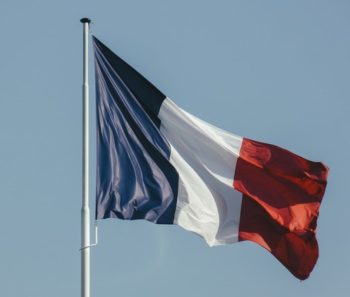 Photo by Atypeek Dgn from Pexels

Amazing people … and family. The French used to have a reputation for being a bit snooty and off-putting to strangers, but I have to say I’ve never known them to be anything but charming, caring, and engaged. They are smart, passionate, interested in so many things. And some of the most important people in my life to this day are the people I met over 30 years ago in Paris.

A diverse and intriguing culture. This is the country that gave the world the Existentialists (whose world view can be summed up, for me, as “Life is unsatisfying … but I am alive”) and the pop group Yelle and songs like Complètement fou … the video for which is, well, complètement fou1completely crazy!

Or this! It’s a bit dated now, but a new discovery for me. It takes a unique mind to turn a speech from the president about Covid hygiene into a techno hit. And while many parts of the world are moving beyond the worst of Covid, it’s always a good idea de se laver les mains2to wash one’s hands avec du savon3with soap!

And the food! Yes, they do eat des cuisses de grenouilles4frog’s legs and escargots5snails … but also fondues, and the most amazing stews (like Boeuf Bourguignon and cassoulet), not to mention the pastries. I was a very picky eater when I first arrived in France at 16 (I’m pretty sure I was on track for the world’s record for PB&J e ating) but the world of food I discovered in France totally transformed my approach to eating.

And the shopping! At 16, I hadn’t discovered stores like Macy’s in the US (or Harrod’s in London, KaDeWe in Berlin, or GUM in Moscow) and Paris’s grands magasins – for a kid whose most adventurous shopping was at the local mall – were a revelation.

Le Printemps and Les Galeries Lafayette still hold a place near and dear to my heart. And one of the grandest of them all, the Samaritaine, has finally reopened. And judging bythe reactions6my social media feeds have been full of photos, videos, and excited commentary on the new building, the wait was worth it!

You can see some photos of the recently renovated spaces here or explore a variety of videos covering la réouverture7the re-opening here.

Et vous? What does France mean to you?

The Tour de France kicked off samedi! This year’s tour started in Brest at the western tip of la Bretagne and the third étape rolled through the Morbihan region and the lovely town of Josselin which I had the pleasure of discovering at my step-daughter’s wedding and again when my son and I returned the next year. Check out the great “viewing guide” below (along with a couple of other blogs related to this weeks themes that you might enjoy.

Survival Guide for Vegetarians in France