In this “between two tours”1Remember that French presidential elections often take place in two rounds. time, a lot of the news coming out of France is related to the upcoming Presidential run-off scheduled for le dimanche 24 avril2Sunday, April 24. But that’s not the only thing happening! So this week, in addition to a presidential update, we’ll look at the recent holidays and get an update on the work taking place at Notre-Dame. 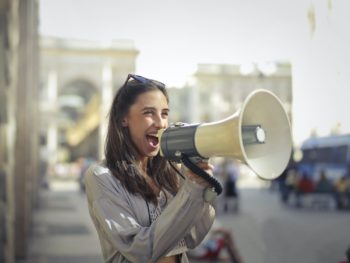 Next Sunday, current President Emmanuel Macron will once again face off against Marine Le Pen, leader of le Rassemblement national (RN), in the second round of the French presidential elections … a rematch of 2017 with a twist.

In 2017, despite (or perhaps because of?) his lack of experience, Macron easily won the Élysées palace with 66%+ of the votes in the second round. This time around, the final outcome looks like it might be the same overall, but with a much smaller margin.

Current polling (which right after the first round looked like a statistical tie) give the edge to Macron, but only by about 10 points (55% for Macron to 45% to Le Pen). While the current trends reflect current sentiment, they would have been almost unthinkable just 20 years ago.

In 2002, Marine’s father Jean-Marie (founder of the far-right National Front party) came in second in the first round of the presidential election, a shocking result that lead to protests in the streets around France. I happened to be in Paris on vacation at the time and saw first hand the marches up the rue de Rivoli to the Place de la Concorde and the Assemblée  Nationale.  The reaction led to a near sweep for Le Pen’s rival, Jacques Chirac, who carried the second round 82%+ to 17%.

A rare3According to this article, an occurence that comes only once every 33-odd years. calendar alignment this year means that the festivals of Easter, Passover, and Ramadan overlapped this past weekend.

Falling right in the middle of the month-long Muslim holy month of Ramadan (2 avril – 2 mai4April 2 – May 2 this year), Friday, April 15 was both le vendredi Saint5Good Friday and the first night of the eight-day Jewish Passover (Pessa’h in Hebrew, Pâque in French).

It wasn’t until researching this week’s post that I learned that in French, the Christian holiday of Easter and the Jewish holiday Passover are both Pâques. Easter is Pâques with an ‘s’; Passover is Pâque with no ‘s’ (though it is also sometimes called la Pâque juive).

Vendredi 15 was also the troisième anniversaire du feu qui a détruit les toits de Notre-Dame6third anniversary of the fire that destroyed the roof of Notre-Dame.

And while the fire is an undoubted tragedy, the repair work has recently lead to two amazing discoveries.

Amazing reminders that the history of this amazing church – which was almost lost in just a few hours in 2019 – goes back almost a millennium … and also that the period leading up to and following the French Revolution were not so kind to religion and religious institutions.