Stereotypes Posted by Tim Hildreth on May 3, 2022 in Culture, Language, Politics

Prejudice and stereotypes (les préjugés et les stéréotypes) are almost always bad … except when they are the source of a humorous campagne publicitaire1ad campaign from the French financial company Cofidis. This week we look at some pubs2tv commercials that highlight common misconceptions that people make about other people. 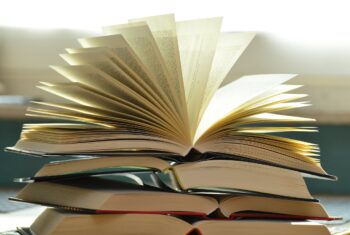 A book by it’s cover! In French we would say “L’habit ne fait pas le moine.” However you say it, the meaning is the same: don’t assume you know a person based on age, race, gender, or other superficial categories.

Cofidis, a company which lends money/provides credit to people, played up this idea for effect in a recent ad campaign3I’ve included a select few here, but you can see all the ads from the campaign here..

You’ve undoubtedly seen the news, but just to close the loop: Emmanuel Macron won the second round of the French Presidential elections last month and will be President of France for another 5 years.

Despite his seemingly solid victory (~59% of votes cast to ~41% for Marine Le Pen), the newly (re)elected President will begin his next quinquennat11five year term without a clear mandate. A higher-than-normal number of people simply chose not to vote for either candidate (Macron only received ~38% of the votes of all those eligible to vote) and France remains very divided.

The outcome of the upcoming legislative elections will determine just how much Macron will be able to accomplish with his next quinquennat.