French at the movies Posted by Tim Hildreth on Apr 5, 2022 in Culture, Film & Theater, Politics

Almost lost in the aftermath of the gilfe1slap that rocked the Oscar’s ceremony il y a dix jours2ten days ago was the amazing performance of the film Coda. The film, a remake of a 2014 French hit, took home the awards for meilleur acteur secondaire3best supporting actor, meilleur scénario adapté4best adapted screenplay, and of course meilleur film5best picture. 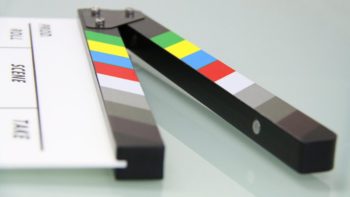 Like its French fore-bearer, Coda6an acronym which stands for child of deaf adults, tells the story of a young girl, the only hearing member of her family, who discovers a talent for singing. As the only hearing member, both families rely on their daughter(s) to be a bridge between them and the rest of their communities.

In Coda, which takes place in the seaside community of Gloucester, Massachusetts, the family are pêcheurs7fishermen. In La famille Bélier8The Bélier Family; bélier means ram in French and is also the name for the corresponding Zodiac sign, they are a family of agriculteurs9farmers. The French singer Louane was chosen for the role of Paula Bélier by the film’s réalisateur10director after he saw her on the French version of The Voice.

As mentioned in my earlier coverage of Les Césars (the French Oscars), the French actrice Valérie Lemercier took home the César for meilleure actrice11best actrice for the title role in her pseudo-biopic Aline. The film, in which Lemercier plays Aline at every age, sort vendredi aux États-Unis12comes out Friday in the US. You can check out the bande-annonce13trailer below.

Once again many parts of France are dealing with un printemps froid et neigeux14cold and snowy spring. As far south as the Mediterranean island of Corsica (la Corse) travellers, truckers, and farmers have had to contend with below-average temperatures and plusieurs centimètres de neige15several centimeters of snow.

Just a reminder that the first round of voting in the French presidential elections will take place le dimanche 10 avril16Sunday, April 10. You can explore the many, many candidates17with the exception of Emmanuel Macron who chose not to participate and their answers to ten questions posed by the French people here. Unless any candidate gets more than 50% of the vote, come Sunday only two will remain for the run-off election on April 24.