After last week’s Pop & Politics, this week were back with a little bit of a miscellaneous March potpourri. We’ve got a little more politics, some vocabulary, and a pronoun debate. Bonne lecture!1Happy reading! 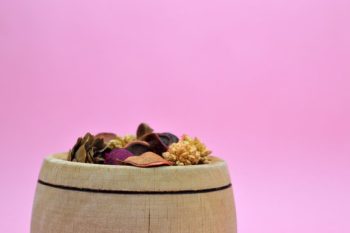 The premier tour de l’élection présidentielle2first round of the Presidential election) 2022 is less than a month away (April 10; with the second tour, if needed, scheduled for two weeks later, April 24) and FranceInfo is out with an early sondage3suvery of people’s likely votes. As they remind us, “un sondage n’est pas une prédiction, mais une photographie de l’opinion à un instant donné. Un sondage est nécessairement assorti d’une marge d’erreur, dite aussi “marge d’incertitude” ou “intervalle de confiance“4a survey is not a prediction, but a snapshot of public opinion at a specific moment. A survey always has some margin of error, also known as a “margin of uncertainty” or “confidence gap”.

With that in mind, they tell us that, if the elections were held now, Macron would be in the lead with about 30% of the vote. His likely challenger in a run off election if nothing changes, Marine Le Pen, would get about 16% of the vote. In a run off deuxième tour, Macron would carry the vote with approximately 60% of likely voters, to 40% for Le Pen.

Born in the U.S.A

I’ve mentioned before how – linguistically speaking – some people make the difference between l’anglais (English) et l’américain (American English) and how I more accurately live aux États-Unis d’Amérique5in the United States of America than en Amérique6in America. But until now, I was pretty confident that I was Américain!

Now I’ve learned that some people prefer the term États-unien (or Étatsunien; états-unien/étatsunien (with a lower case é) when used as an adjective) as a more accurate way to refer to ‘les Américains des États-Unis’7Americans from the United States. While you’ll readily find that most people assume that Américains refers to the inhabitants of the US and are unlikely to confuse you for a Canadian, Mexican, or Argentinian if you refer to yourself as un (or une) Américain(e), next time you want to impress your friends, why not tell them that you’re un (or une) États-unien(e)!

While I only recently came across the term, it appears to have a long history appearing for the first time, according to this blog post, in a Québécois political magazine in 1934.

Unlike English – where the pronoun they can be used in the singular when you want to avoid (or aren’t sure whether to use) he or she – French has traditionally had no gender-neutral third-person pronouns (singular and plural alike, both il/ils and elle/elles can mean it/them, but they are always gendered).

In the same way that the introduction of l’écriture inclusive has proven to be controversial (l’Academie française remains formally opposed) a decision by the online version of the French dictionary giant Robert to include the new gender neutral pronoun iel (and it’s equivalent ielle) has reignited the debate.

You may not have occasion to use it in your own life, but if you see it now you’ll know that it’s not just a typo but a new option for people who want more flexible and inclusive options in their writing.