2 Words You Didn’t Know Were German Posted by Constanze on Jan 31, 2018 in Language

Guten Tag! When you think of English words that are German in origin, a few will spring to mind immediately: Angst, Poltergeist, and Doppelgänger, amongst others. Yet there are some English words that you need to look a little closer at to discover that they are, in fact, German! Today I’ve got two English words for you that you probably didn’t know were German. Let’s get started with the first word.

“I had to take the flak for my colleague’s mistakes.”

So how is it German? The word flak is actually an acronym for die Flugabwehrkanone (sometimes seen as die Fliegerabwehrkanone), meaning aircraft defence canon! Soldiers would also wear what became known as a flak jacket, a special vest that protected them against shrapnel and bullets.

So next time you hear someone say they’re taking the flak for something, you know where this phrase comes from, and that the word is German in origin. 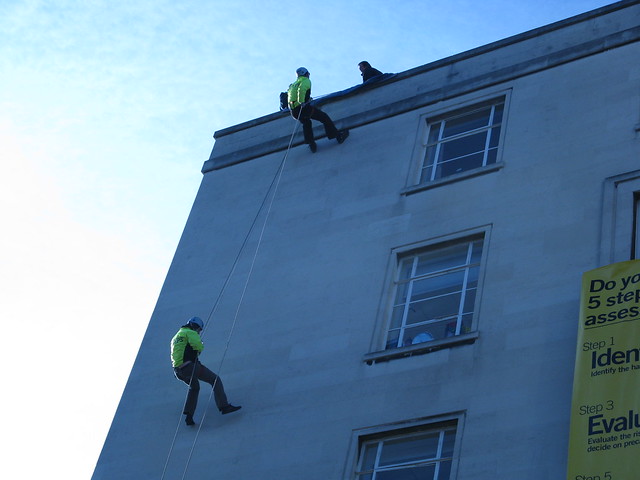 Abseiling is a recreational activity that involves descending a vertical drop or steep slope by climbing down a rope. If you’re anything like me, you’ll know abseiling from having to do it on school activity trips! And despite speaking German my entire life, this word was so ‘English’ to me that I didn’t see it as German until it was pointed out to me.

The word abseil is made up of two German words: ab + Seil.

So the word Abseil literally means ‘down rope’, and comes from the German verb abseilen.

Did you know that these two words were German? And can you think of any more, not-so-obvious English words that are actually German?