Did You Know This About Mozart? Posted by Constanze on Nov 3, 2021 in Culture, Language, Music, Slang

Wolfgang Amadeus Mozart is one of the most famous classical composers of all time. Mozart lived a short life (1756 – 1791), dying at the age of 35. However, he composed more than 600 musical works during his lifetime, with Die Zauberflöte (The Magic Flute) and Eine Kleine Nachtmusik (A Little Serenade- often called A Little Night Music) amongst some of his most famous pieces. 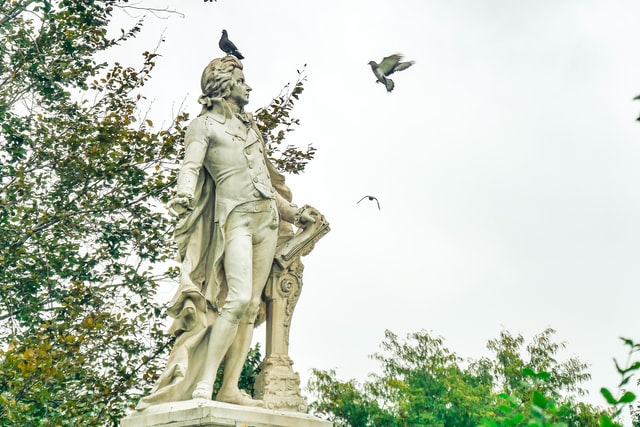 Mozart statue in Wien, Austria. Photo by Andreas ***** on Unsplash

Classical music (die klassische Musik) is considered sophisticated, elegant, and intellectual. So it might surprise you to learn that the Austrian composer also created a piece titled ‘Leck Mich Im Arsch’ – literally, ‘Lick me in the a*s’.

Yes, it’s true! Mozart wrote a Canon for 6 Voices in B-Flat Major, titled Leck Mich Im Arsch. This (or Leck mich am Arsch) is a common German phrase, by the way. You can read more about it, and similar phrases, in this blog post here.

Now, back to Mozart!

Leck Mich Im Arsch is actually a very pleasant-sounding song (das Lied). You can listen to it here, and feel cultured while you read the rest of this blog post:

It seems Mozart had a fondness for die Skatologie (scatology) and included references to die Scheiße (poop) in some of his works, and in several of his personal letters. There is actually another Canon (der Kanon) of his titled ‘Leck Mir Den Arsch Fein Recht Schön Sauber’ (‘Lick my a* nice and clean’). You could say Mozart’s humour was rather childish (kindisch)!

You can listen to this second canon here. Again, it sounds very serious and elegant:

Now, these wonderfully-titled works, along with some others, weren’t published until after Mozart’s death (der Tod). So it fell to his widow (die Witwe), Constanze Mozart, to send her late husband’s remaining works to Breitkopf & Härtel, his publishers.

Unsurprisingly, these works were published under different names: 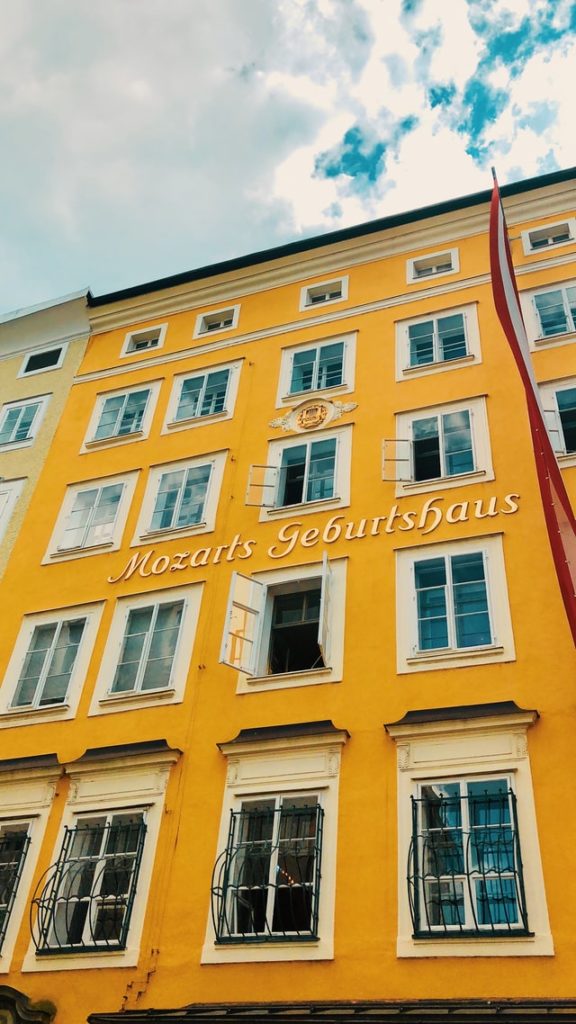 Mozarts Geburtshaus – The house where Mozart was born, Salzburg, Austria. Photo by Reiseuhu on Unsplash

The word ‘g’schwindi’ here might be new to you; it is Austrian dialect for geschwindig, a word meaning ‘quickly’ or ‘swiftly’.

What can I say? Jeden Tag lernen wir etwas Neues.

We learn something new every day. 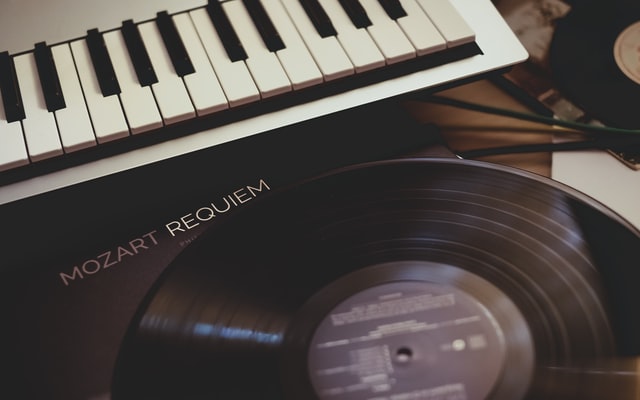 Photo by Anton Shuvalov on Unsplash