Guten Tag! Today I thought I’d cover the interesting topic of German Vornamen (first names). When you think of German names, which ones spring immediately to mind? Helga? Hermann? Greta? These are classic examples of stereotypical German names – but are babies still given these names in Germany today? In this post I’ll give the German equivalents of some common English names, and we’ll find out how the most popular German baby names have changed since the 1990s! 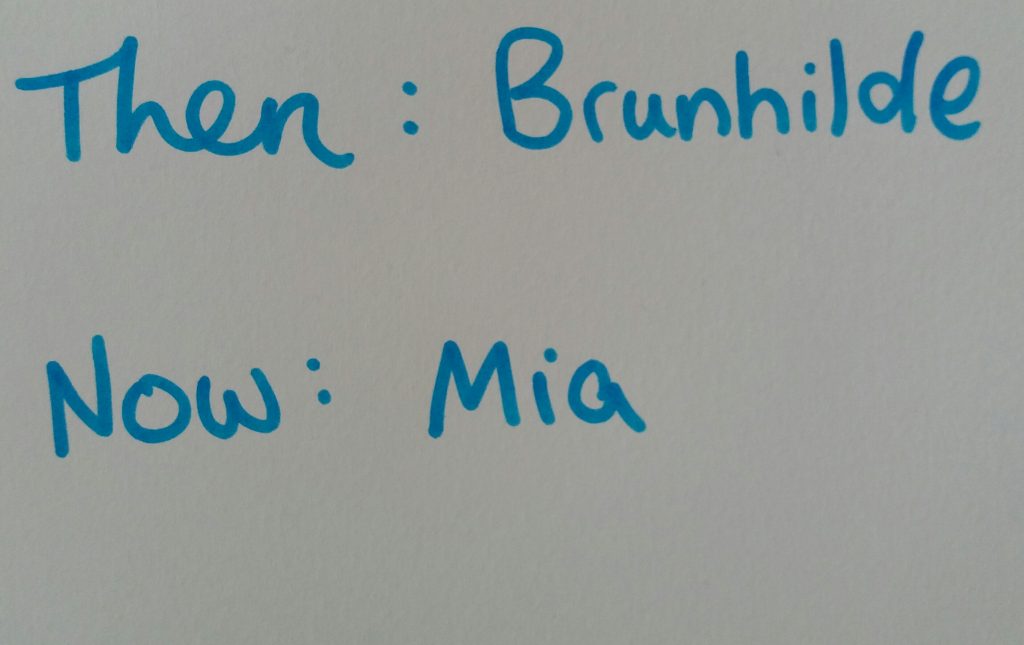 It can be fascinating to see how the same name is spelt and pronounced in a different language. Sometimes, you may not even realise it’s the same name until it’s pointed out to you! Here are a few common English names with their German equivalents:

(Living in an English-speaking country, I now wish my German mum had called me Ninja. 😉)

According to babyMed and other websites, some of the most popular German baby names in the 1900s were as follows: Ernst, Friedrich, Heinrich, Otto, Erich, Herbert, Fritz (boys) and Gertrud, Anna, Frieda, Else, Herta, Elisabeth, Maria (girls).

According to the GfDS, the most popular German baby names in 2016 were Elias and Marie.

These lists show how far removed our idea of a ‘typical German’ name is from what it really is today!

I hope this has been interesting. Why not comment below with your name, and let’s see if it has a German equivalent, too!