Guten Tag! Today we’re looking at some more German idioms. This time, the subject is clothing. German has many idioms that use items of clothing to express a certain meaning. Here you can learn five of them. Let’s go! 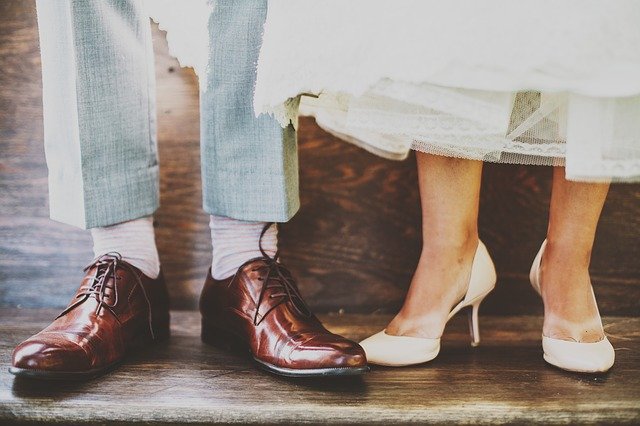 Literally ‘Where does the shoe press (hurt)?’, this idiom is a German way of asking ‘What’s wrong?’. If someone seems upset, agitated, or preoccupied in some way, you might say, ‘Du siehst so traurig aus… Wo drückt der Schuh?’ (‘You look so sad… What’s wrong?’). The idea is that only you know where a shoe is hurting you, just as only you know what is bothering you.

Literally ‘To have a white shirt’. If you say someone has a ‘weiße Weste’, you’re calling them innocent. In a sentence you might say, ‘Er/sie hat eine weiße Weste’. This phrase likely has religious origins, wherein the colour white represents purity and innocence.

Loosely translated to ‘On the hat’. If you tell someone to be ‘auf der Hut’, you’re telling them to be wary, on the watch, on the lookout, etc. In this context the word Hut comes from the verb behüten – to protect.

Literally ‘Stick onto the hat’. This idiom is a German way of saying ‘You can stick/stuff it’, in those situations where you want to reject something strongly. The phrase itself refers to the stickers and pins people put on their hats to make a fashion statement, and how these stickers are usually worthless and a bit messy-looking.

Literally ‘Clothes make people’, this is the German equivalent to the English saying ‘Clothes make the man’. It is something you’d say when you want to remind someone to make a good first impression via their appearance. ‘Komm, zieh dich schön an. Kleider machen Leute!’ (‘Come, dress yourself nicely. Clothes make the man!’).

I hope you liked these! Check back next week for 5 more idioms to add to your collection. 🙂