Germans and Games 1: The Gaming Scene Posted by Sten on Feb 18, 2022 in Culture, Games, Language, Vocabulary

Like in basically every country, Germans enjoy Spiele (n, games). Whether it’s Videospiele (video games), Brettspiele (board games), Kartenspiele (card games), Germans like it! In this series, I want to look at some peculiarities of the German market and some Spiele that the Germans particularly enjoy. I won’t talk about Sportarten (f, sports) here. If you want to learn about that, we’ve written about Swiss National Sports before, which is quite an interesting topic, too! But now, let’s talk about the gaming scene in Germany, die Videospiele!

Click here to read more posts in this series.

How do we talk about Videospiele or in German? 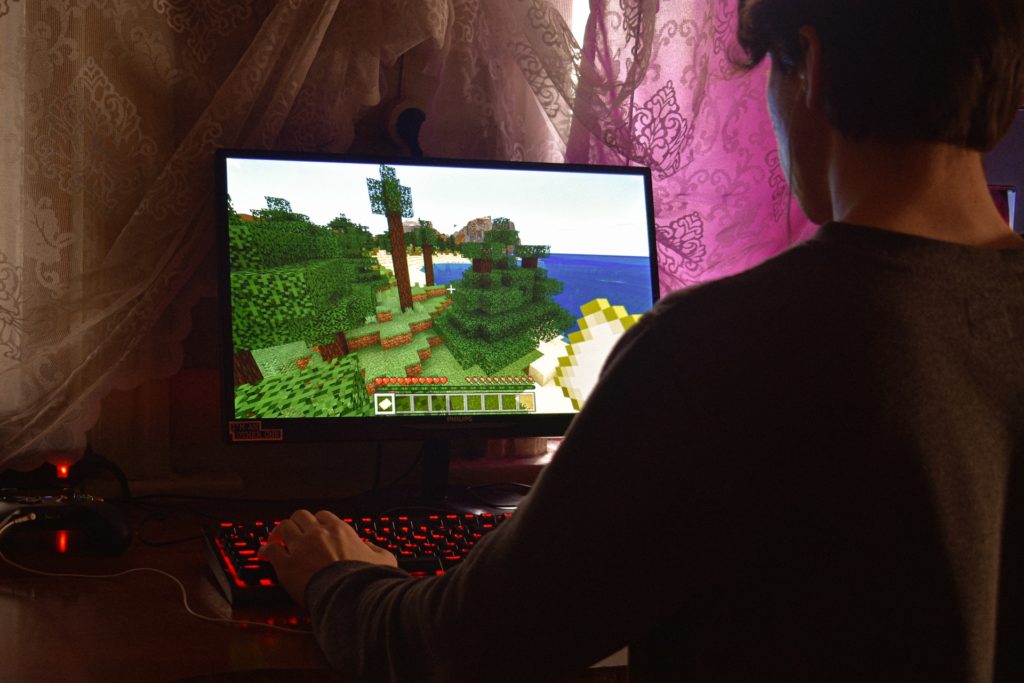 Foto by Alexander Kovalev on Pexels.com

Because of its heavy international, English influence and the fact that you often play video games online with people from all over the world, talking about video games in Germany is full of English terms. Here are some examples:

der Dungeon – dungeon (as part of, for example, the dungeon crawler game genre)

Regardless of these English terms, games are almost always completely localized to the German market, much like movies. However, unlike movies, Videospiele often keep their original name. And that’s probably for the best. If you translated some names, they would sound rather ridiculous. Anybody up for das Rennen (race) in Notwendigkeit von Geschwindigkeit: Professionelle Straße (Need for Speed: Pro Street)? Yeah, no. That’s what I thought.

Gaming is quite popular in Germany -with more than 30 million gamers, almost half of all Germans game. The split between men and women is also pretty much 50/50. So it begs the question:

What games do the Germans play?

Many international titles are popular in Germany, like Call of Duty, Grand Theft Auto, Minecraft and Counter Strike. Nintendo does really well with its own titles like Zelda, Pokémon and Mario as well. However, the Germans have some particular Vorlieben (f, preferences) as well.

But when you only look at die PC-Spiele (PC games), you can see something interesting. Simulationsspiele (n, simulation games) and Aufbauspiele (n, building games) as well as Echtzeit-Strategiespiele, or RTS-Spiele (real-time strategy games) are particularly popular among PC-Gamer. Especially successful is the German-made Anno 1800, Tropico 6 and Landwirtschafts-Simulator (Farming Simulator). Also the long-standing Aufbauspielserie (building game series) Die Siedler (The Settlers) is a product from German Spieleentwickler (m, game developers).

Especially the Landwirtschafts-Simulator enjoys incredible popularity. It even has its own annual convention, named FarmCon and even e-sports events!

But, what is it that attracts Germans so much to these simulation games?

Is it the stereotype of Germans being obsessed with details, die Genauigkeit (accuracy), die Pünktlichkeit (punctuality) and die Regeln (rules)?

Perhaps. These games definitely require you to manage, organize and optimize.

Furthermore, Germans have stuck to PC gaming rather than Spielekonsolen more than other countries. And these simulations are mostly exclusive to the PC due to their controls.

It might also be because of strong strategic Brettspiele (board games) that are beliebt (popular) in Germany.

And I have to say, Die Siedler has always had a soft spot in my heart. The second game was the first Computerspiel that I played as a kid on an old computer. And it holds up to this day!

What about you? Do you play these games or know about them? What fascinates you about gaming in Germany? Let me know in the comments below!