Germany elected a new parliament! That’s all nice and well, but what happens next? How do we go from here to a new German Bundeskanzler (m, Federal Chancellor)? Here’s how the process works!

The new German Parliament after the September elections 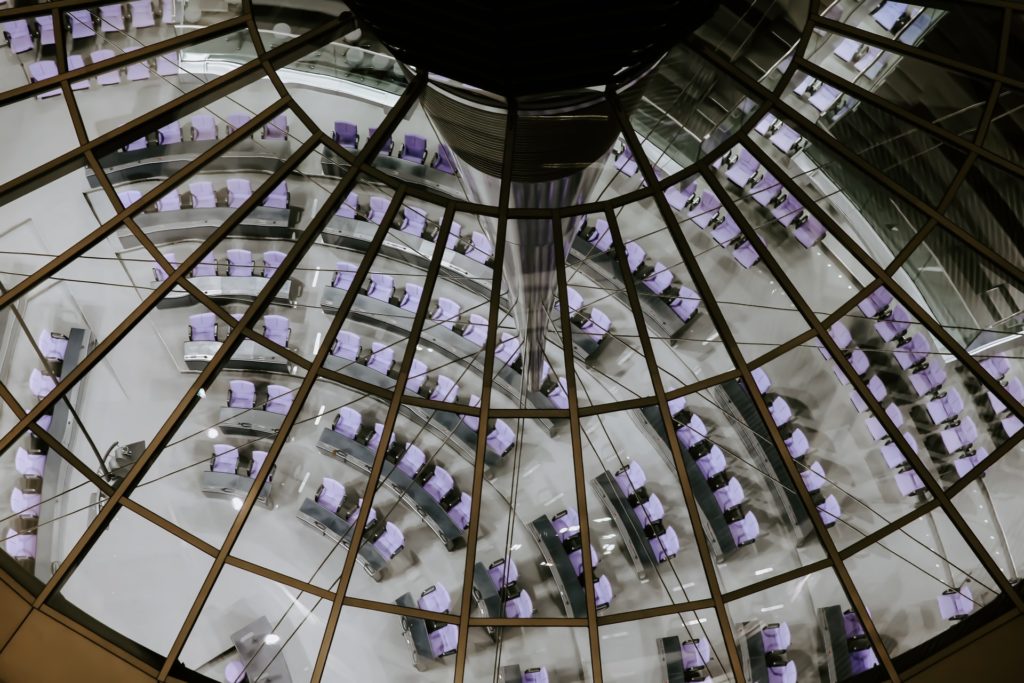 The German federal elections were held at the end of September, and they were quite a big deal. For the first time since she became Bundeskanzlerin (f, Federal Chancellor) in 2005, Angela Merkel isn’t running as a Spitzenkandidat. This meant that her party, which had been in the seat of power ever since, needed to reinvent itself. With Armin Laschet, the party, the Union, tried to reinvent itself, but failed. The Greens put Annalena Baerbock up, a young woman with big ambitions but no experience im Amt (n, in a political position). The labor party SPD brought Olaf Scholz into the mix, vice-president and minister under Merkel for many years. He quietly let everything play out, and turned out to be the strongest, continuous force that the Germans embraced – the SPD became the biggest party, as Larissa wonderfully described in a post a few days after the elections.

8 Parteien (f, parties) managed to get Bundestag seats in the election. The biggest party, the SPD, got 25.7% of the vote. This means that they will bring the likely Bundeskanzler, but that’s not a given.

One strange thing about the German election system is that anybody can be the Bundeskanzler. The Spitzenkandidaten are in no way binding. They’re more there as a guide for voters to know who would likely be their next head of government, but in the end, the parliament decides itself. It chooses a government from its ranks, it is not separately chosen as it is in, for example, the United States. So the German Bundeskanzler is not directly chosen by the people, they merely give their indication with the parties they give seats to through their votes.

So even though Olaf Scholz is the likely and expected Bundeskanzler, as he was the Spitzenkandidat of the party with most votes, the CDU’s Armin Laschet could still become the Kanzler if the Bundestag votes for that!

In any case, likely candidate Scholz is not gonna get a majority vote in the Bundestag with only 25.7% of the vote. So in order to form a well-functioning government, a Koalition (f, coalition) needs to be formed. How do we do that?

With Sondierungsgespräche that are followed by Koalitionsgespräche and a Koalitionsvertrag. What is all this?!

The current Koalitionäre agreed in the Sondierungen to idealerweise (ideally) proceed with der Kohleausstieg (coal exit) by 2030 instead of 2038. (Photo by Dominik Lückmann on Unsplash)

Sondierungsgespräche (n, exploratory discussions) is the first opportunity for parties to sit together and find Konfliktlinien (f, conflict lines) and areas of agreement and common interests. Quite importantly, it also allows parties to find a gemeinsame politische Richtung (f, common political direction). Basically, it gives them an idea whether a coalition would even work. A bit like the first round at a job interview. Are the parties up for the job?

Any party can get into such Sondierungen with any other party, and there can be many different Sondierungsgespräche! And since anybody can be Kanzler, it’s not only the party that won the vote that can try to form a government. In fact, CDU’s Armin Laschet even expressed his will to still become Kanzler, even though his party did not win the elections.

Sometimes the Sondierungen end with an agreement of sorts, but they aren’t required to. This time, the SPD, Greens and FDP did publish a Sondierungspapier (n, “exploration paper”), in which they agreed on points that need more discussion.

If these Sondierungen, as they are sometimes called, are successful, the parties that participated in them continue with Koalitionsgespräche. 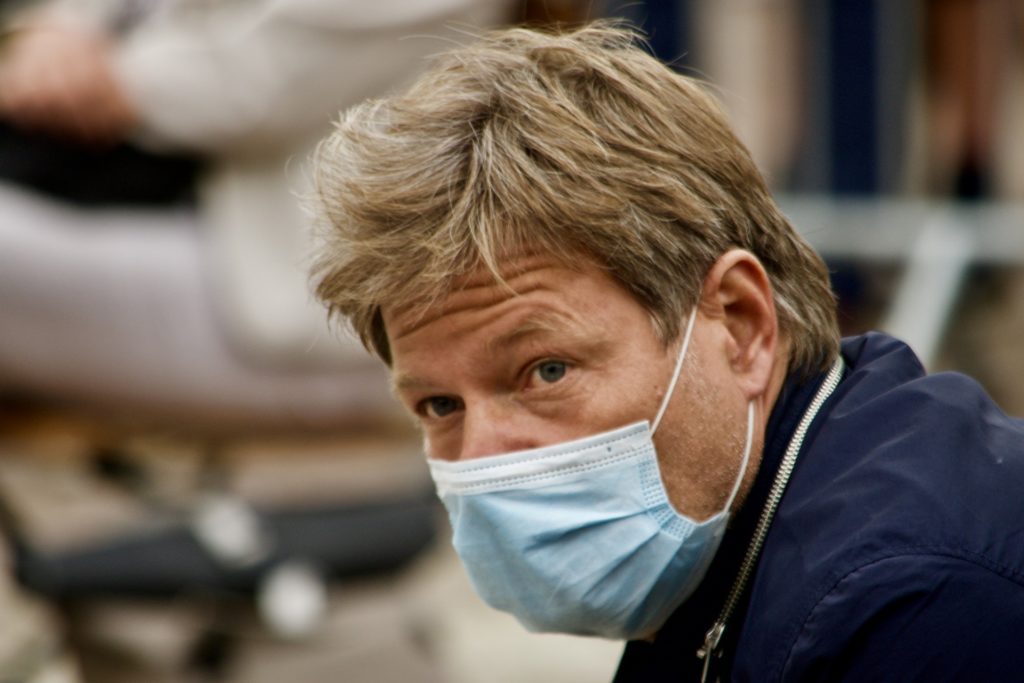 Robert Habeck, co-leader of the Greens together with their Spitzenkandidat for the chancellery, Annalena Baerbock. (Image by Björn Eichenauer from Pixabay)

At the end of these Koalitionsgespräche, the parties will present their Koalitionsvertrag (m, coalition agreement). This Vertrag is the Grundlage (f, basis) for the government for the coming five years.

Last Thursday, the Sondierungsparteien (f, exploratory discussion parties) started their Koalitionsgespräche. They want to reach an agreement and have a government put together in der Nikolauswoche (in the “Santa week”, i.e. the week of Christmas), which is quite fast for these kind of talks. Whether they will make it or not, we’ll see.
The Koalitionäre (m, “coalitioners”, coalition parties) created 22 Arbeitsgruppen (f, working groups) with politicians from each of the three parties SPD, FDP and Greens. In these AGs, topics from das Klima (climate) to die Gesundheit (health) to die Migration (migration), and many more. By November 10, they are expected to have results from these AGs, which will then be used to continue discussions in die Hauptverhandlungsrunde (main negotiation round).
Will we see a new government by Christmas? Let’s see. Until then, look out for my next post on what on Earth Jamaika, Kenia and die Ampel (traffic light) have to do with all these Verhandlungen.
Tags: Bundestag, coalition, Elections, German Elections, german politics, government, Negotiations, Parliament, politics