Nazi Symbols In Thailand Posted by Constanze on Mar 20, 2019 in Culture

Guten Tag! You may know that in Germany it is illegal to publicly display a Nazi symbol, be it on clothing or otherwise. Doing so can land you three years in jail (it is not illegal, however, if it is for the purposes of art). It is also illegal to do the Nazi salute, say ‘Heil Hitler’ in public, and to incite hate speech (die Volksverhetzung in German).

In Thailand and other parts of South-East Asia, Nazi imagery does not have the same stigma that it has in the west. You can openly buy goods with a Hakenkreuz (swastika) or Hitler print on them, for example. But don’t be alarmed! This does not mean that South-East Asia is full of neo-Nazis. It is more to do with the school curriculum.

The school curriculum in this part of the world does teach about World War II, but the content is heavily focused on Japan, one of Germany’s allies; during World War II the Japanese invaded China and wanted to take over the entirety of South-East Asia. This is the main focus for this part of history.

For this reason, it is said, the topic of Hitler simply does not hold the same weight that it does in the west. And many citizens are not aware that they are causing offence when they wear these symbols on their clothes.

In January of this year, Pitchayapa Natha from Thai girl band BNK48 wore a t-shirt with Hakenkreuz on it. Footage of her wearing it went viral and caused an uproar. She was mortified and apologised immediately when she found out that it was inappropriate; she said she didn’t know.

So, do not be alarmed if you visit Thailand and see Nazi/Hitler symbols on items, products and buildings!

The swastika, in fact, is originally an Indian symbol that signifies peace and luck. Therefore, you are likely to see it on the front of Hindu temples and elsewhere, especially in India, Nepal and Sri Lanka. 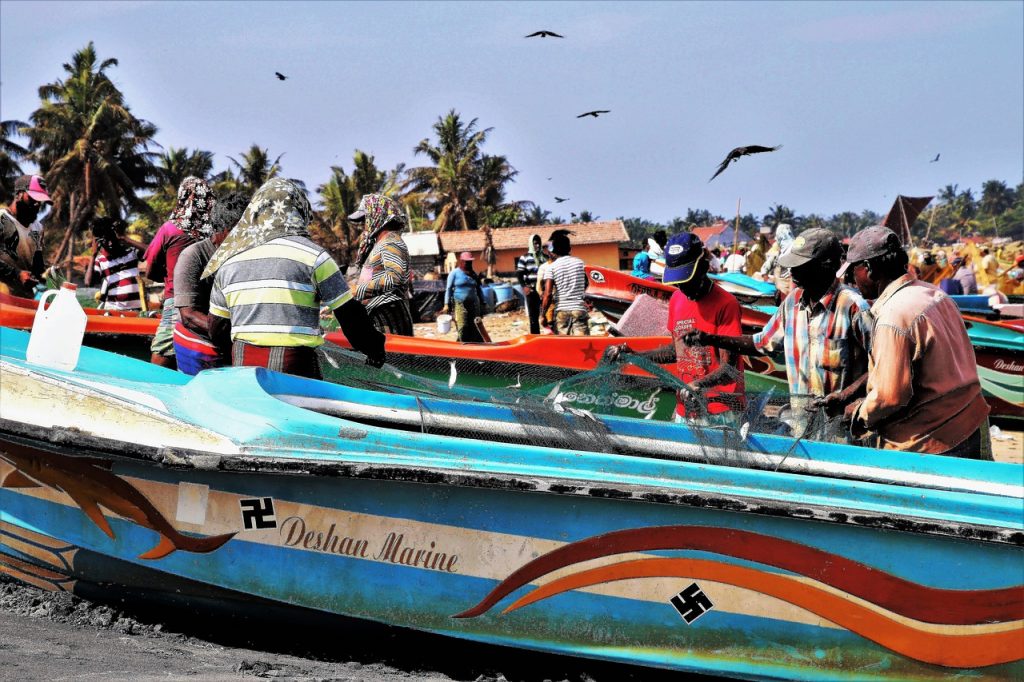 Fishing boat with swastika symbol on its side. Image via Pixabay.