Guten Tag und Prosit Neujahr! Hope you’ve all had a good rest and had a fantastic start to 2018! In my last post I talked about the origins of the German word for New Year’s Eve: Silvester. I also mentioned the Swiss character known as Silvesterklaus. Today I’d like to tell you a little more about this unusual character and the traditions associated with it!

Everybody is familiar with the name Santa Claus. So what is a Silvesterklaus, exactly?

Silvesterklaus (Silvesterchlaus in Swiss-German) is a character that you will see on New Year’s Eve in the Canton of Appenzell Ausserrhoden, Switzerland. People dress up in costumes and masks and go from door to door, wishing the locals a happy new year! They do this by singing a traditional Appenzeller yodel known as a Zäuerli. They also wear massive bells, so you can hear them coming. Here is how a Zäuerli sounds:

There are three different types of Silvesterklaus: the Schöne (‘the beautiful’), the Schö-Wüeschte (the ‘ugly-beautiful’, or ‘pretty-ugly’) and the Wüeschte (‘the ugly’).

Schöne
These Silvesterklaus costumes are very beautifully embroidered and often take hours and hours of work to complete. The masks are painted and extremely doll-like.
These costumes are modelled on the Tracht of the region (the traditional dress). 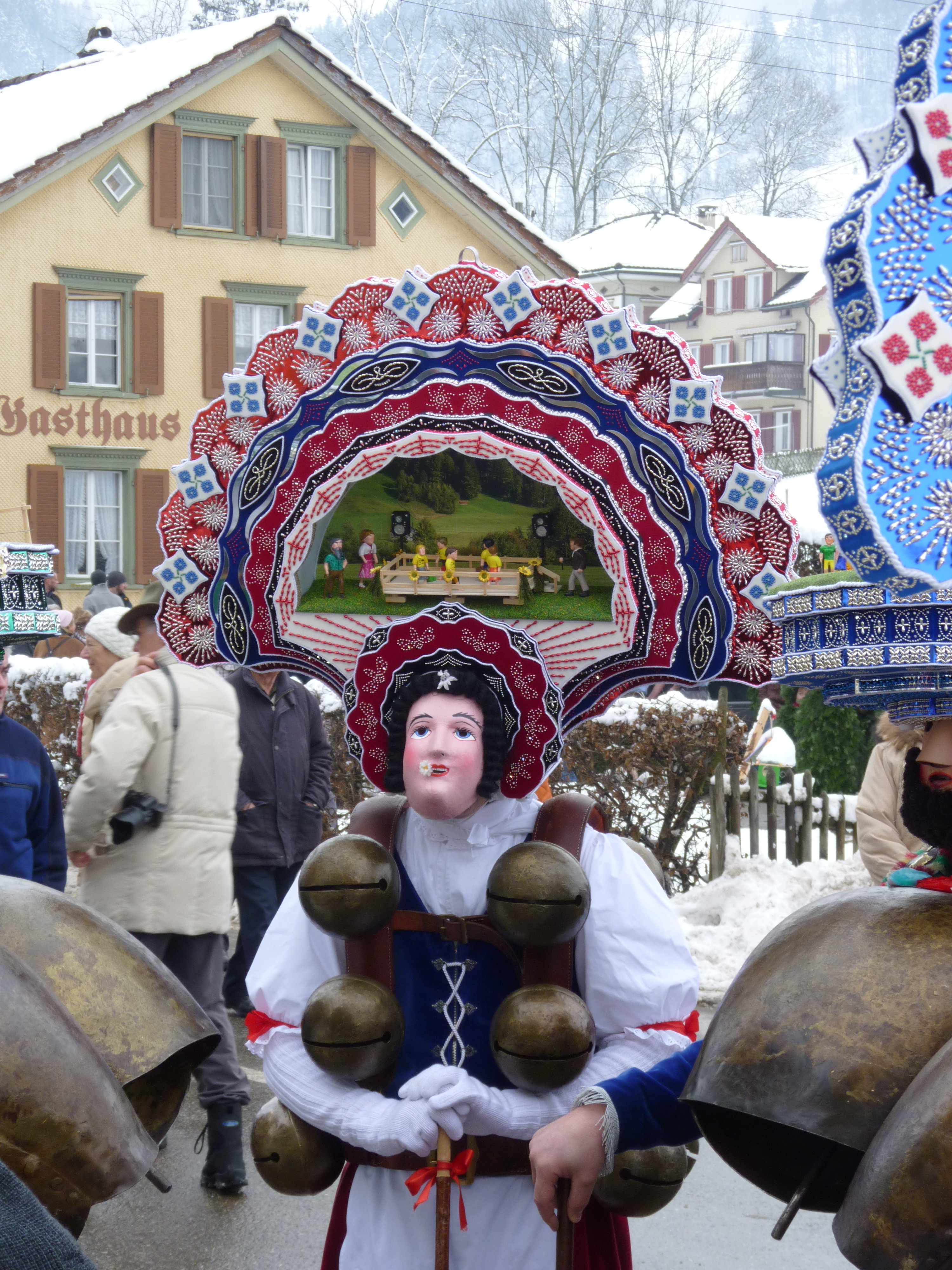 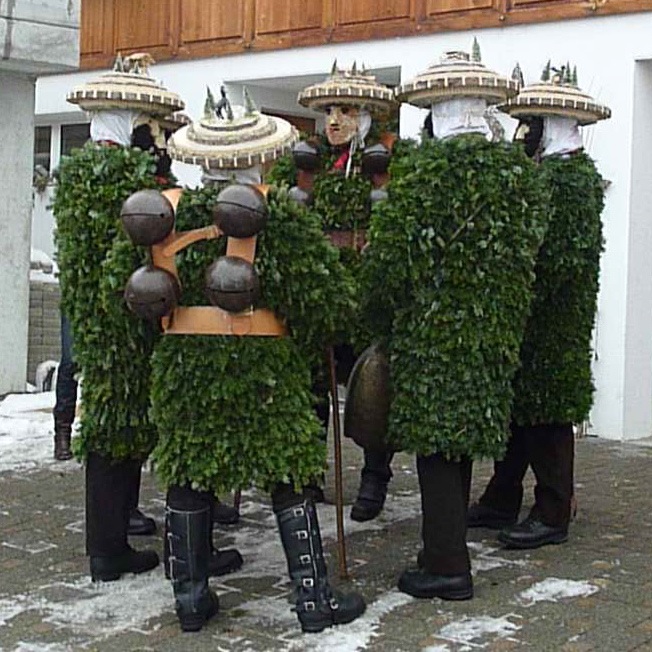 Wüeschte
The ‘ugly’ Silvesterklaus looks similar to the Schö-Wüeschte, but its costume is bigger, rougher, and its mask and headgear more scary-looking. Take a look at the video below to see the Wüeschte (at 1:16)!

The female characters are called Rollewiiber (Rolli for short). However, because of the size and weight of the costumes, traditionally it is only men who wear the Silvesterklaus outfit. Children also take part, but they do not wear masks.

This tradition happens twice: December 31st, the modern new year, and January 13th, in accordance with the ancient Julian calendar. The one on January 13th is known as Alter Silvester (‘Old New Year’).

It is not completely certain why or how this tradition emerged, but one theory is that it wards off evil spirits of the year gone by, so that the year ahead may be successful. Here is a clip of the Silvesterklaus at work!

There are similar traditions in other German-speaking countries. My mum grew up in Lower Bavaria, Germany, and when I mentioned the Silvesterklaus to her she said they had a similar thing but in the form of a band that would go door to door on New Year’s Eve and play music for all of the residents, who would give them a Bier or Schnaps in return! You could even request a song from them! This band was known as the Neujahrbläser.

Quite interesting, I think you’ll agree! I hope you’ve enjoyed this post!