Guten Tag, and wilkommen to week 3 of my series of posts on ‘untranslatable’ German words! In this series of posts I talk about one or more German words that there is no direct translation for in English. In my first post on this topic, I suggested that the reason for this was to do with the way the German language can combine several nouns to create new words, while the English language does not. Other times, a word will reveal something about German culture, and may exist only as a result of that. Each week I will bring you one or more of these ‘untranslatable’ words, and try to discuss its meaning (Note: I put inverted commas around the word ‘untranslatable’ because although the word itself cannot be translated, the meaning of it can be).

This week, I would like to introduce you to the word Gemütlichkeit.

What is the meaning of Gemütlichkeit?

Gemütlichkeit refers to a feeling of cosiness, contentedness, comfort and relaxation. It is difficult to translate using one word because it refers to a specific kind of feeling and situation that the words ‘cosy’ or ‘comfortable’ are too simple for. For example: A soft chair in a coffee shop might be considered ‘cosy’. But sit in that chair surrounded by close friends and a hot cup of tea, while soft music plays in the background, and that sort of scene is what you’d call gemütlich. Some might say that the Weihnachtsmärkte (Christmas markets) in München have a very gemütlich atmosphere. Gemütlichkeit has social connotations, but it is not restricted to that – you can experience it on your own, too. Another, less common meaning refers to the comfort of a well-off, middle-class life. In short, it refers to the comfort of an atmosphere or situation more than it does to the comfort of physical objects. Its definition is very vast!

What does Gemütlichkeit literally translate as?

The adjective“gemütlich” means ‘cosy/comfortable’, and by adding “keit” onto the end it becomes a noun meaning “the feeling of comfort/cosiness”. Interestingly, the noun Gemüt in gemütlich is also quite difficult to accurately translate: broadly speaking, it refers to mood and feeling.

How can you use it in a sentence?

Using the adjective, you can say “So gemütlich wie Zuhause wird es nie hier“, meaning something like „It will never be as cosy/comfortable here as it is at home”.

What is the nearest English equivalent?

It translates to “cosiness” or “comfort”, but those words aren’t adequate because they are too simple for the concept of Gemütlichkeit. 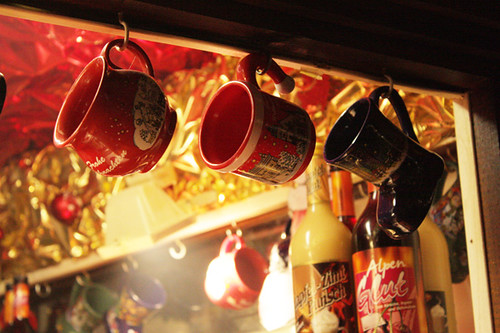