A 5 step guide to rhythm. Posted by hulda on Feb 6, 2013 in Icelandic grammar, Uncategorized 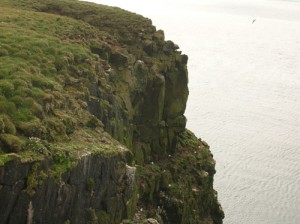 Like I promised last month, here’s the entry on the length of vowels and what determines whether a vowel is long or short. For example, why is the name Vala pronounced with a long first “a” but the name Valla with a short one? Why do the words gata (= street) and hús (= house) get long vowels, but gatnamót (= intersection) and húss (= house’s) only short ones? And what about Esja vs. espa (= irritate, enrage), why is Esja more like “eesja” when espa only gets to be “espa”?

To begin with, only the stressed syllables can have a long vowel. In Icelandic this means the first syllable of each word and sometimes, with longer words, also the third one. This extra stress can only happen in words of four syllables or longer, such as almanakið (= the almanac). Both monophthongs and diphthongs can be pronounced long or short.

Therefore in words such as fáni (= flag), kaka (= cake) and láta (= to let, allow) only the first syllable is long. 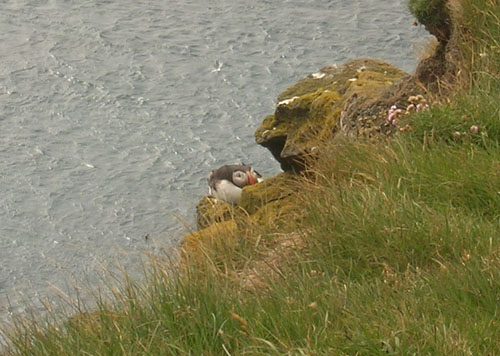 The two first photos are from Látrabjarg, the western-most place of Europe that also hosts the largest seabird community of the whole continent. 440 m drop down, just looking at it made me feel a bit ill. 😀

Compound words can also have these extras, but they are at the first syllable of each word used to make the compound word, not necessarily the first and the third. You’ll have to separate the words first to know where the stress goes: bílastæði (= a parking lot) has both a long í and a long æ because it’s made of the words bíll and stæði. In bíll (= car) the í is short, though, and this is because of the 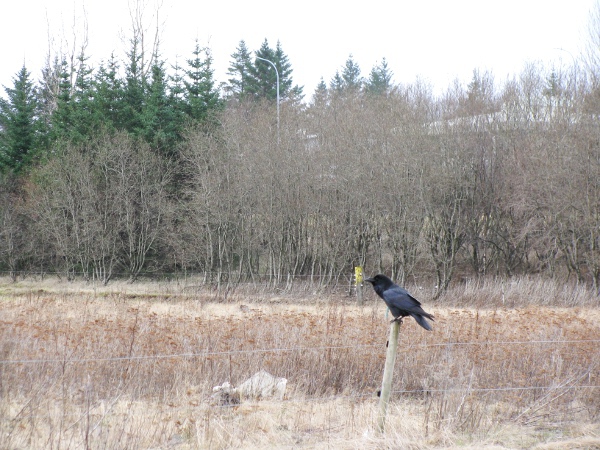 But there are words such as nepja (= chill, bitter cold) and letra (= to write, engrave, carve), which have a long first vowels despite the double consonants following them. How is this in any way logical? The good news is that it indeed is logical, the bad news is that it’ll take some effort to learn the rule of exceptional long vowels:

This one used to confuse the living daylights out of me so I’ll try to write the rule in as simple form as possible.

If the stressed vowel is followed by two consonants, the first of which is either

and the latter either

the first vowel is pronounced long.

Examples: tekjur (= income), veikja (= to weaken), vökva (= to water, irrigate) and lepja (= to lap). This one may be difficult to remember at first but don’t worry about it too much, it will eventually grow on as you use the language. It’ll help you a lot to listen to Icelandic music and paying attention to how much time each word gets. One of my favourites is the song Velkomin by Bróðir Svartúlfs; the lyrics can be found online. It may feel a bit too much because the words flood by so fast, but listening to songs like this one is exactly the way of learning the correct rhythm of words in a quick and easy way, and enjoying great music at the same time! 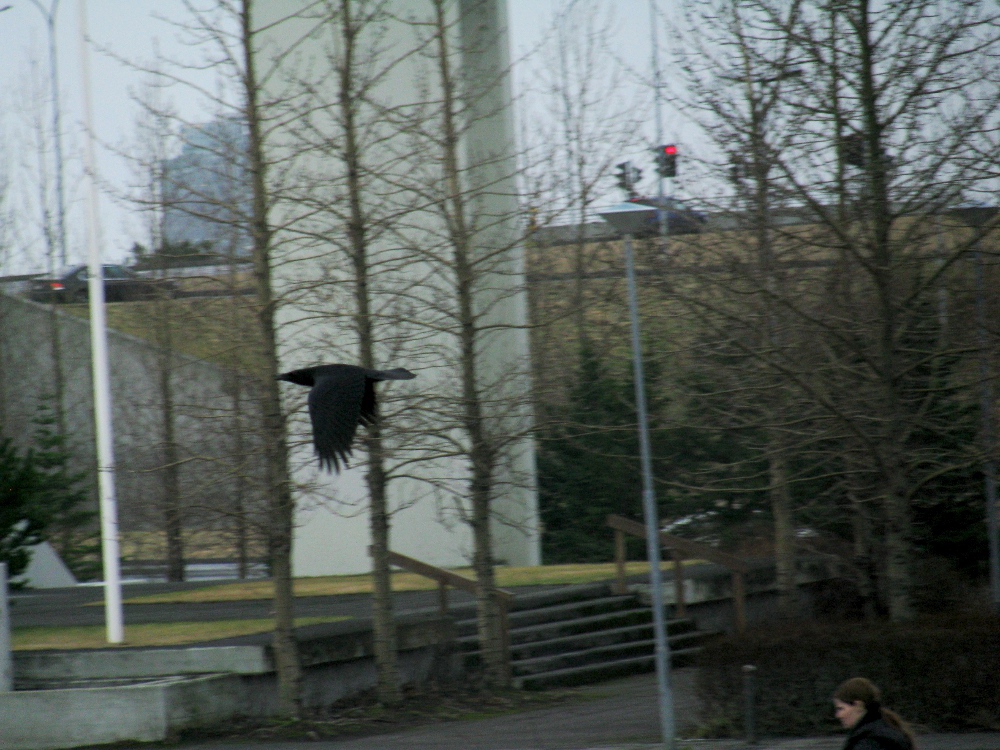 This one didn’t want to be photographed. I think it’s the resident raven of our neighborhood, he gets suspicious if you point him with anything at all, cameras included.

Further exceptions – no don’t run away, I promise these are easy!

Ahem. A word that is of clear foreign origin and has a fixed pronunciation, such as country names, do not get long vowels. Loan words that have become a part of the daily speech, such as kaffi (= coffee) and kanill (= cinnamon), go according to the rules above.

There’s actually one more situation where you may have a stressed syllable in an unusual place, it’s when the speaker is putting a stress on a syllable that otherwise would not have it simply to pull your attention to said syllable. To f.ex. note the gender of a word perhaps, that might be the most common one. Or stressing singular vs. plural. This is, however, so rare it almost doesn’t deserve a mention, but I thought to put it here anyway just to complete the set of rules.

I also made a short video of the names of typical Icelandic birds and tried to choose ones that could be used to compare the length of the stressed vowels. In compound words I try to pronounce extra carefully both words so that it’s easier to hear what, exactly, the words are.