An Ghaeilge agus an Iodáilis: ‘Àbaco’ go ‘Zombi’ i nGaeilge Posted by róislín on Apr 16, 2014 in Irish Language 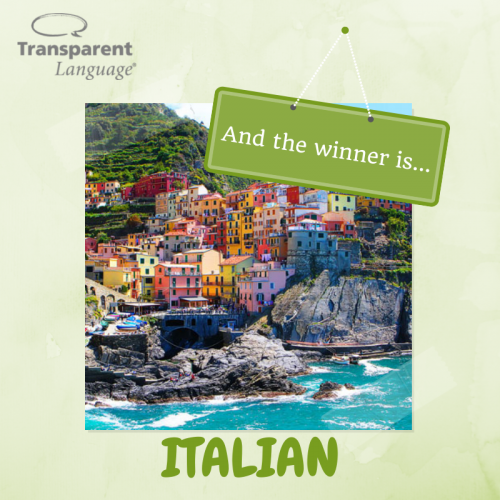 an Iodáil, (the) Italy.  Note that the word ‘the’ is quite common before country names in Irish.  It doesn’t bring up issues of “the-ness” and “thelessness” as we’ve recently seen in the media for ‘An Úcráin.’ Additional examples: An Ghearmáin, An Spáinn, An Iorua, An tSeapáin, An tSín, srl.

A few other Italian cities have recognized Irish names, among them ‘an Veinéis‘ and ‘Flórans.’  ‘Milan’ jumps to the actual Italian, ‘Milano,’ so we have, for example, “Forógraí Milano,” or for a more contemporary note, ‘faisean Miu Miu mainicíneáilte i Milano.’

And for ‘Naples,’ we apparently have an adjective, ‘Naipleach‘ (Neapolitan), but no separate name for the city itself (Napoli).

Some Italian words are exactly the same in Irish usage, especially if related to music, e.g. “allegro” and “pizzicato,” which can even be lenited as in “snap-phizzicato.”  Outside the music realm there are terms like “espresso láidir,” “espresso tathagach,” and “cappuccino.” The “Capuchin monkey,” however, is “moncaí caipisíneach.”  Both “cappuccino” and “caipisíneach” ultimately come from the Italian ‘cappùccio‘ (hood), referring to the characteristic brown color of the Capuchin monks’ hooded habits.

A few Italian words have very minor changes in Irish, especially if they already have vowel harmony: solfatára, strettó (adding the long marks) and “gondala” (with just a small vowel change)

Some borrowings get distinctively Irish spellings: áiria, baratón, díbhseach, and soprán, and outside of the music realm: brocailí, casaíne, fúmaról, spaigití. With some of these, there’s a good chance that the borrowing is more likely via English than directly from Italian.  In many cases, the new spelling now accommodates for Irish vowel harmony.

And some words, which in English are clearly Italian borrowings, get completely reformatted for Irish:

“falsetto”  becomes “cuach” for the voice or “cuachaí” for the singer; not surprisingly, the term “falsetto” itself can also be used

An actual “stiletto” (knife) is a “miodóg,” which also means “dagger,” but in fashion, for heels, there’s an adaptation, “stílín”

“zucchini” becomes “cúirséad,” clearly closer to the word used in Irish and British English for this vegetable, “courgette.”  “Zucchini,” though, is a nice reminder of the Italian word “zucca” (gourd, pumpkin, squash), of which it is a diminutive.

Sadly, to me at least, that archetypically Italianish adjective, ‘funicular’ (cf. ‘funicula,’ ‘fune,’ rope, cable) just becomes the prosaic ‘cáblach’ in Irish.  Logical enough, for a funicular (cable-based) railway, but somehow it seems to lack‘un certo non-so-che .‘ Now I’d love to see “funicula” with an Irish adjective ending, but it doesn’t really seem to be in the cards, or at least not in the dictionaries.

Finally, let’s look at a few words that happen to be similar in Italian and in Irish, but more from common linguistic ancestors than from direct borrowing:

abacas, abacus.  Iodáilis: àbaco.  This word is probably similar in many languages, but I venture to guess that only Irish and its sister tongue, Scottish Gaelic, have the “t-” prefix giving us the additional form “an t-abacas” (the abacus).  Hmm, maybe Manx as well, I’ll have to hunt for that one.

Bhuel, sin é, comhghairdeas arís leis an Iodáilis agus seo cúpla dóigh le “to tip the hat” a rá i dteangacha eile:  “levarsi il cappello” (Iodáilis), “tirar o chapéu” (Portaingéilis), and “tocarse el sombrero” (Spáinnis).  And the Irish for that appears to be “do lámh a chur i do hata do dhuine.”  Hmm, that’s a little hard to acronymize (like “HT” in English), but I’ll have to keep my eyes peeled for examples.  Can’t say I’ve really encountered that phrase much in daily life, though.  Maybe because more people wear caipíní these days and they don’t “tip” them.  Or maybe the Quaker practice of not doffing one’s hat has finally become entrenched (for a quick glance at the issue in history, check out http://www.jonwatts.com/dont-doff-your-hat-lyrics-listen/).  Pé scéal é, sin é don bhlag seo.  – Róislín

Nóta: My study of all the modern Romance languages is fairly limited, so any usage tips from readers would be appreciated.  I’ve cross-checked the phrases in Italian and other languages with various dictionaries, online and hard-copy, but from my experience with Irish, I know that these sources can sometimes lead us up (or down) the garden path.  Or as might be said in Irish, it can put the “dallamullóg” on us.  “Dallamullóg“?  It means “deception” and “delusion,” and, in the right context, “blindness in sheep.”