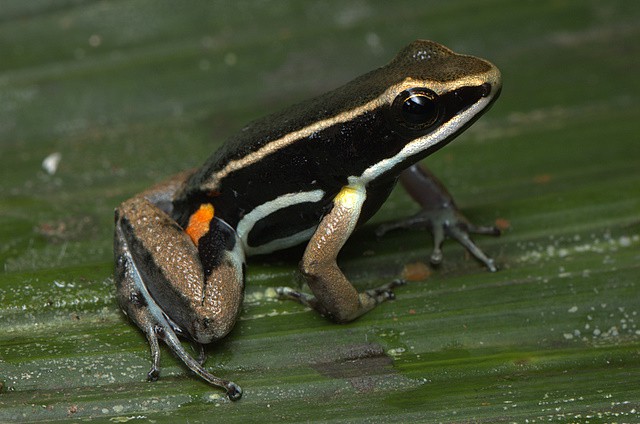 We interrupted our “Naoimh, Neimhe, Néimhe, Nimhe” sequence (nasc thíos) for an Easter preview, but now let’s go back to wrap up this thrilling excursion through the genitive case, stopping at the second declension.  The second who?  It’s a category of nouns in Irish with similar endings to show possession and plural and other features.  The concept of “declension” exists in Latin and in a few other languages (like Ancient Greek and Sanskrit), but not in Modern English, or Welsh, or Spanish, or French.  Tá samplaí Laidine thíos más mian leat breathnú orthu.

“Naomh,” as in “Naomh Pádraig,” was a nice example of a 1st-declenion noun in Irish.  Most, virtually all nouns in this category (maybe all?), form their genitive case by adding or inserting an “i” before the final consonant.  A classic example is “arán (bread; blas an aráin, the taste of the bread), with the “i” telling us we’re talking about the taste “of” the bread.”  So we’re not always dealing with ownership as such, with the genitive, but sometimes with a quality pertaining to the subject.  One more example before we finish reviewing “naomh and the first declension,” would be “rón” (seal, the animal that is; smugairle róin, a seal’s thick spittle, and this phrase is also used, aptly enough, for a jelly-fish).  Back to “naomh,” the genitive case is “naoimh,” with the inserted “i,” giving us the word for “of a saint.”  In certain combinations, like “tuama an naoimh,” it can mean “of the saint” (tuama an naoimh, the tomb of the saint).

Nóta maidir le ceannlitriú an fhocail seo: For Irish, in most, if not all, examples of this word that I can recall, “neamh” is not capitalized but for English, it is traditionally capitalized.  My personal preference is just to follow what is typical for each language.   Curiously (i mo bharúil féin ar a laghad), a different Irish word for “Heaven” is sometimes but not always capitalized: na Flaithis, or na flaithis.  With the meaning of “Heaven,” “Flaithis” is also inherently plural, so we use a plural form (sna) to say “in Heaven,” that is, “sna Flaithis.”  In the singular, “flaitheas” can have a variety of less theological meanings, like “rule” or “kingdom.”

“Néimhe” is the traditional form to show possession, but there is a trend just to keep “Niamh” as is. So we might have “áilleacht Néimhe” when talking about the beauty of Niamh Chinn Óir in the ancient story of Oisín in Tír na nÓg.  But it wouldn’t surprise me to see “fón póca Niamh” (Niamh’s mobile phone) when using the name in a modern context.

This spelling, “Néimhe,” is also being used as a name in its own right.  A recent Google search indicated some interesting results, including Facebook sites maintained by women named “Néimhe,” and an intriguing-sounding article quoting a six-year-old Neimhe Ni Bhrogain [sic, that is, with no long marks]: “Why I like My School: Neimhe Ni Bhrogain, Aged Six, Is a P3 Pupil at Gaelscoil Ul [sic] Dhochartaigh, Strabane, Co Tyrone” (nasc thíos).  So why does she like her school?  She says, “I really like my school because I get to speak Irish all the time and I love the language.”  Way to go, a Néimhe!  And since that article was written in 1999, that Néimhe would be about 17 now.  Cá bhfuil tú anois, a Néimhe?

Going back to the original spelling, and some anglicizations, there is an interesting discussion of “Niamh” (Neve, etc.) at the “behindthename” website.  Opinions are mostly positive (“gorgeous,” “beautiful,” “mysterious”) but occasionally scathing and vitriolic (“ugly,” “ugly looking” — mh’anam, a deirimse, cén chaoi a bhfuil “cuma ghránna” ar ainm?  Níl sa “chuma” ach litreacha! Níor chuala mé a leithéid de bhinb faoi ainm riamh!).  A few commentators are somewhat negative but more pragmatically, calling the name a “pronunciation nightmare” or an “issue” or comparing it to NiMH batteries).  Do bharúilse?  Nasc thios.

Of course, there’s always a chance that someone could be named “Neimhe,” either deliberately without the long mark or to mean “of Heaven.”  After all, the newish girl’s name “Nevaeh” has risen in popularity in the United States faster than any other name in the history of the Social Security Administration, which is a useful source for studying baby name trends (foinse agus nasc thíos).

Bhuel, that’s a lot of food for thought, especially for anyone on our list who’s contemplating baby names.  Meanwhile, an tríú focal:

So there we have them, a series of words from three blog posts, which sound somewhat similar but mean completely different things: naomh (naoimh), neamh-, neamh (neimhe), Niamh (Néimhe) and , nimh (nimhe).  And if that’s not enough, we could dip back to Old Irish with the following:

Bottom-line moral of the story?  Irish nouns usually have at least twice as many forms as English ones do, and in many cases, all the different forms can be lenited or eclipsed, further increasing the ways we spell or pronounce the word.  This blog post has dealt with one set of similar-sounding words, comparing their meanings and pronunciations in various contexts.  Tá súil agam go raibh sé seo suimiúil duit.

And what did all of this have to do with St. Patrick?  Our discussion started with “naomh,” the Irish word used to say “St. Patrick” (Naomh Pádraig).  SGF — Róislín

https://blogs.transparent.com/irish/naomh-neamh-neamh-niamh-nimh-which-one-pertains-to-st-patrick-and-how-do-you-pronounce-them/, Naomh, Neamh, Neamh-, Niamh, Nimh — Which One Pertains to St. Patrick and How Do You Pronounce Them? Posted on 17. Mar, 2016 by róislín in Irish Language