In my second indovinello fotografico (photo quiz), see Indovinello Fotografico 2 , I asked you to tell me what the connection was between the picture of a flower and la Torre di Pisa (the tower of Pisa). To answer this question you need to know that the flower is called a campanula, or bellflower, and that the leaning tower of Pisa, apart from being a famous tourist attraction, is un campanile (a bell tower). Here in Italy il campanile is very commonly a separate building from la chiesa (the church), or il Duomo (the cathedral), and in fact la Torre di Pisa is at least 20 meters from il Duomo di Pisa.

For the second part of the quiz I said that a knowledge of etymology (the origins of words) would be helpful. The question was: what is the connection between la Torre di Pisa and a kennel? It will help you to know that the Italian word for ‘kennel’ is canile. If you compare this word to campanile you will see that they both share the same ending: –ile. The suffix –ile has the following function: indica un luogo destinato a contenere o custodire qualcosa (it indicates a place that is destined to contain or keep something).

un fienile (a barn) is destined to contain fieno (hay)

It’s interesting to note that in English, due to its mixed linguistic roots, we use the word kennel, which comes directly from canile, and yet the inhabitant of the kennel is called a dog, which is a member of the canine (canina in Italian) species, hmm… and people say Italiano is complicated!

Now for another quick quiz. This morning I sent Geoff (mio marito), out into the snow with la macchina fotografica (the camera). He came back with about 50 photos, out of which I have chosen two: the first just to show off the beautiful landscape which we are lucky enough to live in, and the second one to challenge your knowledge of fruits! Yes now is the season for one of our favorite juicy orange fruits, examples of which you will see on the tree in the second photo. Allora, che cosa sono? (So, what are they?). 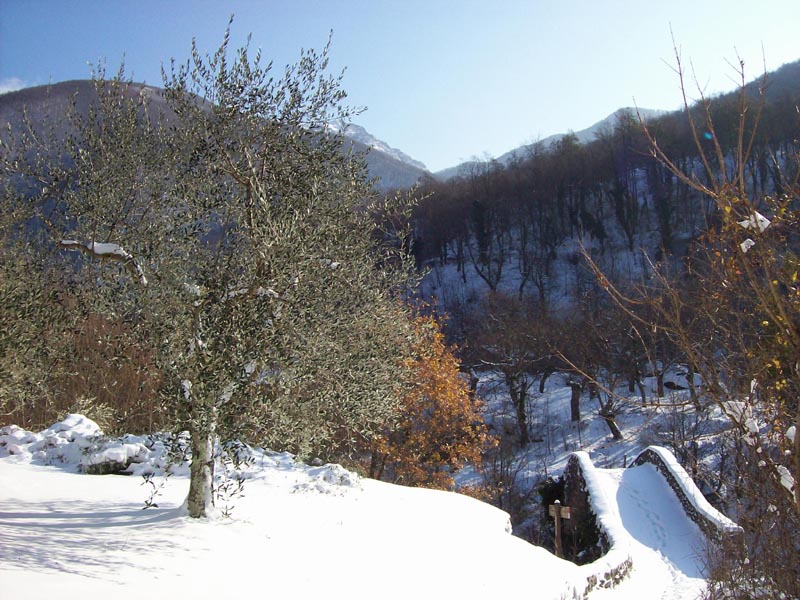 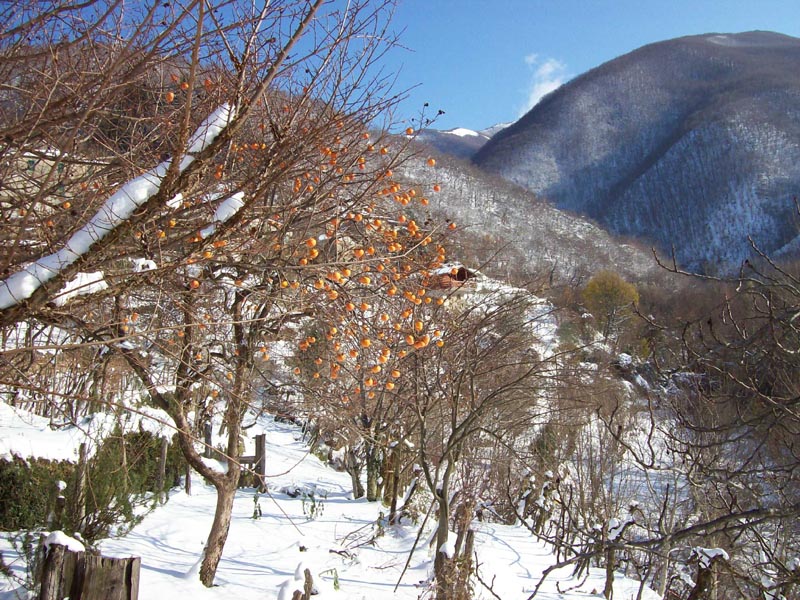