What is the biggest event in February (二月 nigatsu)?  Setsubun (節分), which falls on February 3?  For the entire nation, it may be.  Setsubun means to divide seasons (季節 kisetsu), dividing the winter and the spring (2/4). On Setsubun, people throw roasted soybeans at Oni, a demon (鬼), shouting ” Out with the demons. In with good fortune.” It is the tradition. But I have to say what could be more popular is Valentine’s Day due to the size of the market. 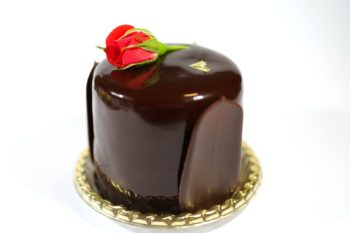 Then another unique Japanese custom came to be popular in the 1980s. That is called “giri choco” (obligatory chocolate 義理チョコ), reportedly another genius (天才的な tensaitekina) invention (発明 hatsumei) by the Japanese confectionary industry to broaden the market.  Women working in offices started to give chocolates to their male colleagues and bosses as a means of communication.

Thanks to these marketing strategies (戦略 senryaku), it is said that 20% of chocolate sales in Japan is registered during the Valentine’s Day period. In 2020, just before COVID-19 changed the whole world, the whole Valentine’s Day market (市場 shijou), including chocolate, amounted to US$1 billion, which was a significant amount for the retailers. Although there is no data available for 2020, the giri choco market reached US$18 million in 2017.

It was a huge “wasted” expense for female employees, and a very stressful time for male employees as the number of chocolates indicated the popularity inside the company. So some companies prohibited (禁止するkinshisuru) the chocolate giving activity entirely.

However, things have been changing in Japan. According to Rakuten, although the ratio of women giving a gift on Valentine’s Day is still higher than that of men, Japanese Valentine’s Day has been getting closer to the Western one. Out of those who would give a gift on Valentine’s Day, 77.8% is to their partners, 27.7% to their children, 26.2% to their colleagues, bosses, and business clients, and 19.8% to their parents. Very little percentages of women and men purchase a gift to a real crush to confess. Also, Covid-19 has contributed to so many social changes in Japan, and giri Choco has become a victim (被害者 higaisha) of the COVID-19-induced social change.

Thanks to the remote working environment and limitation of after-work drinking, the socialization obligation has decreased a lot, and the need for the giri choco decreased accordingly. Another reason for the decline is that giri choco can be perceived as “environmental sexual harassment (セクハラ sekuhara).” However, the Valentine’s Day market is expected to continue to be strong without giri choco. That is because people have started to spend money on premium chocolates not only to give them to special someone but also a gift to themselves.

Japanese Valentine’s Day cannot be discussed without talking about White Day (ホワイトデイ howaito dei) – another ingenious invention by the Japanese confectionary industry. White Day is on March 14 and began in 1978. It used to be called Marshmallow Day. It is a day when men must return something to women who gave them gifts on Valentine’s Day. A marshmallow manufacturer invented chocolate wrapped in the marshmallow, signifying “I am returning the chocolate wrapped in marshmallow, which is soft like my gentle heart.”  Men must return gifts even for the giri choco. This can be another reason why people are happy that the giri choco culture is on the decline. By researching, I found out that each White Day gift has a meaning.

Here are popular gifts on White Day and their meaning. 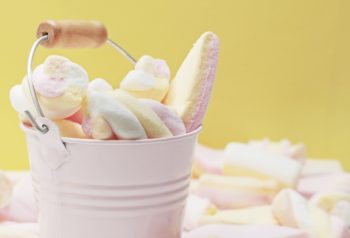 Candies: Gift to the real crush! As candies do not melt easily, they signify that the relationship will last for a long time. It seems every flavor has added meaning.

Marshmallow: Before the White Day, the day was called Marshmallow Day as I just wrote. But nowadays, it has changed to a completely different meaning. As a marshmallow melts easily in the mouth, it now means “I want to forget about you soon” or the relationship will not last long. But there seems to be a contradicting opinion to this, saying that there was no negative meaning.

Cookies: Cookies signify that “I just want to be a friend.” While it may be a disappointment to receive them, one can use cookies to give to good friends.

There are a lot more on the page, but I feel like I am getting a cavity (虫歯 mushiba) just reading and writing about it! Do people really think about these special meanings? I rather want to doubt it.