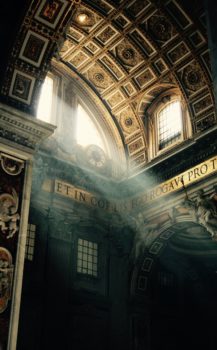 Photo by Chad Greater on Unsplash

During the month of September, two literary events are celebrated. They are National Library Card Sign Up Month and Banned Books Week. Both celebrations are meant to bring awareness to the resources of libraries as well as current censorship. This month’s blog will be reviewing Ancient Roman libraries as well as banned books (or censored books) during antiquity.

The benefit of public libraries allows citizens (perhaps even non-citizens) to enrich and ameliorate their life and position (in life) through free resources. For a society, community, or civilization to truly thrive – all persons should have the ability to thrive. The first public Library, The Library of Ashurbanipal, was established in the seventh century BCE in Assyria.

Rome’s public libraries did not open until the late first century BCE. During the reign of Augustus, the Temple of Apollo, the Atrium of Liberty and the Porticus of Octavia served as public libraries in Rome. However, the emperor still maintained control over the libraries’ contents.

Roman libraries came to be the place where an author first released their work to the public, reading out loud to a small audience. I think back to a famous scene from I, Claudius where Claudius debuts his History of Carthage, I believe.

As with other elements of their culture, the Romans spread the idea of public libraries across their empire with famous ones being established at Ephesos (the Library of Celsus) Athens (the Library of Hadrian), and Herculaneum (Villa of the Papyri). 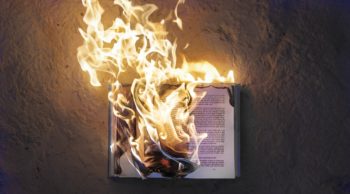 Photo by Fred Kearney on Unsplash

The question often comes up, why ban a book?

People ban books that they believe are unfit for consumption due to themes, plots, ideas that are opposite of what their ideals are. Often time, in modern-day, books for children and teens are challenged and banned because parents, teachers, or other adults feel topics are too mature for their age. There are, of course, other reasons that are a bit more political which are similar to ancient Roman reasons:

In 8 CE, Augustus sent the poet Ovid to exile and removed his unsavory Ars Amatoria (“The Art of Love”) from public libraries. This banning and exile occurred because Augustus’ reign was centered around the morales of the Roman family; while the Ars Amatoria was a bit more risque about love and romance than emphasizing the Roman family. Ovid died in exile in Greece eight years later.

The emperor Caligula opposed the reading of The Odyssey, written more than 300 years before. He thought the epic poem was dangerous because it expressed Greek ideals of freedom.

Under the emperor Diocletian, the texts of the followers of Mani, the Manichaeans, were ordered to be burned as well as their leaders.

Well, I hope that I have given you some things to ponder and think about in regards to Libraries and Banned Books. Looking forward to your comments and thoughts in the comments.