Today, we will be talking about Halloween, or rather one of the closest equivalences to Halloween in Ancient Rome: Lemuria.

So, by closest equivalence – I meant that it is the day(s) of the year that Roman believed ghosts could/would affect their family and needed to be appeased. This is the root of Halloween and similar holidays celebrated around Halloween – ghosts visiting people (whether friendly or mean is the question). 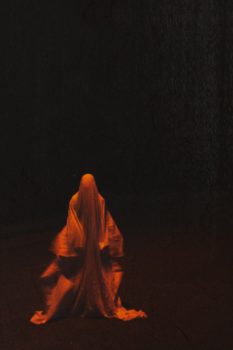 Photo by Kevin Escate on Unsplash

The Lemuria (sometimes seen as Lemuralia) was a feast in Ancient Rome in which Romans performed rites to banish ghosts from their home. This festival dates back to the 6th-century B.C.E until about the 3rd century C.E.

The term lemures or larvae is associated with the notion of unwholesome specters of the restless dead. However, according to Ovid, the term Lemuria is a derivative from Remuria relating to Remus. Ovid in Fasti says this particular rite was established by Romulus to appease the spirit of this brother, Remus, whom he had killed.

Ovid notes that at this festival it was the custom to appease or expel the evil spirits by walking barefoot and throwing black beans over the shoulder at night. Other accounts mention the beans being spit out of the mouth. The beans were symbols of offering so – the shoulder makes more sense. 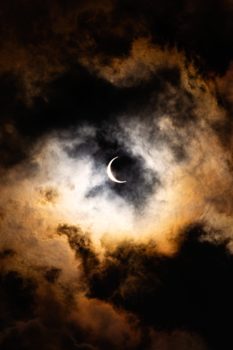 Photo by Vino Li on Unsplash

It is important to remember that this festival was private and domestic rather than civic or public.

So, it was the head of the household (which may vary depending on the household) who was responsible for getting up at night and walking around the house throwing black beans and repeating the following incantation nine times.

“I send these; with these beans, I redeem me and mine”

It is important to remember that magic and superstition were part of daily Roman life.

Because of this annual exorcism of the noxious spirits of the dead, the whole month of May was rendered unlucky for marriages, whence the proverb Mense Maio malae nubunt  or”Bad girls wed in May”.

Temples were closed and marriages were prohibited during the three days of the Lemuralia. On the third day, a merchants’ festival was held to ensure a prosperous year for business.