Salvete Omnes, I will be continuing and finishing this short series about Ancient Roman Serial Killers. This month’s focus is on two figures who may be identified as “serial killers” however, they were part of a larger group (organization?) conducting murders.  For those die-hard fans of true crime, I do understand that serial killers have MANY motives and have various identifiers. For the sake of this blog series, we are looking at known individuals who killed numerous people and/or made a profession of it (no trophies, no gruesome rituals, etc.).

The main story for this poisoning comes from Livy’s “History of Rome” 8.3-11 and takes place in the year 331 BCE.

WHAT: THE GREAT SICKNESS OR POISONING? 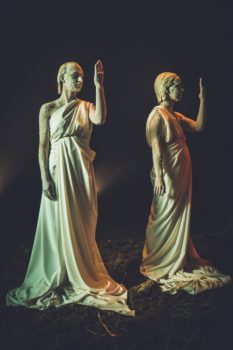 One thing, however, I should be glad to believe had been falsely handed down —and indeed not all the authorities avouch it —namely, that those whose deaths made the year notorious for pestilence were in reality destroyed by poison; still, I must set forth the story as it comes to us, that I may not deprive any writer of his credit. [4] when the leading citizens were falling ill with the same kind of malady, which had, in almost every case the same fatal termination, a certain serving —woman [5] came to Quintus Fabius Maximus, the curule aedile, and declared that she would reveal the cause of the general calamity if he would give her a pledge that she should not suffer for her testimony.

Fabius at once referred the matter to the consuls, and the consuls [6] to the senate, and a pledge was given to the witness with the unanimous approval of that body. [7] she then disclosed the fact that the City was afflicted by the criminal practices of the women; that they who prepared these poisons were matrons, whom, if they would instantly attend her, they might take in the very act. [8] they followed the informer and found certain women brewing poisons, and other poisons stored away. These concoctions2 were brought into the Forum, and some twenty matrons, in whose houses they had been discovered, were summoned thither by an apparitor.

WHO AND THEIR ENDING

Two of their number, Cornelia and Sergia, of patrician houses both, asserted that these drugs were salutary. [9] on the informer giving them the lie, and bidding them drink and prove her charges false in the sight of all, they took time to confer, and after the crowd had been dismissed they referred the question to the rest, and finding that they, like themselves, would not refuse the draught, they all drank off the poison and perished by their own wicked practices.

[10] their attendants being instantly arrested informed against a large number of matrons, of whom one hundred and seventy were found guilty; [11] yet until that day there had never been a trial for poisoning in Rome. their act was regarded as a prodigy and suggested madness rather than felonious intent. 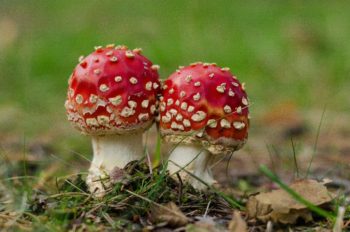 translation “leading citizens.” Was this a political mass murder? An organized stance against men or husbands? Is Livy correct to say all these women were “mad” and not acting from malicious intent?

Probably not – a group of women would not be so organized if they were truly mad – but at least that would hush up the idea of rebellion or chaos among women.

The type of poison is not disclosed – but it is assumed it would be have been some sort of vegetation.

This group of women is often referred to as the poison ring – probably a double meaning. A ring or group of women could be meant BUT also, the fashionable item is known as a vessel ring which was popular in ancient Asia, India, and eventually the Meditteranean.

I received a request for a blog post on the “evil eye” and ancient spells.  In particular about how people of the ancient world had ways to cast spells or hire someone to do it for them. It should be an illuminating post – looking forward to sharing next month!