This month, I will be kicking off a short series about Ancient Roman Serial Killers. I just got finished watching Dexter New Blood and now I think we start a true crime kick.  This month’s focus is on one of the first figures who is identified as a “serial killer.” For those die-hard fans of true crime, I do understand that serial killers have MANY motives and have various identifiers. For the sake of this blog series, we are looking at known individuals who killed numerous people and/or made a profession of it (no trophies, no gruesome rituals, etc.). 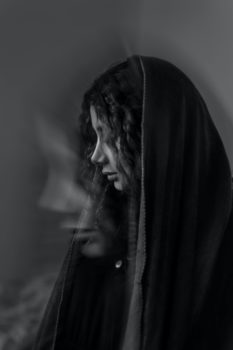 Photo by Mahdi Bafande on Unsplash

Locusta was a notorious maker of poisons in the 1st-century Roman Empire, active in the final two reigns of the Julio-Claudian dynasty. She supposedly took part in the assassinations of emperor Claudius and his son, Britannicus. She was a favorite of emperor Nero for several years, and Nero had her provide training to other poisoners in his service.

The part that is uncertain is if she enjoyed poisoning or if it was her profession as a contract killer. It should be noted in the translation below, that she is regarded as an acclaimed poisoner BEFORE she poisons Claudius or Brittanicus.

WHAT: DEATH OF CLAUDIUS

Tacitus’ Annals 12.66:
Under this great burden of anxiety, he had an attack of illness and went to Sinuessa to recruit his strength with its balmy climate and salubrious waters. Thereupon, Agrippina, who had long decided on the crime and eagerly grasped at the opportunity thus offered and did not lack instruments, deliberated on the nature of the poison to be used. The deed would be betrayed by one that was sudden and instantaneous, while if she chose a slow and lingering poison, there was a fear that Claudius, when near his end, might, on detecting the treachery, return to his love for his son. She decided on some rare compound that might derange his mind and delay death. A person skilled in such matters was selected, Locusta by name, who had lately been condemned for poisoning, and had long been retained as one of the tools of despotism. By this woman’s art, the poison was prepared, and it was to be administered by a eunuch, Halotus, who was accustomed to bringing in and tasting the dishes.

Suetonius’ Life of Nero [33.2]
He attempted the life of Britannicus by poison, not less from jealousy of his voice (for it was more agreeable than his own) than from fear that he might sometime win a higher place than himself in the people’s regard because of the memory of his father. He procured the potion from an archpoisoner, one Locusta, and when the effect was slower than he anticipated, merely physicing Britannicus, he called the woman to him and flogged her with his own hand, charging that she had administered a medicine instead of poison; and when she said in excuse that she had given a smaller dose to shield him from the odium of the crime, he replied: “It’s likely that I am afraid of the Julian law;”​and he forced her to mix as swift and instant a potion as she knew how in his own room before his very eyes. Then he tried it on a kid, and as the animal lingered for five hours, had the mixture steeped again and again and threw some of it before a pig. The beast instantly fell dead, whereupon he ordered that the poison be taken to the dining room and given to Britannicus. The boy dropped dead at the very first taste, but Nero lied to his guests and declared that he was seized with the falling sickness, to which he was subject, and the next day had him hastily and unceremoniously buried in pouring rain. He rewarded Locusta for her eminent services with a full pardon​ and large estates in the country, and actually sent her pupils 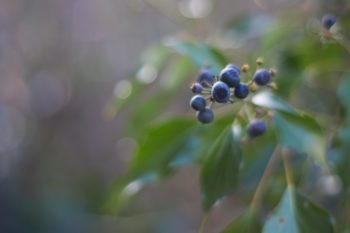 Photo by Wolfgang Hasselmann on Unsplash

She reportedly advised Agrippina to use Atropa belladonna as a poison. Extracts of Atropa have been used for poisoning since antiquity, as the plant and its fruits contain tropane alkaloids. Atropa-derived poisons were commonly used in ancient Roman murders [hint to more entries for this series], and the previous empress Livia reportedly used them to murder her contemporaries.

All good things must come to an end, so, following Nero’s death, Locusta was executed by his successor, Galba.

According to Cassius Dio’s History [64.3], “In the case, however, of Helius, Narcissus, Patrobius, Locusta, the sorceress, and others of the scum that had come to the surface in Nero’s day, he ordered them to be led in chains throughout the whole city and then to be executed.”