Many people hear the “Latin” and think – well no one speaks Latin anymore. Beyond the classrooms and religious building, Latin is most commonly spoke in the land of Hollywood. However, Hollywood does not always do their homework when writing Latin. First of all, why magic must be Latin is never made sense to me. You would think magic of any kind would be in the oldest language – which is not Latin. Here is a timeline of language that gives several other languages precedence over Latin being used for spells and magic.

Supernatural is a long-running series which will be ending this year in its 15th season! While I have watched a few episodes and series, I have not been keeping up to date. However, but from a true fan, I was told the Latin in the show was stellar. So here is an examination of it: 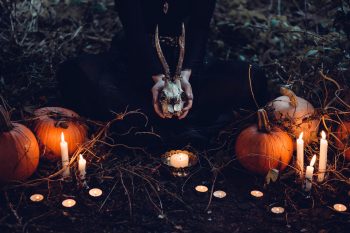 LITERAL TRANSLATION: We exorcise you, every/all impure spirit, every/all satanic power, every incursion of the infernal adversary. Every legion, every congregation and diabolical sect. Therefore, you cursed dragon. You make/cause your church to serve/be enslaved to you with peace and liberty. We beseech thee, hear us.

TRANSLATION: We exorcise you, every impure spirit, every satanic power, every incursion of the infernal adversary. Every legion, every congregation and diabolical sect. Thus, you cursed dragon.  thy church to serve Thee in peace and liberty. We ask thee to hear us.

NOTES: The Latin sounding more biblical with thee/thou. One note, I was curious about was “ rogamus” was it feels it would be better as a subjunctive especially a subjunctive of wish so “rogemus.” Facio , facias, with an infinitive, servire, can illustrate the notion “to cause”

ANALYSIS: The topic of exorcism can be a tricky one for people since some people believe that they are real and true. There are articles about the effectiveness of Latin in exorcism. However, I would argue that if demons have existed wouldn’t an older language like Greek or Egyptian or Aramaic. The wording on here is odd, but fans talk about this at length here.