Mythology in Space: A Reunion 400 Years in the Making Posted by Brittany Britanniae on Jul 20, 2016 in Roman culture

Salvete Omnes! I hope everyone had a good weekend! As you might have seen this month, the spacecraft Juno has finally made orbit around the great gas giant, Jupiter! 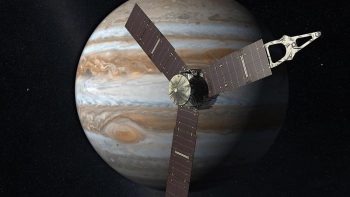 Astronomers may be most excited by this new milestone of planetary science for the opportunity to get a peek at the constituent materials of the Jovian planet, but classicists might be particularly tickled by the delivery of the (very, very) long-awaited punchline to a Roman mythology joke that has taken about 400 years and generations of astronomers to set up.

But, to get the joke, one might need to brush up on their ancient Roman culture trivia:

Even if you aren’t an astronomer, if you are an enthusiast for Roman mythology you might remember the names of Jupiter’s moons if you ever heard them. Well, Jupiter has at least 67 known moons or satellites, but the largest four are named: Europa, Ganymede, Io, and Callisto.

Those names ring any bells?

Johannes Kepler, a famous astronomer, suggested to his friend and fellow astronomer, Simon Marius, that the moons he discovered around Jupiter should be named after lovers of Jupiter. 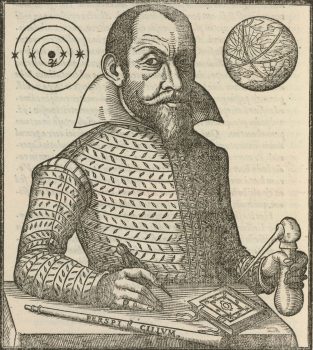 Although Galileo discovered the moons at the same time and named them after the renowned Medici family, Marius still published his own findings.

(“The Jovian World, discovered in 1609 by means of the Dutch Telescope”)

This book featured the four names we use today, names that Galileo steadfastly refused to use, with Simon simply saying:

Although its not quite Classical Latin, here’s the title page in its original Latin for your translating fun! 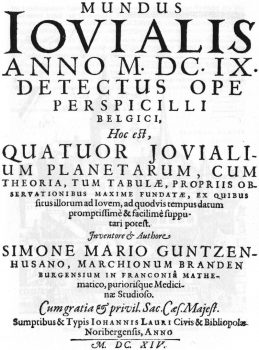 These four names belonged to a few of Jupiter’s mythological conquests:

Europa was a Phoenician woman who was abducted and carried away by Jupiter, who had disguised himself as a white bull among her father’s herd. Jupiter swam with her on his back to Crete where he made her the first queen of Crete.

Ganymede was a young boy famous for his beauty. After Jupiter paid the boy’s father with horses, the god took him to Mount Olympus to be his cup-bearer. Juno regarded Ganymede as a rival for her husband’s affections.

Callisto was a virgin companion of Diana. Jupiter, however, tricked Callisto by disguising himself as Diana and lured her into his embrace. When she became pregnant and was discovered by Diana she was punished and transformed into a bear.

These re-tellings seem perhaps crude, as there are several versions and variations of each story which stretch far into other myths as well. Please share your favorite versions!

But the one that is perhaps the most relevant story in this situation is the story of Jupiter and Io.

Io was a priestess for Juno, ironically, in Argos when Jupiter noticed her. There are many versions of the myth. In one, Jupiter attempts to hide his affair with Io by concealing himself in clouds. In another version, he transforms himself into clouds, as imagined in the painting below. In either version, Juno is not fooled and sees through the clouds. Juno duly discovers them, even though Jupiter then transformed poor Io into a cow to try to hide her. She was later given her human form back, but not after suffering from a gadfly infestation that Juno sent after her, of course.

Following these names, it became a pattern that the moons found orbiting Jupiter would be named after his lovers and some after his offspring. Considering the fact that so many moons and satellites have been discovered over the past century that astronomers still think there may be even more to find, it is a very appropriate naming process given the insatiable nature we all know Jupiter was famous for.

The celestial Jupiter in our sky seems to be just as greedy as its gravitational field holds tight to dozens and dozens of objects.

However, as astronomers have been discovering more of Jupiter’s lovers circling him, they had never named any objects after his actual wife, Juno.

This is perhaps also fitting; as we know, Juno would never just orbit idly by with the rest of Jupiter’s extramarital conquests. 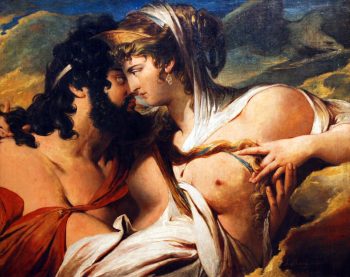 Juno, the ever-watchful and probing detective of her husband’s unsavory secrets, was instead launched from Cape Canaveral and is working with us mortals to finally get a close look at her husband’s inner-workings.

After 400 years of populating Jupiter’s gravitational field with symbols of the unfaithful god’s countless affairs, it is only fair that the symbol of his wife would be as inquisitive and cunning as we remember Juno in mythology, with her eye squarely on Jupiter and his secrets.

As Juno entered Jupiter’s orbit this month the tableaux of the marriage of two of the most ancient gods has been completed, and the final punchline delivered to this funny situation: Juno reunites with her husband to peer through those clouds mortals can’t see through to once again see just what exactly has he been up to these past millennia.