Salvete Omnes! I hope the summer is going well for everyone here in the Northern Hemisphere. Although the hottest part of it is behind us, hopefully, things were heating up for the Ancient Romans around this time.

This week we’re going to be looking at the festival called Vulcanalia! 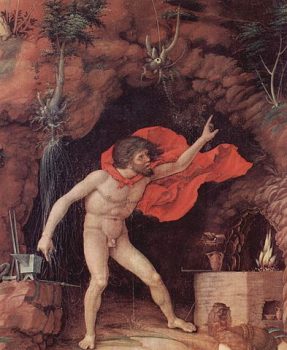 Vulcanalia takes place on August 23rd every year and observes the power of the god Vulcan. Vulcan was the god of fire; fire of the volcanoes, of metalworking, and the forge. Romans also took this time to show respect for fire. For the Romans there were two kinds of fire, the constructive fire such as the fire of a candle and the fire used by a blacksmith, and the destructive fire that could decimate their crops or granaries. 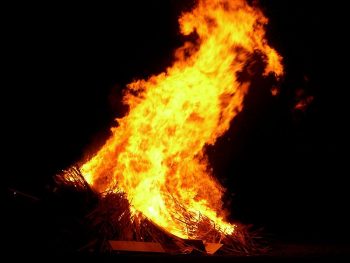 The activities of this festival included large bonfires. The bonfires were then fed fish and other small animals as sacrifices to appease Vulcan.

It might seem strange that the Romans would decide to hold this sizzling festival during the hottest part of summer, but this was intentional. Because of the summer heat there was a higher risk of fires taking over their crops and harvests. In this way, the Romans were trying to keep Vulcan from letting brushfire steal their food when he was most likely to let it happen. This makes sense since the Romans also held a festival dedicated to observing the filling of the granaries on the 21st called Consualia. 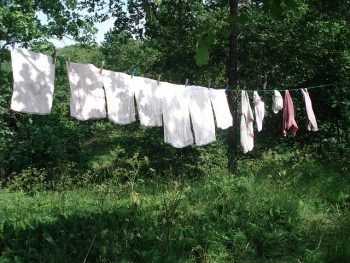 It was also part of the observations that people would hand out their clothes under the sun. This could reflect a connection between Vulcan and the divinization of the Sun.

This was a peaceful and modest festival. There were only one set of ludi (“games”), the Ludi Volcanalici , that was held by Augustus in 20 B.C.E. These ludi were and used by Augustus to mark the treaty with Parthia and the return of the legionary standards that had been lost at the Battle of Carrhae in 53 BC. 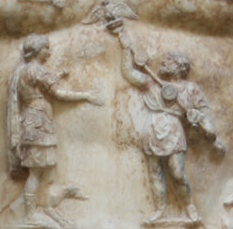 Detail of the Augustus of Prima Porta (Vatican Museums, Rome) showing a Parthian man returning the eagle standards to Augustus after they were lost by Crassus at the Battle of Carrhae in 53 BC. Courtesy of Wikimedia Commons.

On a darker note, it has been widely believed, by the Romans as well, that a particular event occurred ironically the day after the Vulcanalia celebration: 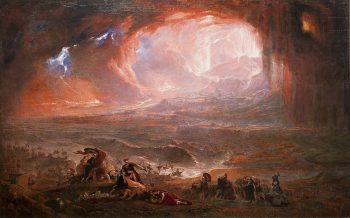 The restored version of John Martin’s Destruction of Pompeii and Herculaneum. Courtesy of Wikimedia Commons.

Although many historians now believe that the eruption of Mount Vesuvius occurred in October, it is commonly believed that it occurred the day after the Vulcanalia festival on August 24th 79 A.D.

He (Elder Pliny) was at Misenum and he was in command of the fleet. On the ninth day before the first of September at about the seventh hour, my mother indicates to him that a cloud of unusual size and shape is appearing.

(Interestingly, you might recognize the two tenses in the Latin. The first sentence is in imperfect [erat, regebat] which indicates an ongoing and incomplete action in the past. The tense then switches to the present [indicat] for the more narratively interesting “historical present”. It is understood that this present tense is used for events that took place in the past to placed the reader in the time.) 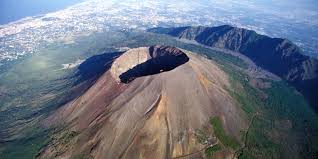 If you are interested in learning more about the Mount Vesuvius eruption and the destruction of Pompeii you can see more of our articles here and here.

The ironic juxtaposition of such a tragic, firey event taking place right after honoring the god of fire  – indeed piled with the further irony that our word “volcano” is derived from Vulcan – makes the festival of Vulcanalia all the more interesting!