What was the Saturnalia? Posted by Brittany Britanniae on Dec 4, 2013 in Latin Language, Roman culture 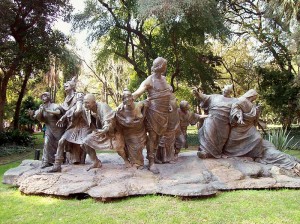 Saturnalia by Ernesto Biondi, 1899
Depicts 10 life-size figures, who each represent a different social class in Rome, from the gladiators and slaves to the patricians during the Saturnalia.

WHEN
Saturnalia was an Roman festival held in honor of Saturn from December 17th to December 23rd.

FOR WHO
Saturn was the Greek equivalent of Cronus. Saturn/Cronus was the father of the Olympians. He was the patron god of the Capitol, generations, plenty, wealth, agriculture, liberation, and time. 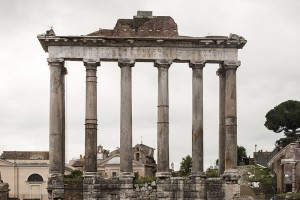 WHERE
The holiday was celebrated at the Temple of Saturn with a sacrifice and then a public banquet in the Roman Forum.

HOW TO CELEBRATE
After the sacrifice and communal feast, a continuous carnival like party would ensue with activities like gambling, gift-giving and even dancing. Gambling (mainly dice-playing) was permitted for all even slaves. However, the stakes were usually only a few coins or simply nuts.  For the Calendar of Philocalus (seen here; scroll to the bottom to see December) the depiction of December is man in a fur coat next to a dice table. The caption along the side translates to “Now you have license, slave, to game with your master.” 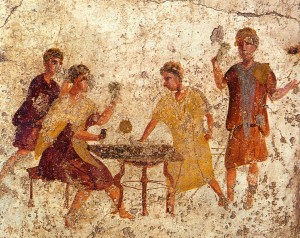 Dice players in a wall painting from Pompeii

The Saturnalia was one of the only “carnival” like days in which the slaves of a household were masters for a day! Masters would wait on and serve their slaves during this holiday. Catullus calls it the optimo dierum or ” Best of Days!”(Catullus 14.15). Other sources say that masters and slaves only dined together as equals. Regardless of the particulars, Saturnalia was obviously a day of role reversal and breaking normal social boundaries. Furthermore, slaves were permitted to disrespect their masters and escape punishment (for that day). It was a holiday in which free speech was tolerated as the poet Horace called it libertas Decembri or  “December liberty.” 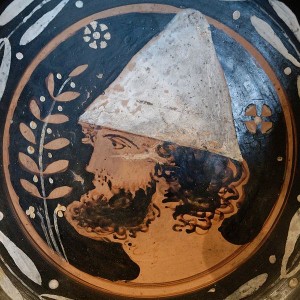 WEARING WHAT
The toga, which the iconic dress for all respectable Roman citizen, was discarded for this day. Instead, the Greek clothing known as synthesis was adopted. While quotidian,  Roman citizens went about bare-headed during Saturnalia they worn the pilleus. The pilleus is a cone like felt cap that usually denotes the stature of a freedman (a slave who is freed by their master, but not quite a citizen). Slaves were not allowed to wear this “freed” cap, but for the Saturnalia everyone wore them so that there was not class distinction.

WHAT WOMEN WERE DOING
The participation of freeborn Roman women (in comparison to slave women, who would be participating) depended on the custom of the time. In the Republic, a woman presence in such debauchery would be unseemly. However from the late Republic and onwards, their presence in socially situations became more frequent.

ANTICIPATION
Seneca looked forward to the holiday. The following was found in a letter to a friend.

It is now the month of December, when the greatest part of the city is in a bustle. Loose reins are given to public dissipation; everywhere you may hear the sound of great preparations, as if there were some real difference between the days devoted to Saturn and those for transacting business. … Were you here, I would willingly confer with you as to the plan of our conduct; whether we should eve in our usual way, or, to avoid singularity, both take a better supper and throw off the toga.

SOURCES
While, Seneca, Horace, Catullus, and the Calendar of Philocalus prove to be excellent sources; the best source comes from the multivolume work of Macorbius. Macrobius describes the Saturnalia almost as a festival of lights leading up to the winter solstice (Dec. 21/22- longest night of the year). This notion is further seen in the later celebration (during the Roman Empire) of the Dies Natalis of Sol Invictus: “Birthday of the Unconquerable Sun,” on December 25. 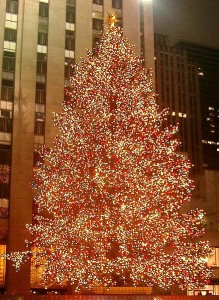 CHRISTMAS
The popularity of Saturnalia ensued until the 3rd and 4th centuries AD. As the Roman Empire came under Christian rules, many of the practices from Saturnalia were adopted in the celebration surrounding Christmas and New Year. While Saturnalia was originally a festival to celebrate Saturn and liberations; it could be viewed as a time where masters served their slaves out of thankfulness or even tradition. Thereby, this tradition of equality in all stations and the entitlement of some happiness is seen in Christmas and Saturnalia. Practices such as public and private celebrations, lights, gift giving, the shape of the pilleus resembling Santa’s hat, popularity of nuts (before nutcrackers) and the remembrance/importance of the 25th of December are clear similarities between the two holidays. However, the spiritual and religious connotation to Christmas were assimilated through time and the efforts of the church. You can learn more on Christmas throughout the ages here.

How to Celebrate Saturnalia in the 21st Century:
Read the steps here!