Have you visited this amazing Warsaw University Library? Posted by Kasia on Sep 28, 2021 in Literature, Places to visit

One of the largest and most beautiful roof gardens in Europe, remarkable blend of technology, aesthetics and function with wonderful integration of plant life as an integral part of the architecture. All of this at Warsaw University Library!

Warsaw, apart from being the capital of Poland, is also well-known for being one of the biggest academic cities in the country. The Warsaw University Library (Biblioteka Uniwersytetu Warszawskiego – BUW) demonstrates a bold commitment to sustainable design rarely seen even in the most progressive cities. Within the structure vines have been integrated into a four story atrium while the building’s rooftop has been converted into a maze of garden paths and walkways. Nature is a vital element of the building and it is clear that the architect’s aspirations was making a building that is fully integrated into its surroundings. 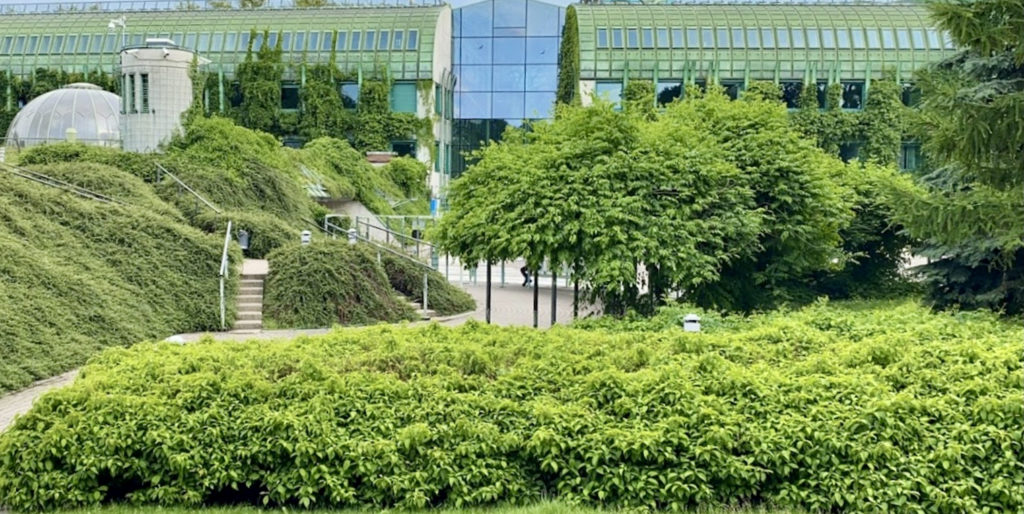 Did you know that the roof garden of the Library of the University of Warsaw was an experimental project? It is the first and largest roof garden established in Poland of its kind. It offers exceptional views to the Vistula River and the buildings situated downhill. The variety of the scenes created and beauty of the panorama remain the greatest values of this place. Library is located between the main university campus and the banks of Rzeka Wisła (Vistula River).

It’s a unique spot where the students, among others, can not only study, research, and read, but also relax, have coffee and touch a bit of cultural life. The covered atrium acts as the main circulation space that links to two main entrances while providing social environment filled with book shops, cafes and student art. I visited this library quite often during my final years of college. But I also brought my husband and one of our daughters there while visiting Poland. We were able to walk around, buy some great books and snack on coffee and delicious desserts. And of course we went up the roof top to admire the gardens. 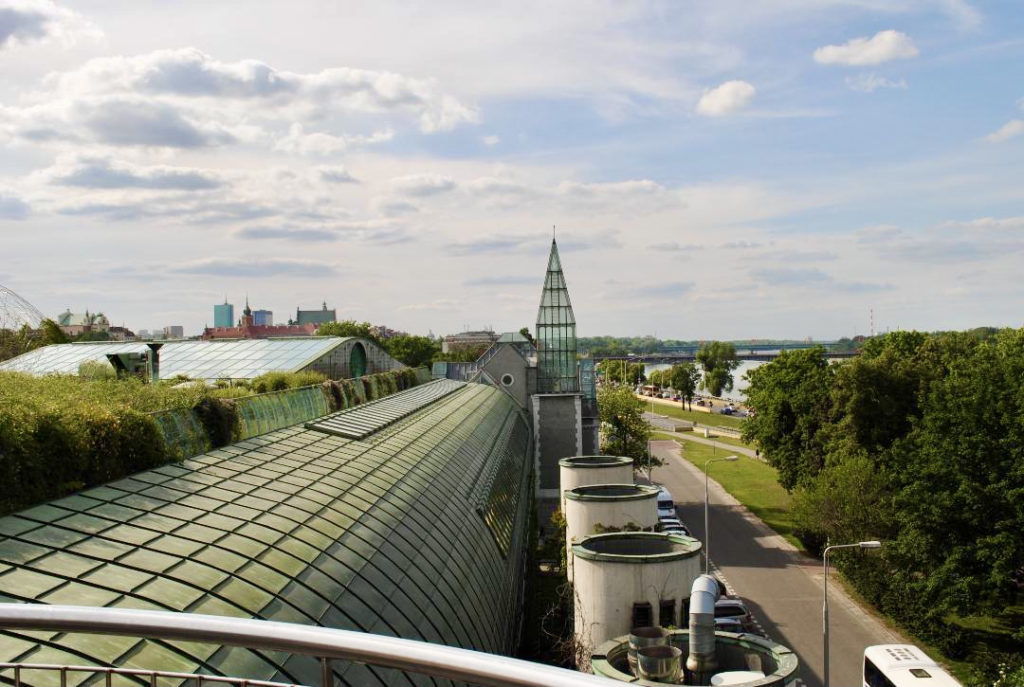 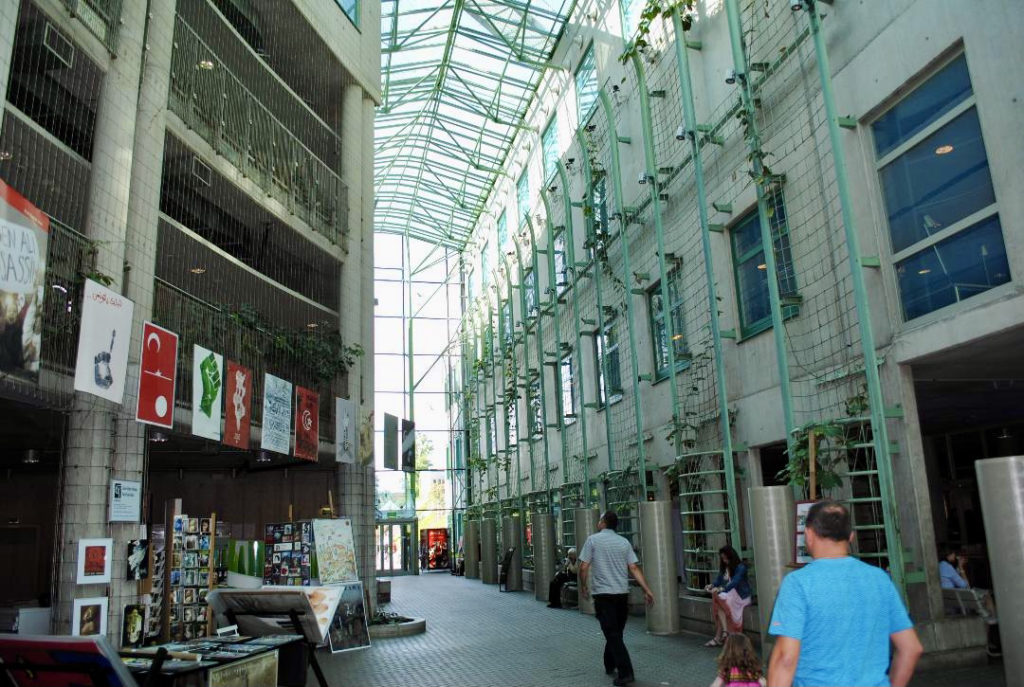 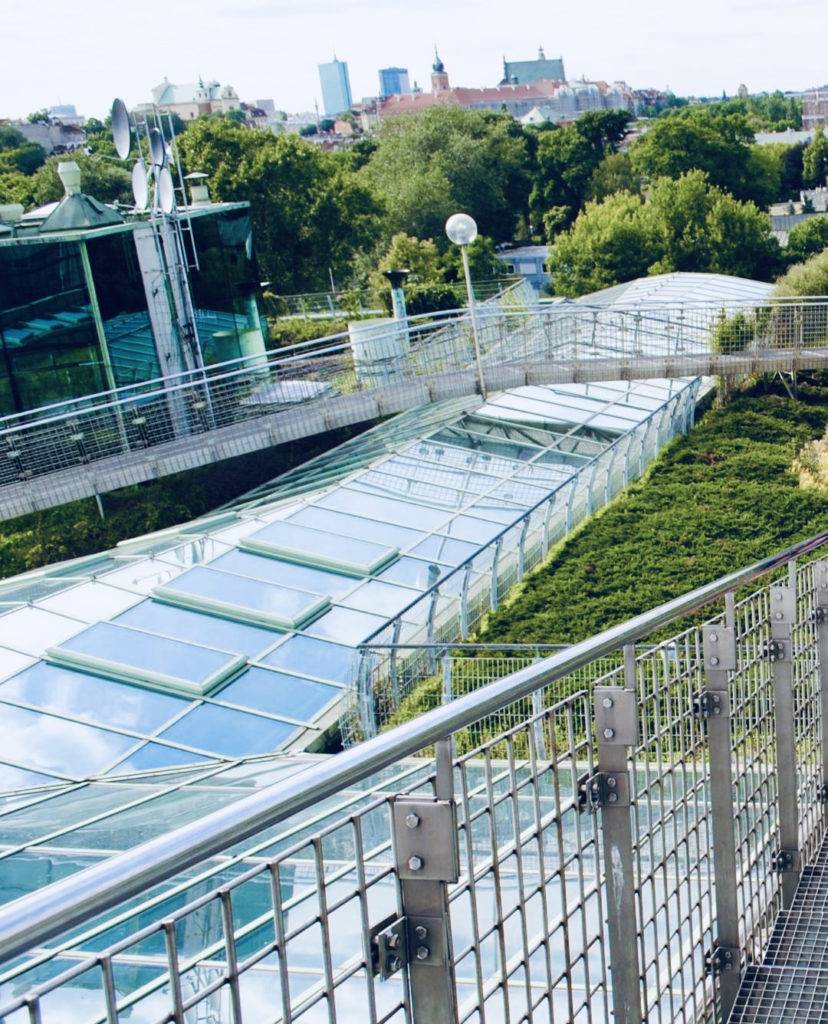 Gardens have several sectors differing from each other with color, form, and even scent. There is the Golden Garden (Złoty Ogród), in the north part, all sunk in yellow and orange. Another one, Silver (Srebrny), includes white blooming flowers and silver-leaves willows. Carmine Garden (Karminowy Ogród) is full of pink and red bushes. The last one is the Green Garden (Zielony Ogród), which is situated above the front crescent-shape edifice assigned for commercial purpose.

Visitors who are not UW (Uniwersytet Warszawski – Warsaw University) students or employees may access the collections only on the premises, without the right to borrow books to take home. Definitely worth visiting though! Check this amazing drone video of the library!

Here is some common library vocabulary that you might want to check out:)