Thousands marched through Warsaw (Warszawa) on Saturday in an “Equality Parade” (Parada Równości) demanding an end to discrimination against the LGBTQ community.

It is the largest gay pride parade in central Europe. In a sea of rainbow flags, the symbol of the LGBTQ community, marchers gathered outside the Palace of Culture and Science (Pałac Kultury i Nauki) in central Warsaw.

As some of you may know, homophobia is a big problem in Poland. The level of acceptance is not universal in Poland, a heavily Catholic, largely conservative nation. This year’s Equality Parade came 20 years since the event was held for the first time in the Polish capital. It was banned twice, in its early years, by a conservative mayor who feared it would promote homosexuality. Last year parade was canceled due to the coronavirus pandemic.

Warsaw Mayor Rafał Trzaskowski walked at the head of the parade in a sign of support for LGBTQ rights, joining thousands who were cheered on by others waving rainbow flags from balconies and sidewalk cafes and restaurants.

The parade comes only days after Hungary’s parliament passed a law that makes it illegal to show any materials about LGBT issues to people under 18.

One of the prominent Polish activists, Bart Staszewski, carried a Hungarian flag in the march, saying it was a message to the EU to defend LGBTQ people. People in Poland fear that their country could be next. 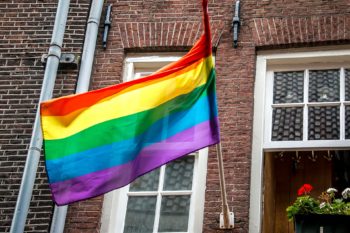 Image by Sasel13 from Pixabay

Unfortunately, in Poland, LGBTQ rights are the new threat for Poland’s “rainbow families”. The rules for LGBTQ Poles in this Catholic country are tightening even further. They are already barred from adopting children as couples. Some local authorities look favorably on applicants adopting as single parents. Poland’s justice ministry has proposed that a “legal loophole” should be closed to prevent LGBTQ people from adopting children completely.

People going out in the streets say that they are getting stronger and they are are not going to give up!