Got a kvart? Spend it with Parisa Amiri & Jason Diakité! Posted by Chelsea B on Sep 11, 2020 in Culture, Swedish Language, Vocabulary 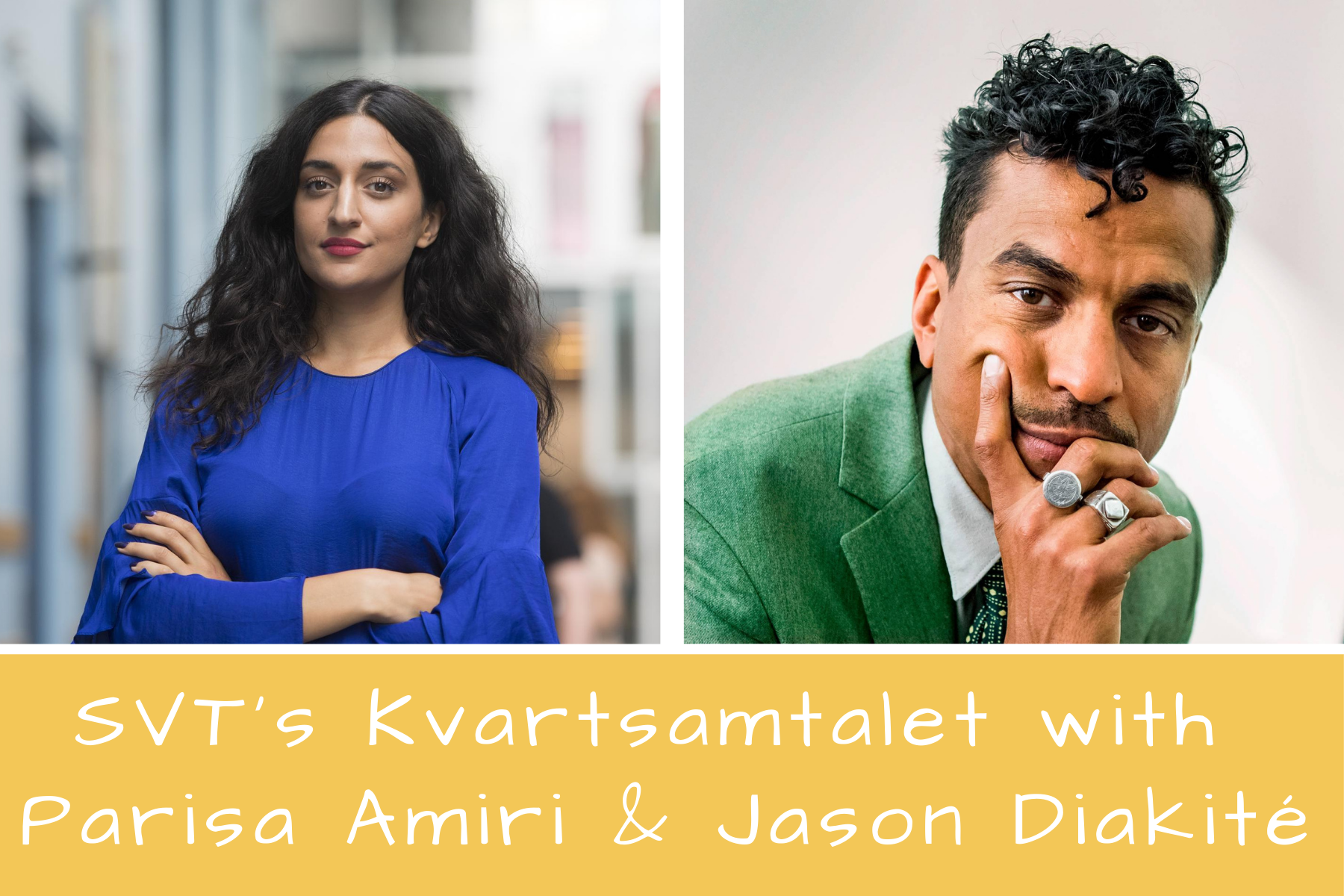 Have fifteen minutes? Great, I’ve got a recommendation for you! En kvart plus ett samtal equals SVT’s interview show Kvartsamtalet, where Host Parisa Amiri meets notable Swedes in politics, music, and pop culture. The show has a playful style that allows for a few laughs but also makes space for candid discussion.

Language instructors are constantly looking for target language texts that peak student interest while developing listening and reading competencies. Kvartsamtalet does just that. It’s perfect for intermediate to advanced Swedish speakers, with an abundance of B & C-level language and pacing. It’s also short, so it’s totally digestible – 15 minutes is something you could watch, study, and watch again!

Kvartsamtalet’s host Parisa Amiri has quite the resume. A native Stockholmer, she’s been an editor of Nöjesguiden, Sweden’s most widely circulated publication on music, entertainment, and the performing arts. She’s also hosted for the pop culture PP3 program on Sveriges radio, as well as appeared on TV-series like På spåret and Babel bio.

This week we’re going to feature Parisa’s interview with writer and artist Jason Diakité, perhaps better known as rapper Timbuktu. He is a household name in Sweden, first for his pioneering of Swedish hip hop, and more recently for his work championing racial and social justice. His recently published En droppe midnatt / A Drop of Midnight is a fascinating memoir where Jason retells a complex family story from the slavery in the American south to modern-era Sweden (you HAVE to read this one!) Here is the description of this episode:

From pot-smoking hip-hop rebel to poignant public voice, Jason Diakité speaks to having become a political mascot, why he would want to lead Allsången, and how it feels when others slaughter his big hits.

Contrary to Parisa, Jason has a southern Swedish dialect because he hails from Lund, in Skåne. Also called skånska, you’ll notice the intonation is different, as well as pronunciation of a few letters. For example the skånska “r” is pronounced gutturally, rather than the soft roll of the “r” we hear in rikssvenska.

Some guldbitar (gold nuggets) that I enjoyed in this episode are as follows; Jason commenting on a photo of his uncle next to President Trump, sharing his feelings on folks who’ve done covers of his songs and how that transforms their meaning, and Jason ranking fake gossip headlines on how likely they would be. He also addresses the national Sverigedemokraterna’s party use of his song lyrics for a campaign and what he did about it.

Below is a word list to help you pick-up on some of the nuances of Parisa’s conversation with Jason:

Okay, now watch the episode and tell me what you thought below! There is definitely going to be more on Jason Diakité in the future. Stay tuned!