Melancholy via Melissa Horn on the Musikblogg Posted by Chelsea B on Sep 3, 2021 in Culture, Music, Vocabulary 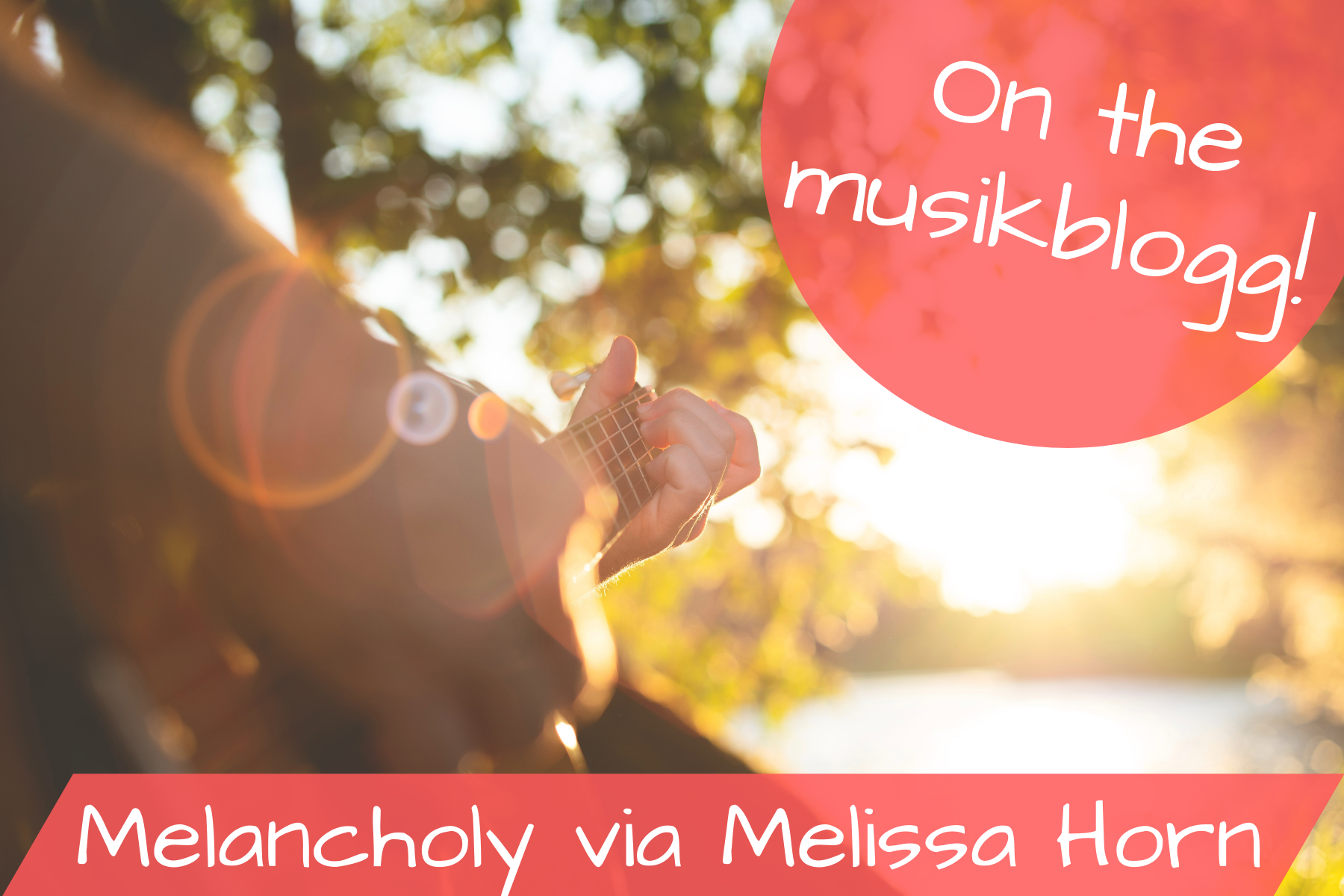 Photo by Clint McKoy on Unsplash.

The cool breeze from Lake Superior tells me that autumn isn’t far away. After a stressful week, these chilly evenings just make me want to be mysig (cozy). And if you know me, music is central to my type of mys. Melissa Horn is a Swedish artist I play when I want to slow down my tempo. Captivating poetry, chock-full of melancholy meets romance, Melissa’s singer-songwriter vibe is the perfect match for some late-summer listening.

A life-long stockholmare (Stockholmer), Astrid Melissa Edwarda Horn Weitzberg grew up near Södermalm. Melissa var född i (was born in) 1987 to professor Eddie Weitzberg and mother Maritza Horn, an award-winning jazz and pop vocalist. Her parents gifted Melissa her first guitar at age 16 and the strumming and singing ensued! Her debut album Långa nätter (Long Nights) was released in 2008 and reached 7th on the Swedish charts.

Melissa Horn’s raw and emotional songwriting has earned her critical acclaim with Swedish Grammis nominations and the Evert Taube-pris in 2020. Her lyrics aren’t the kind of terrible melancholy that makes you want to turn and run in the other direction. Rather, she’s able to address intense feelings of love and loss with a grace and beauty that pulls you in and invites you to sit down, enjoy a cup of tea, and relate to her.

My Swedish-Finn friend Ida introduced me to Melissa Horn back in college. We worked together as tutors for the Scandinavian Studies department and you can imagine I picked her brain all the time. I asked her for some good Swedish singer-songwriter suggestions and she said, “Have you heard of Melissa Horn?! ‘Hur ska det gå?’ has been my theme song for my year in the U.S.!”

“Hur ska det gå? (How’s it going to go?)” is about the uncertainty of what’s going to happen between a couple. There’s also a phrase about going across the ocean and back again, “Jag har tagit båten över havet hit igen.” Both great connections to Ida’s year studying in Minnesota. The opening verse is as follows:

Your sun has landed in my lap and it shattered
And our words spill out and lie there still
I think we lied but we said that it was true
We were never in love, but the feeling was mutual

Listen to the song below! Pay attention to the way the -r on hur and the -s on ska combine to make a sh-sound. The same as the Swedish varsågod is pronounced “varsh-oh-goud.”

Although it’s difficult to choose, I think my favorite tune is the title track to Melissa’s 2011 album “Innan jag kände dig (Before I knew You).” At the end of the first verse, Melissa sings the lines:

You’ll notice the word nog here. Lots of students ask me about this word because its meaning shifts depending on the context. It’s used to give emphasis, similar to ju and väl. A sentence can function without the use of nog but including it adds some nuance. Above, I’ve translated nog to probably.

Melissa and Lars Winnerbäck’s collaboration “Som jag hade dig förut (As I Had You Before) is the queen mother of all breakup songs. You wish you could take your relationship back to when things were great, but it’s too late…

In 2021, Melissa collaborated with Swedish actor and singer Hampus Nessvold on the short film and song “Om du fanns (If you Existed),” available to watch on YouTube. The first 6 minutes are dialog and will be excellent practice for intermediate to advanced Swedish speakers.

Speaking of collaborations, Melissa Horn is going to be on the next season of Så mycket bättre, the music meets reality tv show where Swedish artists across genres cover each other’s songs. JAG. KAN. INTE. VÄNTA. I can’t wait.

Now do some Melissa Horn listening and tell me which tracks are your favorites!