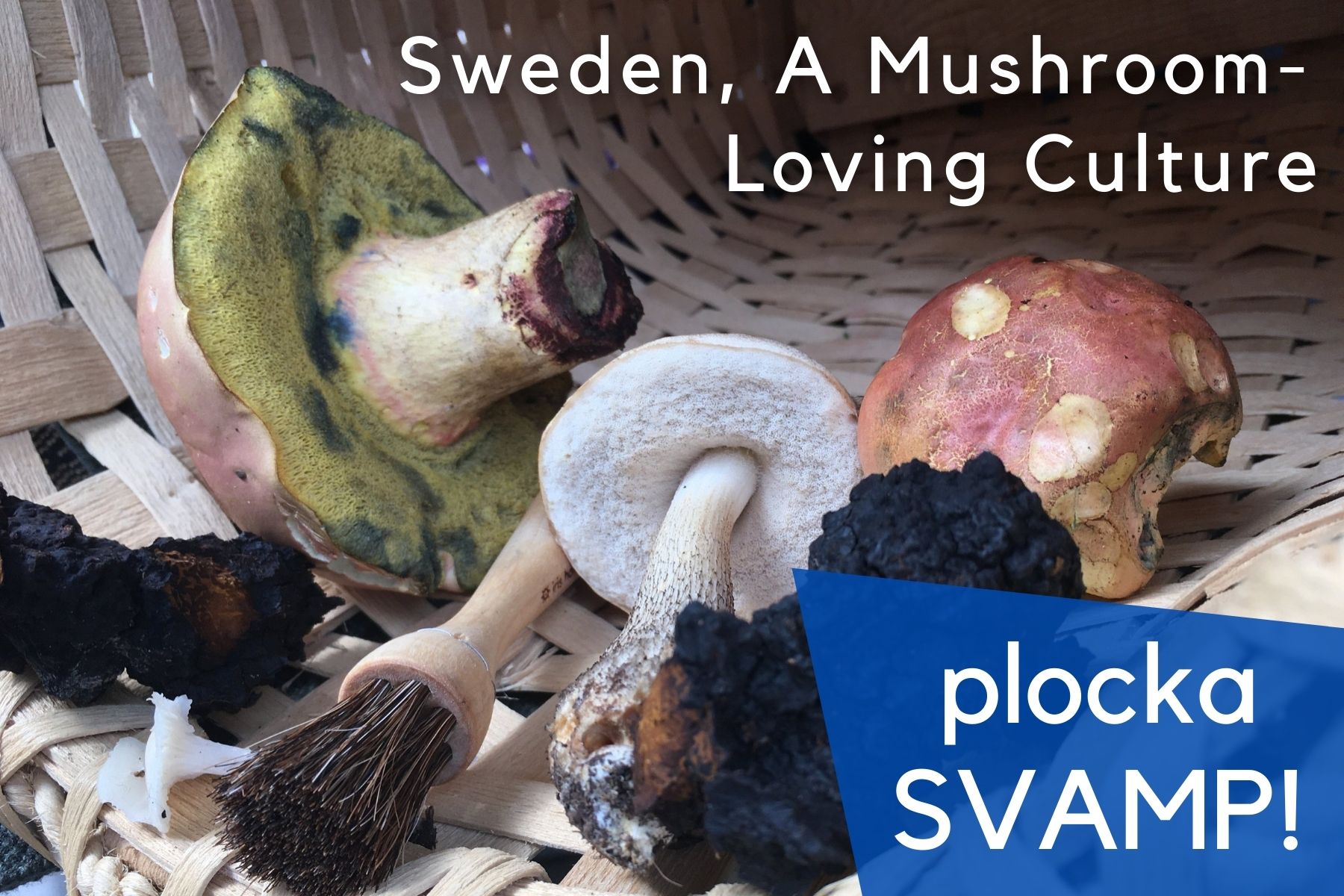 Do you live in a mycophilic or a mycophobic culture? These adjectives of Greek origin mean either mushrooming-loving or the latter, mushroom-fearing. Foraging for wild mushrooms is commonplace in Nordic, Slavic, and Baltic countries, yet it’s not a tradition that’s taken root with American immigrant culture. Swedish youngsters grow up learning how to safely identify at least one type of wild ‘shroom without fail – the chanterelle, and most likely a couple more. “But how do you know they are safe to eat? Aren’t you scared you’ll pick something poisonous?” says the American, with a furrowed brow.

Growing up in mycophilic country has hindered me from flexing a part of my Swedishness, until now! I’ve officially taken up foraging and I’m happy to report that it’s been going well. So well, that I have a copious amount of mushrooms to process. Do I dry them, how do I cook them? I’ve turned to googling Swedish resources to learn how to cook wild mushrooms, because, well, the Swedes excel in this category too.

The average Swede knows how to identify, harvest, and cook kantareller (chanterelles). As the weather cools and early autumn rains set in, people grab a bucket, don their rubber boots and flock to their favorite woodsy place for some svampplockning (mushroom picking). But beware – asking en svampplockare (a mushroom-picker) about their kantarellställe (chantarelle spot) can be a sensitive undertaking. Most Swedes consider this en hemlighet (a secret)!

The Swedish verb att plocka, to pick, is conjugated like this:

Har du plockat svamp förut?
Have you picked mushrooms before?

Swedish students often mistake the noun en champinjon → champinjoner as the general word for “mushroom”. In fact, this noun of French origin refers to the commonly store-bought white button mushroom. Although there is also a wild mushroom called champinjon, en svamp → svampar should be your go-to umbrella term for “mushroom” in Swedish.

Matsvampar translates directly to “food mushrooms”, essentially, mushrooms you can eat! Although the kantarell typical takes all of the Swedish matsvamp glory, there are many, many more matsvampar to be discovered! Karljohanssvamp (wild porcini) and trattkantareller (yellowfoot /or funnel chanterelle) are just as beloved and easy to identify.

I follow the educator, forager, and wonder-cook Elle Nikishkova on her account Elles Utemat (Elle’s Outdoor Food). She’s constantly foraging and hosting workshops where participants prepare foraged outdoor meals over an öppen spis (open fire). She guests on TV4’s Nyhetsmorgon every now and then, touting all of the fantastiska (fantastic) mushrooms that you can eat beyond the kantarell. Watch Elle give these TV hosts a svampquiz! I was impressed by how well they did!

In my latest mushroom deep dive, I found svampguiden.com a great resource for Swedes who forage fungi. Coincedentally, most of the matsvampar can also be found in greater Europe and North America, Minnesota included! Below I’ve have shared photos of some of the edible mushrooms I’ve foraged this season, Swedish and English names included. Do NOT use my photos and amateur mushroom identification as fact. Always consult a mushroom expert or guidebook with information about your region before consuming anything you pick, okej? Bra! 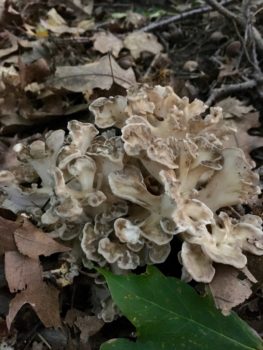 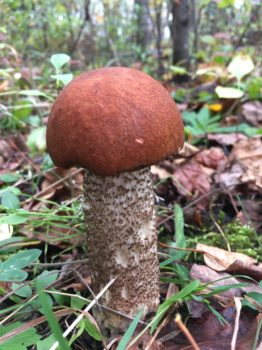 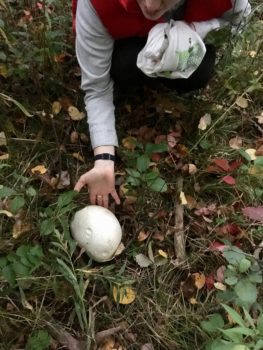 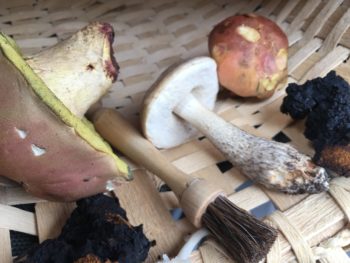 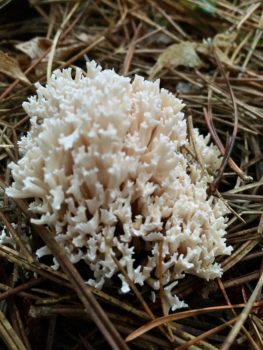 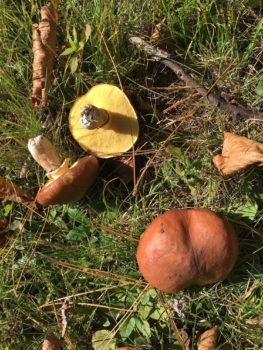 Experts advise always cooking wild mushrooms before you eat them. So in an attempt to do these ingredients justice, I’ve been recipe collecting! All of the following dishes were found on ICA’s website. Cooking and baking from Swedish recipes is great language practice.

For more about Swedish food traditions, check out The Swedish Kitchen blog series I wrote: Grillfest, Frukost, and Cozy Friday.

Feeling inspired? Do you forage already? Tell me about it in the comments below!