Swedish Jul – A Christian Tradition with Pagan Roots Posted by Chelsea B on Dec 24, 2021 in Culture, History, Holidays and Celebrations, Living in Sweden, People, Traditions 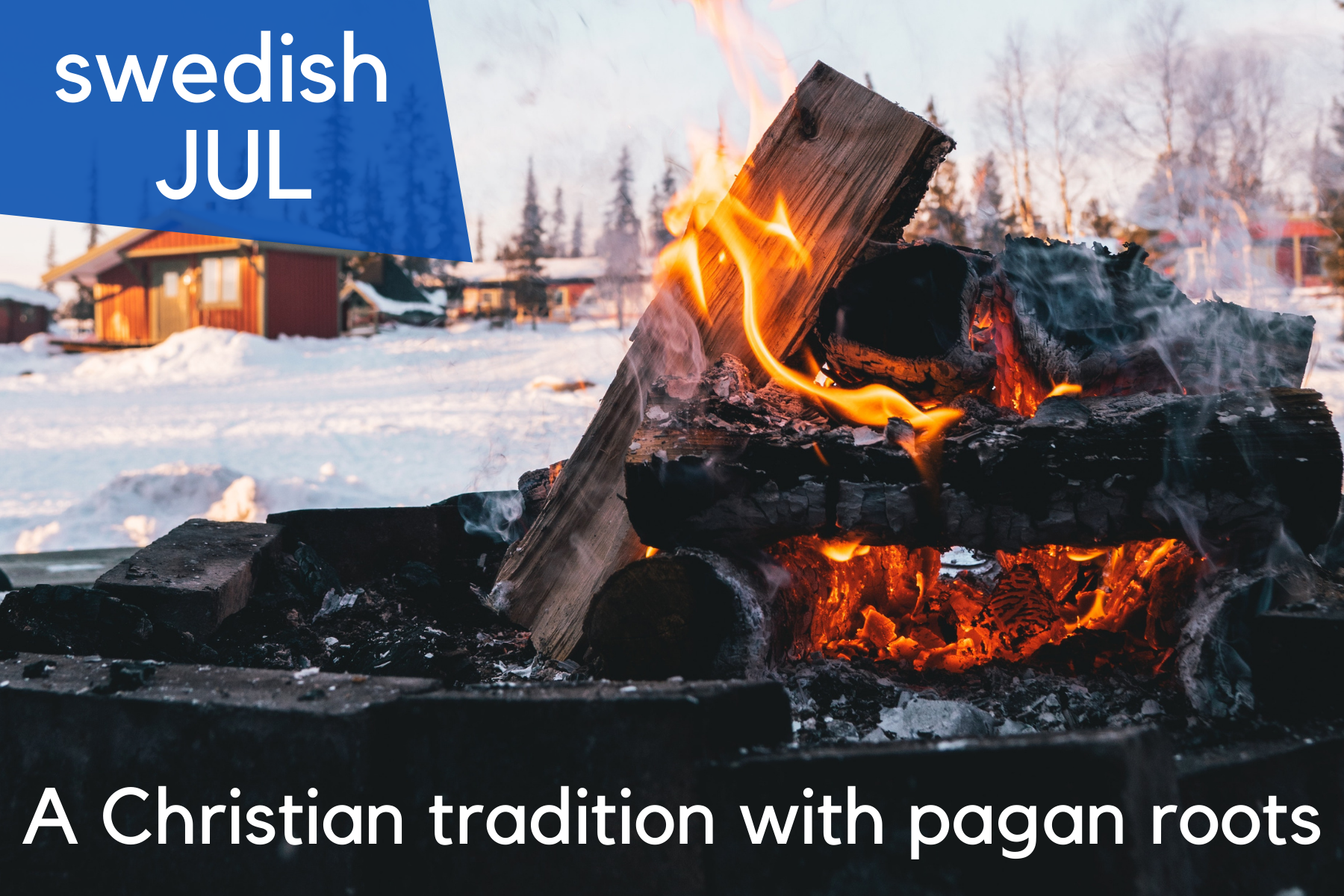 Photo by Mitchell Henderson from Pexels

Swedish jul (Christmas) is more a cultural fixture than a religious observation. Its roots connect to the pagan Yuletide season, centered around the winter solstice – the Christian celebration of Jesus Christ’s birth came later. This week, we’ll discuss how modern Swedish jul tells the story of shared historical and religious practices.

The Germanic peoples of northern Europe were hedniska (pagan, plural adjective form) and celebrated Jól (Yule) during the span of a few weeks around midvinter (from December through January). Long before kristendomen (Christianity) arrived in Scandinavia, this season’s högtider (celebrations) culminated around vintersolståndet (the Winter Solstice), and julblot, an offermåltid (sacrifical dinner) that earned the approval of the gods and culminated in a large feast. The modern Swedish symbols julbock (Christmas goat) and julgris (Christmas pig) are said to be tied to julblot. Further, scholars connect pagan Jól celebrations to the Norse God Odin and Odens jakt (Odin’s Hunt, or the Wild Hunt), a mythical tradition of ghostly hunters and beasts led by Odin.

The burning of the iconic julstock (yule log) translates to modern times as the brasa (fire), a lovely indoor or outdoor fire and quintessential to Swedish julmys (Christmas coziness). Northern Europeans have a longstanding tradition of tree worship, as mentioned in the story of Saint Boniface when he confronted a group of pagans as they worshipped a large ekträd (oak tree). Disgusted at their blasphemy, he chopped down the tree and many say this was the beginning of the julgran (Christmas tree) tradition, although decorating the julgran came much later. See a short history of the Swedish julgran as explained by etnolog (ethnologist) Jonas Engman at Nordiska museet.

The Swedish word for Christmas, jul, is derived from the Old Norse jól, a variation of the Norse god Odin’s name. Jóln is also plural for “the gods.” Similarly, we see the festival of Yule referred to in Old English as ġēohol. While the English phrase “Merry Christmas” clearly includes the name Christ in its spelling, the northern European languages stuck with the Norse root jól in their name. Icelandic, the modern Nordic language truest to Old Norse, hasn’t changed at all! See “Merry Christmas” in 6 Nordic languages below:

Håkon den gode (Haakon the Good, or King Haakon I, 920–961) coverted to Christianity during his time in the court of Anglo-Saxon King Aethelstan. Upon his return to Norway, Håkon attempted to convert the kingdom to Christianity, starting with a pagan Yule and Christmas mash-up. It is documented that Håkon scheduled the two celebrations to coincide with one another, acclimating the people to accept Jesu födelse (birth of Christ) as the höjdpunkt (highpoint) of the midwinter season. Eventually, observing the 25th of December was mandated and its popularity surpassed Yule celebrations as people continued to convert to Christianity.

While the majority of Swedes practice Christian holiday traditions like adventstiden (the Advent season), Sankta Lucia, and jul, the country is considered sekulärt (secular) and Christmas churchgoers continue to decline in numbers. Sweden joins the list of a few countries who reserve family celebrations for December 24, julafton (Christmas Eve). This typically includes a julbord (jam-packed holiday dinner), presents from Jultomten (Santa Claus), and crowding around the tv to watch classic Kalle Anka (Christmas Donald Duck) cartoons.

Do you recognize any of the pagan – Christian overlap in your holiday celebrations? Tell me below in the comments! 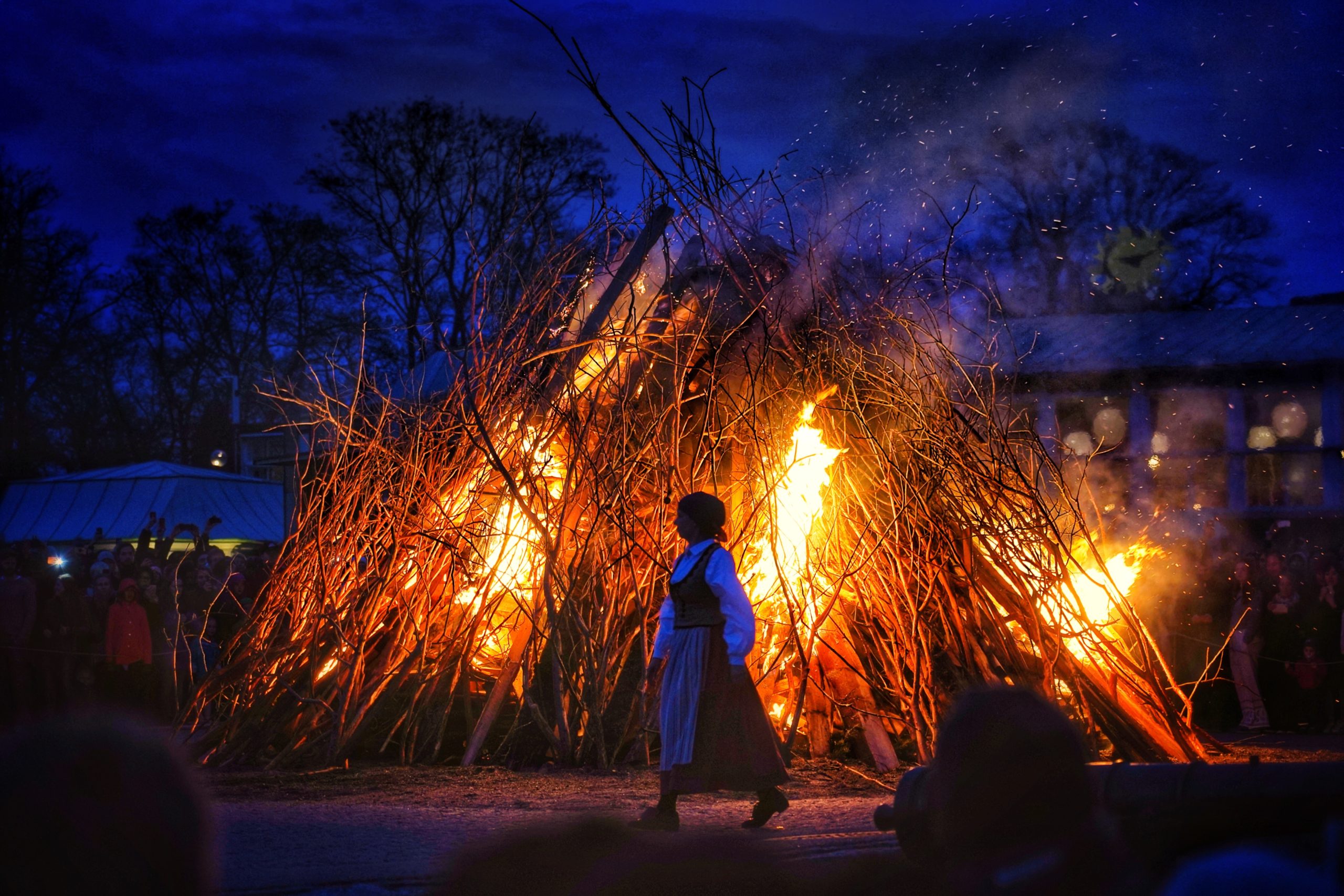