Welcome to yet another post in our series on Dutch idioms! Today, I want to take a closer look at two pretty weird ones, and they’re both related to eggs. Without further ado, here’s the first for today: the spreekwoord (saying).

Photo by Annie Spratt on Unsplash

That’s a piece of cake!

Where the English-speaking world relates an easy task – also quite inexplicably – to a piece of cake, the Dutch think of a little egg. Or, more recently1this variation was only added to the Van Dale in 2005!, a little apple and a little egg – dat is appeltje-eitje! (“that’s little apple-little egg!”)

So how did foods become synonymous with easy accomplishments?

The English cake’s origin is a bit unclear. The Dutch egg story isn’t much better. It seems that what they both have in common is that they’re easy to eat! But appels? It takes some effort to crunch through one.

This might be related to another expression in Dutch: voor een appel en een ei (for an apple and an egg). This means that something is cheap. And something being cheap isn’t too far removed from something that’s easy to do. And it seems, for some reason, that apples and eggs have been related to each other for a long time. Not sure why that is, though.

Anyhow, here’s how it’s used in Dutch! It’s not really formal, but it definitely isn’t vulgar. In a highly formal setting, I wouldn’t use it, but that’s about it. It’s quite conversational. Examples:

Dat examen was een eitje. (That exam was a piece of cake.)

Let’s take a look at the uitdrukking (expression). 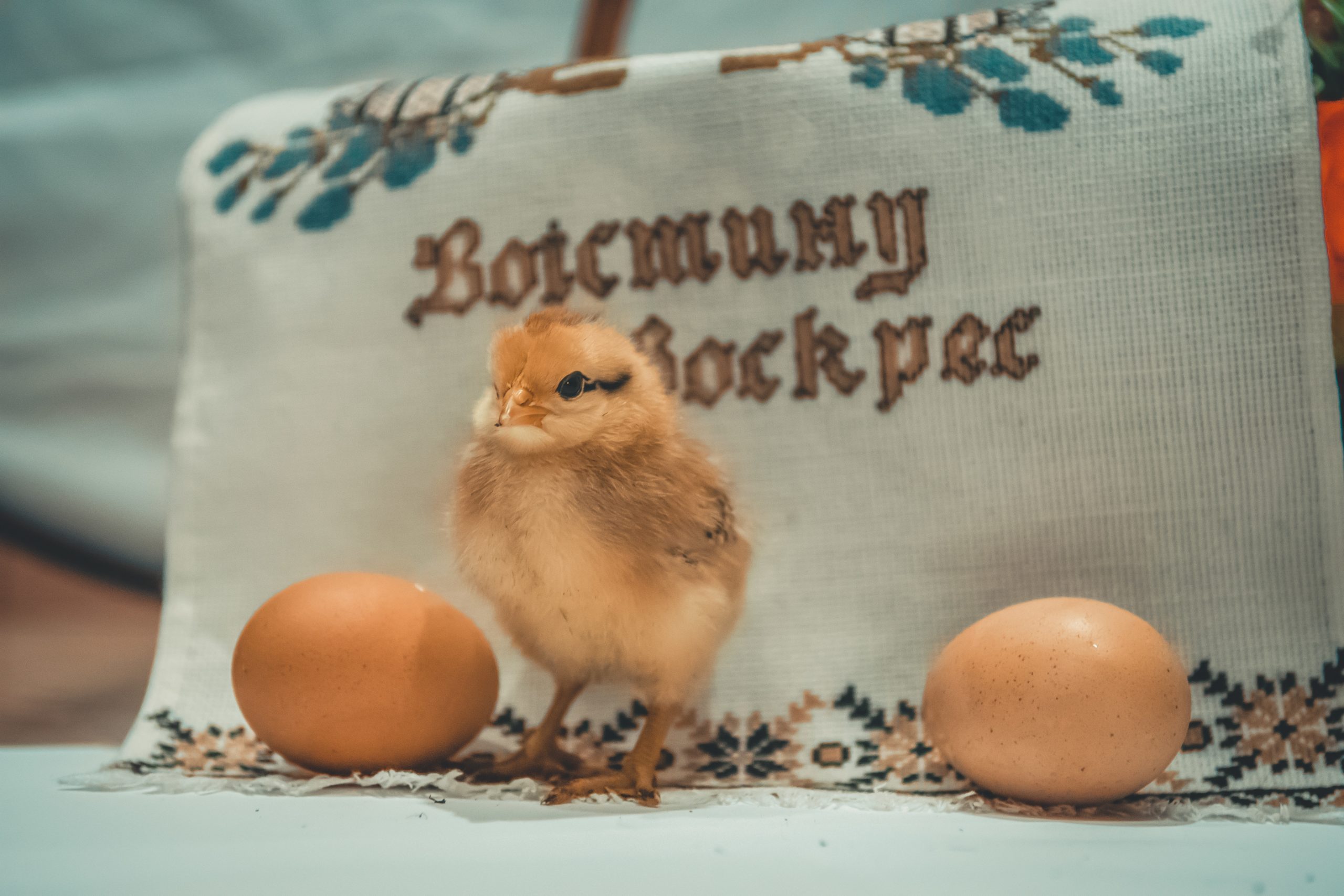 Literally: to lay no wind eggs

This phrase means that something has definitely had a positive impact on you. It’s always used in the following way: dat zal hem geen windeieren leggen (that won’t lay him any wind eggs) or similar. Something won’t lay someone wind eggs. It’s counterintuitive – something doesn’t happen and this means that it really benefited you. What is a windei, and how is not having them related to success?

A windei is an egg without a kalkschaal (calcium shell). This can happen when the vogel (bird) doesn’t get enough calcium. Because such eggs were useless for sale, windeieren got the connotation that they’re worthless. I can’t post pictures of it here, but if you want to see what it looks like, check out the Dutch Wikipedia article.

A bird lays an egg – een kip legt eieren (a chicken lays eggs). Normally something that has worth, but in this instance doesn’t. So the idea that something won’t lay you wind eggs implies that it will give you “eggs” and be fruitful for you. It’s often in the context of financial success or similar. It’s not extremely common anymore, which may be caused by its counterintuitive form and the meaning of windei becoming less known. But it’s still around! It’s fine to be used in any context, from very informal to very formal. It may cause some looks if you use it in informal settings, though, as it is a convoluted way to say that something benefits someone. You can instead say something easier and more straightforward, like just saying daar heeft hij profijt van. (he profits from that.)

(The purchase of that house will do her well! She can rent it out for a lot of money.)

How would you translate these two idioms in your language? Please let me know in the comments below!