How The Dutch Elections Work Posted by Sten on Mar 15, 2021 in Culture, Dutch Vocabulary, News, Politics

On Wednesday, it’s time for new elections in the Netherlands! With 37 parties and hundreds of electable people, choosing a party and a person in that party can be daunting. So how do the Dutch make that choice?

How does the Dutch voting system work? 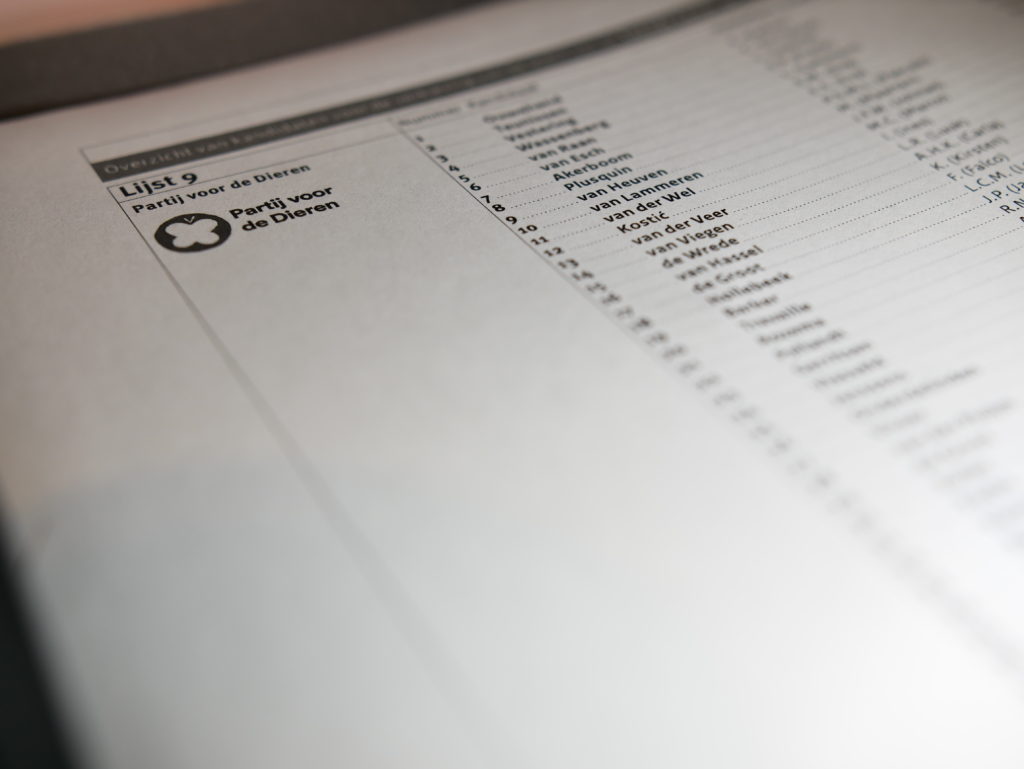 The kieslijst of the Partij voor de Dieren. In this election, they are on Lijst 9 of 37 (Image by author)

The Dutch have what’s called a parlementaire democratie (parliamentary democracy) with a meerpartijenstelsel (multi-party system) and an evenredige vertegenwoordiging (proportional representation). What also stands out in the Netherlands is that there is no kiesdrempel (electoral threshold). This means that anyone, even a single person, can found a partij (party). And if they receive enough votes for a zetel (seat) in the Tweede Kamer (Second Chamber, the Dutch House of Representatives), they actually get that seat!

How many votes are required to get a seat is determined by the kiesdeler (electoral quota). This is simply the amount of total votes cast divided by the number of seats – if your party reached enough votes for one seat, it gets one seat. If it got enough for two, it gets two, etcetera.

Who gets a seat, and in what order is this determined? 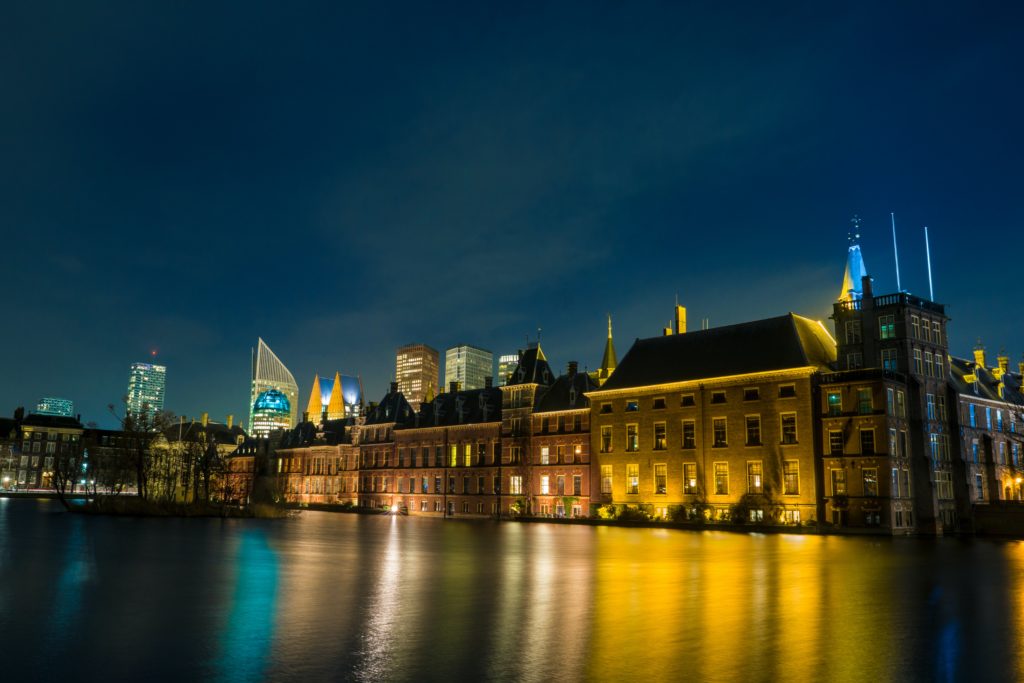 The Binnenhof, the heart of Dutch politics (Image by ruddy.media on Unsplash)

Partijen can show their own preference for this order in the kieslijst (electoral list). This is a list of people that will get a seat for the Tweede Kamer if they get enough votes. The first on the list is the so-called lijsttrekker (“list puller”, the party leader). They are the face of the party, those interviewed on its election topics and the ones on the campaign posters. Others in the top 10 might also be prominent, especially if they are part of the regeringspartijen (governing parties) or the current kabinet (cabinet).

In the Netherlands, you vote both for the party and a specific person on the kandidatenlijst (candidate list) – so you have to fill in two fields to cast your vote!

You can choose the first person, like most do, or somebody lower on the list. Normally, the zetels are filled in order of the kandidatenlijst; however, if somebody has a higher number of votes and received at least 25% of the votes of the kiesdeler, they get a zetel based on voorkeurstemmen (preference votes). So if Eva Akeboom, on the list above on place 9, receives more votes than Esther Ouwehand, the lijsttrekker on place 1, she will receive the first zetel!

As you can tell, your vote really means something, as you can directly vote somebody into power, even if they don’t get all the votes. So a vote in the Netherlands carries a lot of weight, even if you vote for a smaller partij. Of course, with so many partijen, governing might be more difficult, as many more interests need to be taken into account. This can lead to extremely long formaties (formations, forming of the coalition).

After the elections, a coalitie (coalition) is formed of different parties to reach a meerderheid (majority) of the Tweede Kamer by a formateur (“formator”) that is appointed by the Tweede Kamer. This formateur is intended to lead talks to reach a coalitie and normally becomes minister-president (prime minister). With a regeerakkoord (“government agreement”, coalition agreement), coalitiepartijen (coalition parties) negotiate the main issues that will be addressed by the new kabinet. Coalitiepartijen also offer ministers (ministers) and staatssecretarissen (“state secretaries”, junior ministers).

How do I decide who to vote for in the Dutch elections?

There are many ways to pick your choice of partij and kandidaat. You could look at a single politician’s social media account, or do one of the numerous stemwijzers (“vote pointer”, a questionnaire to see which party you agree with most). There are many different ones, from the Volkskrant to the stemwijzer website or the website partijgedrag.

Of course, the parties also make many TV appearances and have their kiesprogramma’s (electoral programs) available on their websites.

News program Nieuwsuur did a number of one-on-ones with the lijsttrekkers of many of the big parties. NOS Op 3 did debates that focused more on youth. They also made two explainer videos explaining each of the biggest parties that participate in the election. You can probably imagine – that’s a long video!

Early voting for the elderly

Because of the Coronavirus, early voting is possible. Today and tomorrow, March 15 and 16, some stemlokalen (polling station) are already open, especially for risicogroepen (risk groups). This way, drukte (busyness) can be avoided.

Furthermore, this verkiezing (election), people above the age of 70 can vote by mail, the so-called briefstemmen. They receive all the necessary information by post (mail) so that they can bring out a vote without having to leave the house.

If you are younger and you don’t want or can’t go out to vote, you can machtigen (authorize) somebody to vote for you.

Or, of course, you can briefstemmen if you live abroad. You do have to register with the gemeente Den Haag (municipality The Hague) well in advance, but it works too!