The Dutch Word of the Year: Prikspijt! Posted by Sten on Dec 27, 2021 in Culture, Dutch Language, Dutch Vocabulary, News, Slang

We’re nearing the end of the year, so it’s time to talk about the word of the year again! Every year, the woordenboek (dictionary) publisher Van Dale organizes the vote for the Woord van het Jaar, and everybody can vote on their favorite word from a list of candidates. This year’s: Prikspijt! (“jab regret”, regret over getting vaccinated). What other words had a shot, and why did this word win?

How Prikspijt became the word of the year

Let’s talk about the winning word first before moving to the other nominations. In Dutch, prikspijt is defined by Van Dale as “spijt die iemand heeft van het feit dat hij zich heeft laten vaccineren tegen een bepaalde besmettelijke ziekte” (regret that somebody feels over the fact that they let themselves be vaccinated against a certain infectious disease). However, it can also have the tegengestelde betekenis (opposite meaning): spijt dat je je niet hebt laten prikken (reget that you did not get vaccinated). So really, it’s regret related to vaccinations.

However, that obvious connection is not what led to the landslide victory with 82.2% of the vote (out of 15 words!). On Twitter, there was a large oproep (call) for people to vote on this word by opponents of vaccination – and this oproep was followed en masse. In a normal year, the Van Dale election for the Woord van het Jaar pulls in votes in the 10,000s. This year, more than 49,000 stemmen (votes) were cast! In 2018, when blokkeerfriezen became the word of the year, a similar number was achieved.

What about the other nominated words? 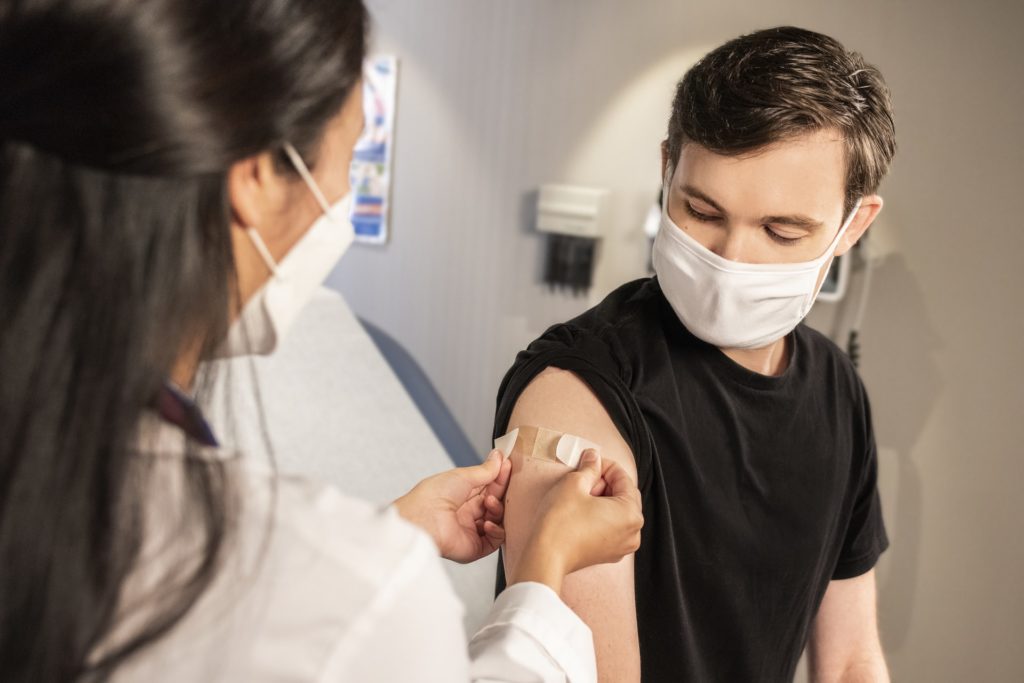 Photo by CDC on Unsplash

In second place came woonprotest (housing protest), which refers to demonstrations over the housing shortages in the Netherlands earlier this year. Third came wappiegeluid (“high” noise), which refers to misleidende, niet op feiten of wetenschap gebaseerde mening over een maatschappelijke kwestie bedoeld, bijvoorbeeld van complotdenkers (misleading, not fact-based or science-based opinion about a societal issue, for example from conspiracy theorists). Wappie means something like “high”. So the word is similar to asking somebody “are you high?” when they say something you find incomprehensible.

Incredibly, these words gained 3.7% and 3.6% of the vote, respectively. The gap between first and second place has never been bigger.

The other 12 nominated words were:

Quite a lot of words, and most of them somehow related to COVID. That’s not surprising.

In Belgium, Van Dale also holds the Woord van het Jaar. This year, with 37.2% of the votes, the word knaldrang (urge to go all-out), which refers to the urge to party hard. Undoubtedly also related to COVID times, as going out was a lot harder also this year.

Which of these words is your favorite and why? Let me know in the comments below!