What do the Dutch do for Christmas? Posted by Sten on Dec 24, 2021 in Culture, Dutch Vocabulary, Holidays

It’s Christmas Eve! An exciting time in many places in the world, including in the Netherlands. While Christmas is not celebrated in the same way as it is in some other countries, it’s still a very significant holiday. 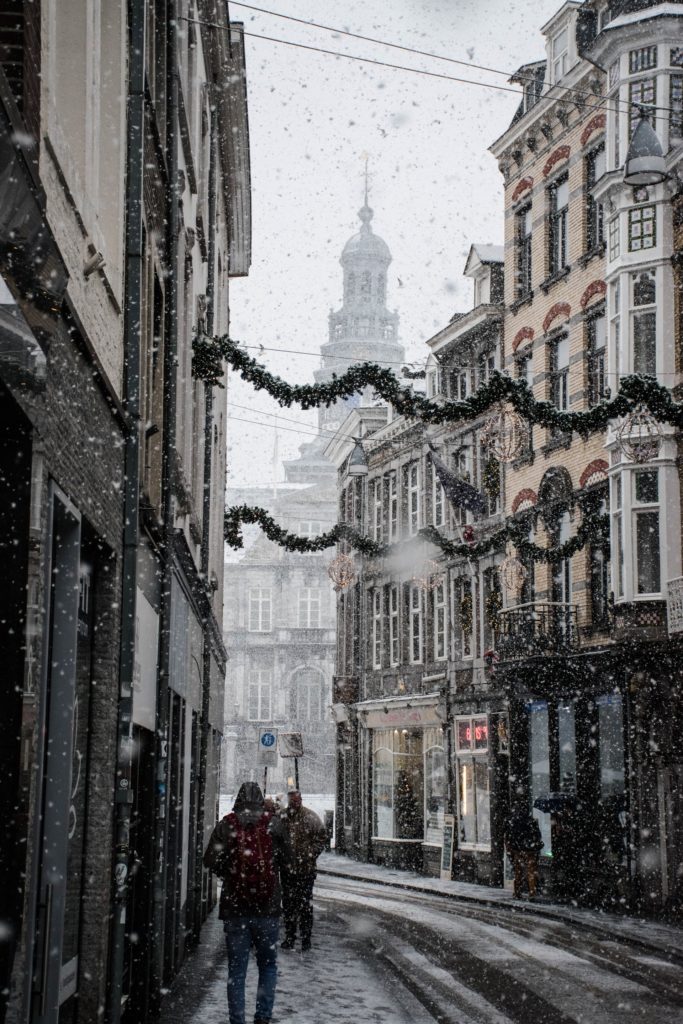 The Dutch have plenty of important holidays and traditions, such as Sinterklaas on December 5. Kerst(Christmas) is of course important from a religious perspective, but it has a somewhat different meaning culturally. While Americans, Germans and many other people celebrate Christmas with cadeautjes (gifts), the Dutch do this usually at Sinterklaas. But it is increasingly common to also see gifts at Christmas.

Like Pasen (Easter), the Dutch differentiate between eerste Kerstdag (“first Christmas Day”, Christmas Day) and tweede Kerstdag (“second Christmas Day”, Boxing Day). Both of these days are very calm, and shops in many places will be closed. The evening before, on Kerstavond (Christmas Eve), many shops close early, but again, this depends on the municipalities, which can create exceptions for all of this.

While on Christmas Eve, many cultures celebrate already with gifts, like in Germany, it’s a rather calm night for the Dutch. Christians go to a late kerkdienst (service), which is frequently the most visited one in the year. But other than that, it’s not a very eventful evening.

Because gift-giving with Christmas isn’t a super common practice (yet) for the Dutch, the traditions are quite loose around it. People aren’t even sure when exactly the appropriate time is to open gifts – Kerstavond or eerste Kerstdag?

So the thing that the Dutch do instead is have a wonderful Kerstdiner (Christmas dinner)1diner is imported from French and is pronounced something like dinay. There are all kinds of wonderful Kerstgerechten (Christmas dishes). But it mostly just means a nice, fancy dinner, not a specific dish for Christmas.

Of course, the Dutch also visit their families with Christmas to celebrate – that’s an important component in the Netherlands, too! However, it is not as set in stone as in other countries. You would normally go home for Christmas, but it is not unheard of to celebrate Christmas with your housemates, for example, and celebrate tweede kerstdag with your family. Or the other way around!

Oh, and kerstbomen (Christmas trees) as well as decoratie (decoration) are common as well.

With all of that in mind, Christmas is still a nice, tranquil holiday for the Netherlands, regardless of tradition. And the beauty of not having set traditions is that you can borrow from other cultures at your heart’s content! German Christmas traditions, like Glühwein (mulled wine, spelled the same in Dutch) and the Weihnachtsmarkt (Christmas market, or Kerstmarkt in Dutch) are celebrated. American traditions like Santa Claus as the gift giver are embraced too.