Opening up … again Posted by Tim Hildreth on May 25, 2021 in Culture, News, Travel & Geography 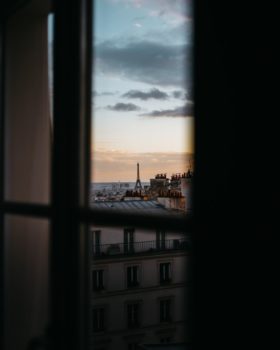 France is opening up … again. Photo by Louis from Pexels

Just over a year ago, I wrote a post called Opening Up.

While it already felt long, we were really still in the early days of Covid, and France was coming off of their first significant confinement and trying to get back to normal.

Twelve months … and multiple re-confinements and a few couvre-feux later … France is opening up … again.

After l’apérue, here comes la terrasso-thérapie!1A play on ‘La thalassothérapie‘ which is popular in France and refers to any therapeutic treatment based on the sea and products from the ocean. Saltwater baths, seaweed wraps, etc. are very popular options in thalasso centers around France.

Famous for their terraces (and  for café culture), restaurants, bistros, and cafés across France welcomed people back mercredi 19 mai pour retrouver “la joie et la convivialité d’un moment en terrasse“.2Wednesday May 19, for (lit. to find again, to meet) the joys and conviviality of a moment on the terrace. Click here for video.

The Guardian has some great pictures here. Pour yourself a glass of rosé … or my favorite, a little Pastis … sit back, and relax!

It used to be common for people to get around Europe on overnight trains. Ces trains-couchettes allowed passengers to doze off in one city and wake up the next day 100’s of miles away in another city or even country. In my youth I took the night train from Paris to the French Alps for a ski trip, to Spain for a school trip, and to Austria for the Sound of Music Tour. 😉

Just a few years ago though, it looked like France and the SNCF might be done with their trains de nuit. Budget issues, old trains, and “la concurrence des avions low cost“3competition from budget airlines made this magical mode of transportation less attractive for the government and passengers alike.

But once again you can savor the “slow life, prend son temps[, et] retrouve[r] le goût du voyage“4take your time, and rediscover a taste for travel on the Paris-Nice just like the Premier ministre5Prime Minister did this week.

Parisians (and the French in general) love their cats. So its no surprise to croiser6come across, meet a few en se baladant à Paris7when wandering around Paris. But since March 3rd of this year (and running through le 9 juin8June 9, a different sort of chat has graced the jardins9gardens along the Champs-Elysées.

There’s a nice reportage13news report from GEO here if you’d like to learn more.

Have you had a chance to check out the Dictionnaire des Francophones? It – and the accompanying app – are a great way to discover the richness of the French language as it is used around the world. Now the DGLF and CAVILAM-Alliance Française and leplaisirdapprendre.com have created a series of worksheet/activities to take your exploration to the next level. Designed for teachers, les fiches can be used by anyone who wants some guided practice.
Tags: France, free French lessons, french blog, French culture