A word to the weather wise Posted by Tim Hildreth on May 4, 2021 in Environment, Idioms, Music, Vocabulary

While my musings tend to turn to France (with occasional detours north of the border!), French is a global language1the third most commonly used en affaires / for business according to this article and la Francophonie has a global footprint.  This week we’ll look at two examples that remind us of the richness of French in all its global grooviness. 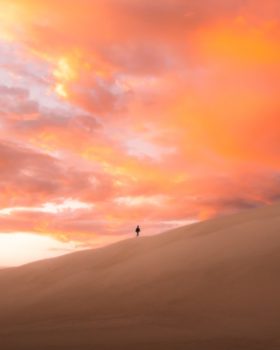 A world of language

Spoken in une trentaine de pays2some 30 countries; see this post for a review of the French use of the suffix -aine with numbers, French is the primary language of over 300,000,000 people around the world. It is a language that brings the world together, but also separates it with different vocabulary, different accents, and different approaches.

A new pilot project led by the DGLF aims to capture this richness and variety of French through an online, collaborative Dictionnaire des francophones. Like a wiki for French terms, “toutes les variétés du français sont présentés ensemble et placées sur un pied d’égalité“3all the varieties of French are presented together and on an equal footing.

This short presentation video will let you learn more … and see some of the people who have already contributed the unique elements of their French to the dictionary. If you want to dive in deeper, there is a fun and interactive app for phone or tablet that you can download with challenges you can solve using the contents of the dictionary.

A word to the weather wise

Speaking of international influences, the Parisian duo DjeuhDjoah & Lieutenant Nicholson mix funk, afrobeat, soul, and reggae in songs like this one that celebrates the Antilles … while cautioning against the risks of le réchauffement climatique.

In English we have an expression “It’s the icing (or frosting) on the cake.” The expression refers to that something extra that makes a situation (or a person, place, or thing!) just that much better. It’s the final flourish. In French, the expression you would use is C’est le cerise sur le gâteau. For the French, who generally prefer their desserts less sweet than the average American8Yes, I know! One shouldn’t generalize! But I can tell you after almost 40 years going back and forth, that American desserts tend to be sweeter than those found throughout France., it’s the cherry on the cake that makes life a little sweeter.

You can read more about le cerise sur le gâteau and thousands of other great French expressions at Expressio.fr. The site and its explanations are in French, but it’s a great place to discover les expressions françaises décortiquées9French expressions pulled apart and to read explications sur l’origine, signification, exemples, traductions.10explanations on the origins, meaning, examples, and translations