8 Places To Visit In Munich Posted by Constanze on May 31, 2017 in Culture, Food, Holidays, Music, Sports

Guten Tag! Recently, someone asked me for recommendations for things to do in München (Munich) as a first-time visitor, so I thought I’d write my own little guide and share it with you all. For each attraction, I have included the nearest U-Bahn (underground) or S-Bahn (overground or ‘suburban’ trains) stop to get off at. If anyone has any further recommendations for things to do and see, leave them in the comments!

8 PLACES TO VISIT IN MUNICH 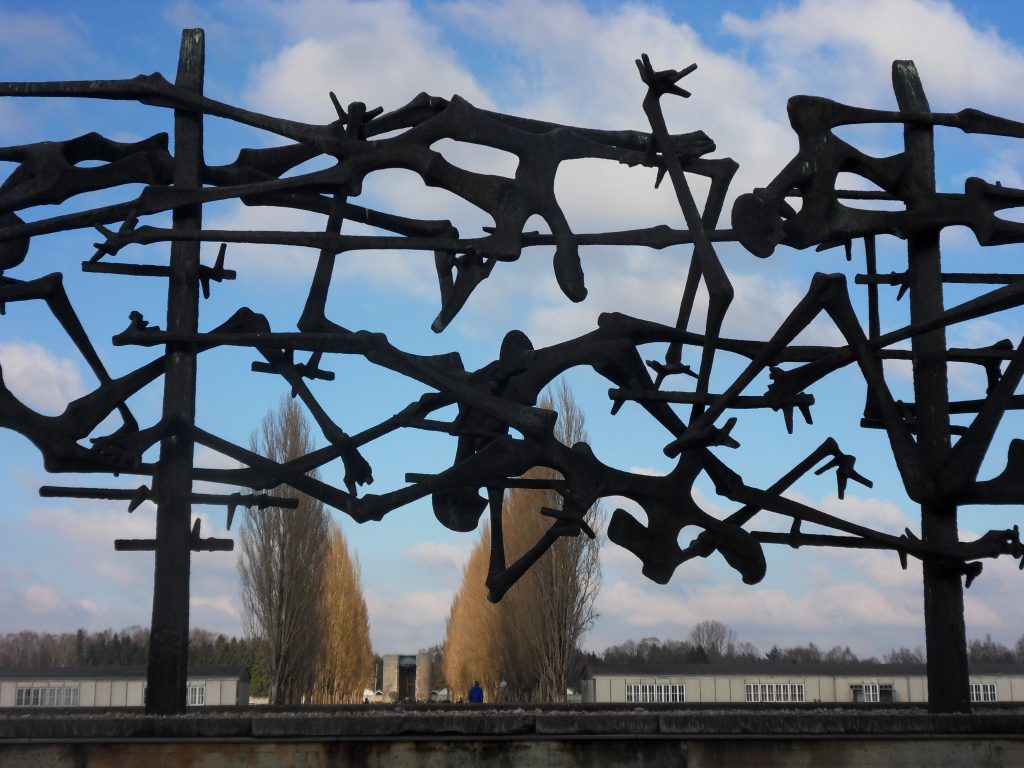 Set up shortly after Hitler came into power, KZ-Gedenkstätte Dachau was one of the earliest concentration camps in Germany, serving as a model for all future ones. It is free to visit Dachau, and I highly recommend doing so. It’s also a little outside München, but worth the trip. Be prepared to spend several hours there, as there’s a lot of ground to cover! There is a café and a bookshop on site.

S-Bahn stop: Dachau/Peterhausen, then get a bus to KZ-Gedenkstätte Dachau (the bus will be clearly labelled, as loads of people go there from this station). 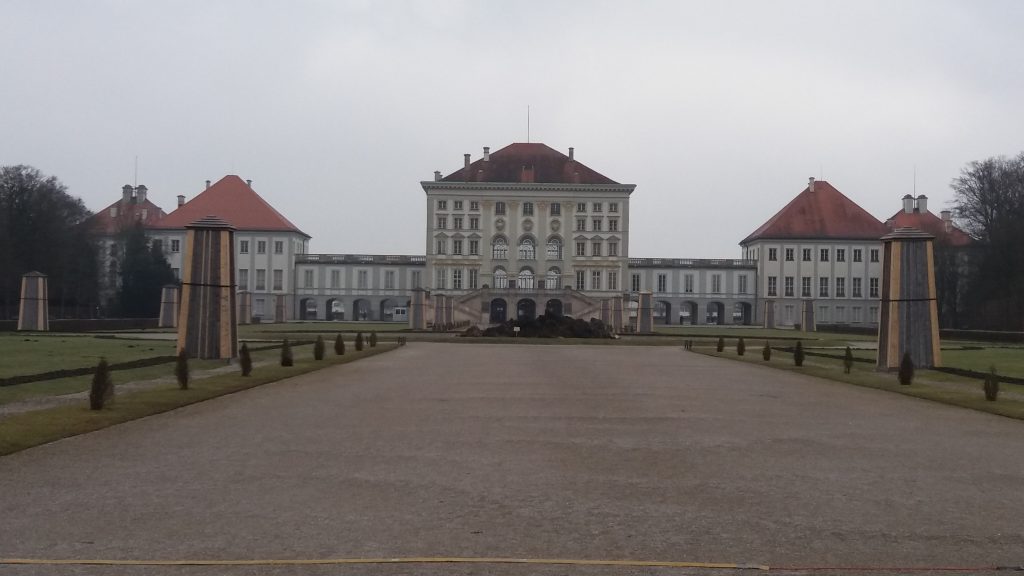 A beautiful, Baroque palace dating back to the 1600s, Schloss Nymphenburg is a must-visit for any history lovers. There are different sections to the palace, including the Martstallmuseum (museum of carriages & sleighs) and the park palaces Amalienburg, Badenburg, Pagodenburg and Magdalenenklause. Buy a ticket for everything, or just certain parts of the palace. Alternatively, keep your money and take a long walk around the stunning palace grounds. In summer (April-October), you can even go on a gondola ride on the canal in front of the Schloss!
U-Bahn stop: Rotkreuzplatz, then get a tram to Schloss Nymphenburg. 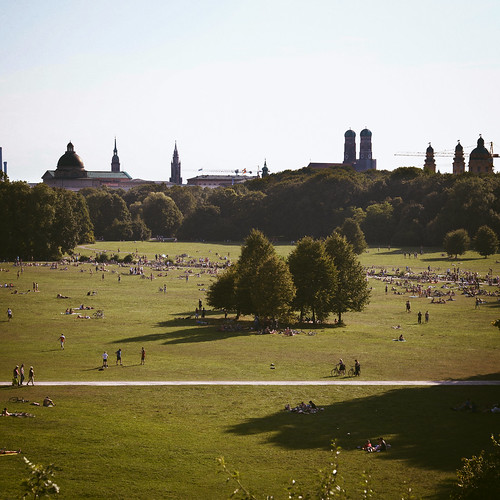 Englischer Garten. Photo by phil_fth on flickr.com under a CC license (CC by 2.0)

Though it’s one of Germany’s biggest cities and the Bavarian capital, München has plenty of attractions for nature lovers: 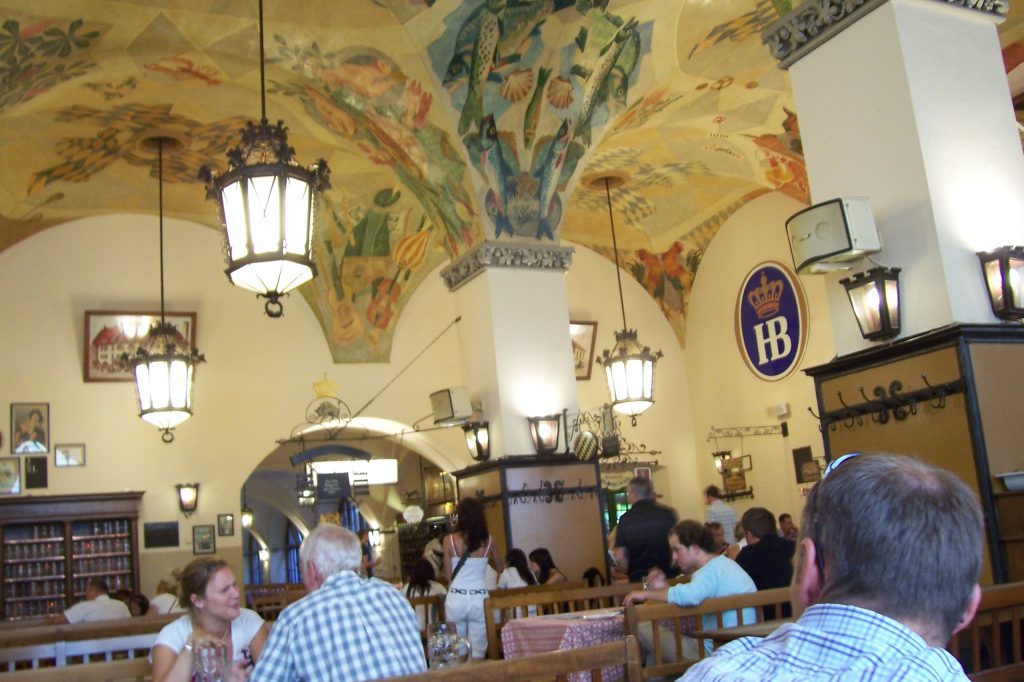 One of Germany’s oldest breweries and the home of Oktoberfest beer, the Hofbräuhaus is probably on every single list of places to visit in München. The food and drink is on the expensive side, but it’s worth going even if it’s just to drink one Maß (litre of beer), sit with the locals (ok, the tourists) and listen to the Oompah band. My recommendation for food is anything involving a Knödel – dumpling.
S-Bahn stop: München Isartor (closest) or U-Bahn stops: Odeonsplatz, Max-Weber-Platz. 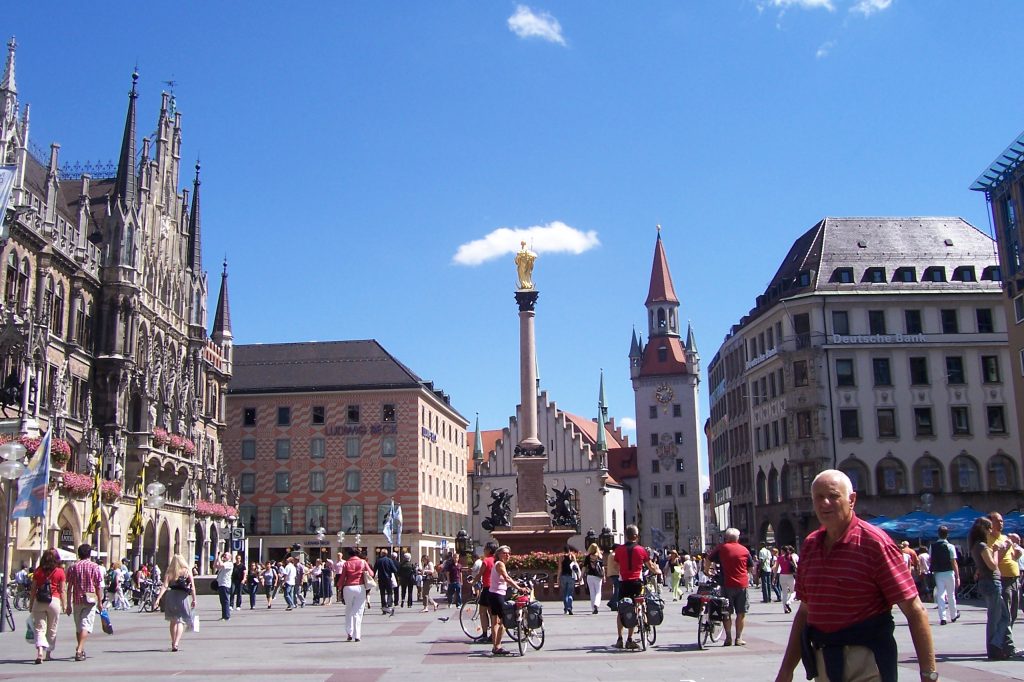 This is the central square in München – a bit like what Trafalgar Square is to London. Here you’ll find the Rathaus (town hall) and the Frauenkirche, also called Dom zu Unserer Lieben Frau (Cathedral of Our Dear Lady). In winter it is home to the huge Christkindlmarkt (Christmas market). The great thing about Marienplatz is that, because it’s so central, you can get off at the U-Bahn of the same name and walk in any direction to find countless shops, restaurants and attractions.
U-Bahn stop: Marienplatz. 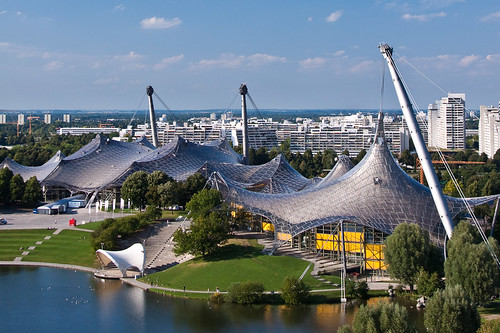 Olympiapark. Photo by paussus on flickr.com under a CC license (CC by 2.0)

Olympiapark was the home of the 1972 Summer Olympic Games. Not only is this a massive performance venue, it is a beautiful place to go walking, running, or have a picnic. You can even walk around the stunning, unusual Olympic Village, which was once used to house the athletes, and is now student accommodation. Olympiapark is home to the summer festival Tollwood, a big music, theatre, cabaret and art festival held twice per year.
U-Bahn stop: Olympiazentrum (Olympia Einkaufszentrum, on the other hand, will take you to the big shopping centre near the Olympiapark) 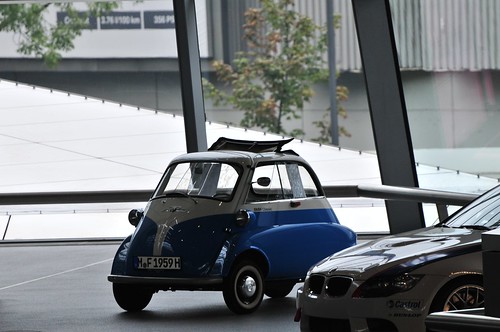 BMW Welt. Photo by airboy on flickr.com under a CC license (CC by 2.0)

Whether you like cars or not, BMW Welt is well worth a visit! You can see and sit in the newest models on the market, and even go for a ride in the tiny BMW Isetta (pictured above). The building itself is a stunning piece of architecture, and there’s a café and a restaurant if you just want to relax for a while. BMW Welt is right next to the Olympiapark, so you can combine these into one visit.
U-Bahn stop: Olympiazentrum 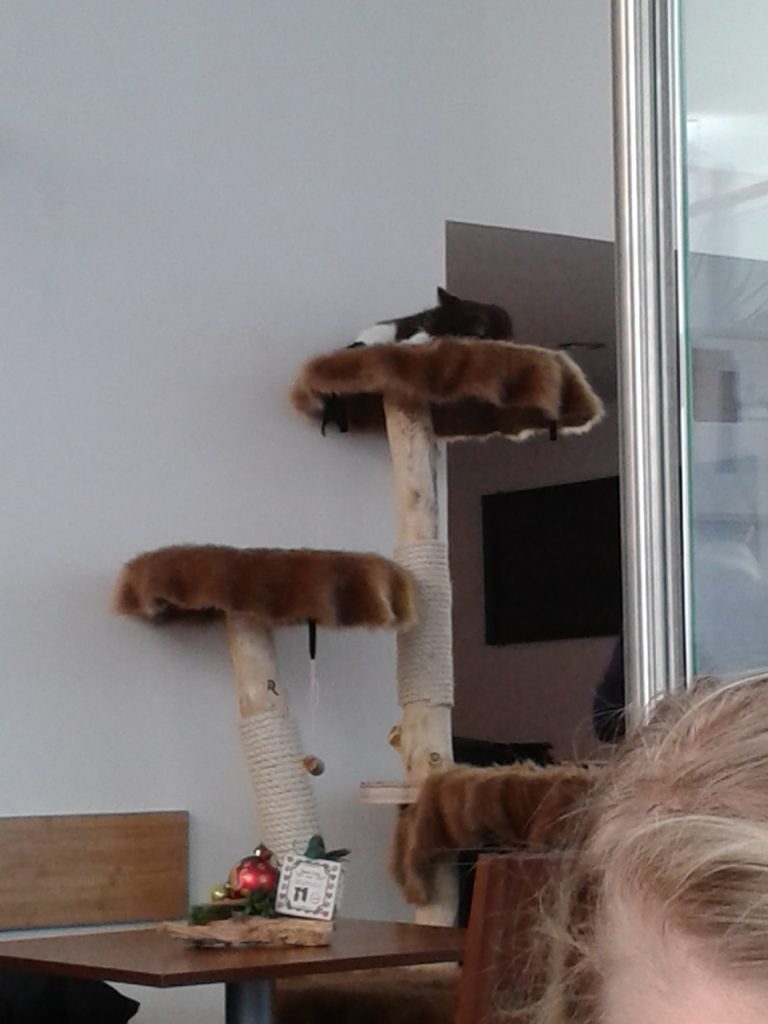 A must for animal lovers! Cafe Katzentempel is Munich’s first cat café. All of the cats here come from rescue shelters, and the cafe donates part of its profit each year to animal organisations. The food served is vegetarian/vegan and includes breakfast, sandwiches and cakes. It’s a lovely place to visit if you’re a cat lover. You can find it in the Munich district of Schwabing, on Türkenstraße.
U-Bahn stop: Universität