Father’s Day In Germany Posted by Constanze on May 24, 2017 in Culture, Holidays, Traditions

Hallo! Tomorrow, Thursday May 25th, is Father’s Day in Germany. In the UK (and perhaps in your country, too), Father’s Day is generally a family-centred event, where children bring their fathers cards and gifts, or maybe let them have the day off by doing their chores for them. Fathers tend to stay home and relax, or go to work as normal and then go out for a meal with their family in the evenings. In Germany, however, Father’s Day is celebrated rather differently! 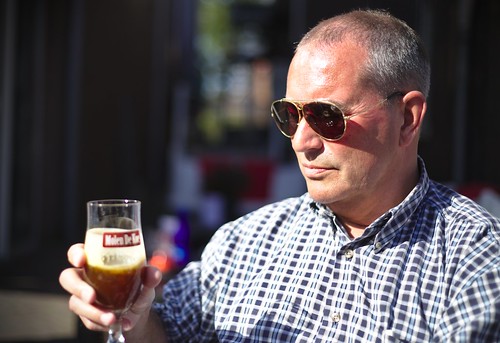 Vatertag – Father’s Day. Photo by Dennis van Zuijlekom on flickr.com under a CC license (CC by 2.0)

Father’s Day is called Vatertag in German – but you’ll also see it called Männertag (Men’s Day) or Herrentag (Gentleman’s Day). This is because it’s not so much a day for fathers, but a day for men in general.

Vatertag always falls on the same day as Ascension Day – the 40th day after Easter, and the day marking Jesus’ bodily ascent into heaven. This day is called die Himmelfahrt in German. Ascension Day is a public holiday, and because it is shared with Father’s Day, most men use it as an excuse to get together and consume lots of alcohol. This ‘joint celebration’ always falls on a Thursday, so lots of men take the following Friday off work as well – and enjoy a very long weekend!

It is said that the tradition of having Vatertag on the same day as die Himmelfahrt dates back to the 18th Century, when men would be seated in a wooden cart and carried into the town square. There, the mayor would present a prize to the man with the most children.

In most regions of Gemany the religious aspect of Ascension Day declined over time, but the celebrations continued. Nowadays, German men can be seen pushing Bollerwagen (hand carts) full of Alkohol (alcohol) around with them as they celebrate Männertag. 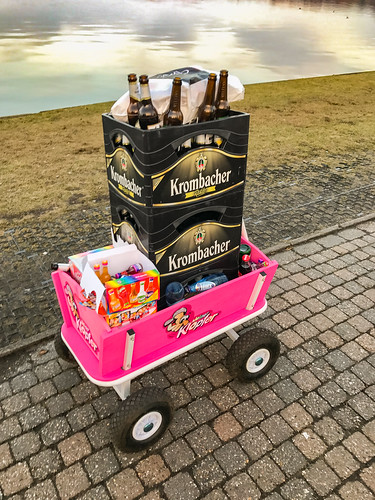 Bollerwagen on Vatertag. Photo by dronepicr on flickr.com under a CC license (CC BY 2.0)

If you’re in Germany, keep your eyes open for this tomorrow!

To finish, here are some things you might say to your dad on Vatertag – in German:

Alles Gute zum Vatertag! – All the best on Father’s Day!

Viel Spaß am Vatertag! – Have lots of fun on Father’s Day!