Guten Tag! Carrying on from last week’s post about German idioms using clothes, here are five more phrases you can add to your collection. I hope you enjoy learning them! 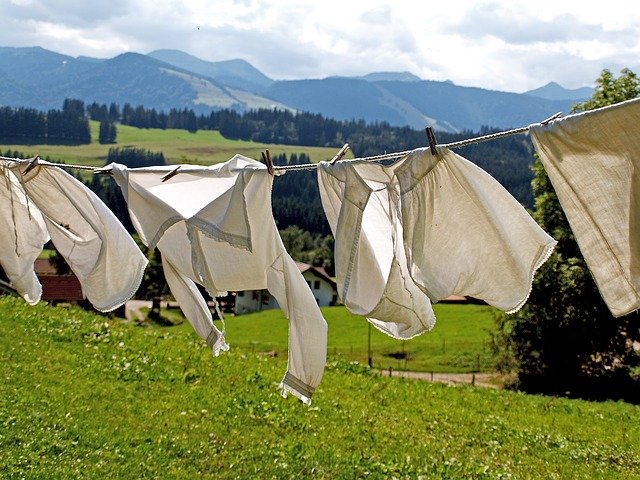 Literally ‘to push something into someone’s shoes’, this idiom means to place the blame onto someone else. The phrase originated in the Mittelalter (Middle Ages), when casual repairmen would steal things while working in people’s houses, and then place them in their colleague’s shoes so they would take the blame if they were found out. Nowadays this is a phrase you might hear parents say to or about their children, for example, if one child tries to blame the other for something they did.

Literally ‘jacket like trousers’, this idiom is a German way of saying ‘it’s all the same to me’ or ‘it makes no difference to me’. You might respond ‘Das ist Jacke wie Hose’ when presented with a choice between two things, and think one is just as good as the other.

This idiom means ‘well sheltered’ or ‘well protected’, but because the verb behüten (to protect) and the noun der Hut (hat) are related, if you say someone is ‘gut behütet’ you could also be saying they are wearing a great hat. In this case, to call someone ‘gut behütet’ is to suggest they had a sheltered upbringing, and are perhaps a little naive as a result.

Literally ‘I’m not wearing that shoe’, this idiom is about refusing to play a part in something you want no part in. A more general way of expressing this in German is with the phrase ‘Damit möchte ich nichts zu tun haben’ – ‘I don’t want anything to do with that’.

Literally ‘to take the hat’, this phrase is used to express that someone has quit their job – most likely originating when hats were worn as part of standard working attire. ‘Er hatte den Hut nehmen müssen’ – ‘He had to resign’ (‘He had to take the hat’).

I hope you enjoyed learning these idioms! Check out the first part of this post here. 🙂