This is part 7 of the series here on the German Blog, the German Nationalparks, a series on the 16 National Parks of Germany. Last week, I wanted to make a post as well, but I was in Rome for a week and just couldn’t find the time.

In the previous weeks, we went to the Bayerischer Wald, Harz, Eifel, Müritz, Berchtesgaden, and the Schwarzwald. Today, it is time for the Sächsische Schweiz!

Similar to the Nationalpark Harz, the Sächsische Schweiz (Saxon Switzerland) was established on October 1, 1990 as part of the Nationalpark program of the former German Democratic Republic (GDR) or DDR (Deutsche Demokratische Republik). It is part of the Elbsandsteingebirge (Elbe sandstone mountains), which crosses the border into the Czech Republic, which is also protected. There, it is called the Böhmische Schweiz (Bohemian Switzerland).

But what about its name? Before, it was called “Meißner Hochland”. Why is it called Sächsische Schweiz today? Sure, it is in Bundesland Sachsen (Federal State Saxony), but the Schweiz (Switzerland) is far, far away. Well, the story goes that at the end of the 18th century, two artists from Switzerland who studied in Dresden looked out over this landscape, and were reminded of their home country. The term was popularized from there.

What is special about the Nationalpark Sächsische Schweiz?

The typical view you will find in the Sächsische Schweiz (Image by Prazak at Commons.wikimedia.org under license CC BY 2.5)

Very clearly, the special feature of this park are the Felsen (rocks) everywhere. The Sächsische Schweiz is the only park in Germany that hosts such Elbsandsteingebirge. And they are stunning!

You can climb on these rocks, and enjoy the stunning views!

Out of these thousands of rocks, the symbol of the Park is the Lilienstein, a massive rock. 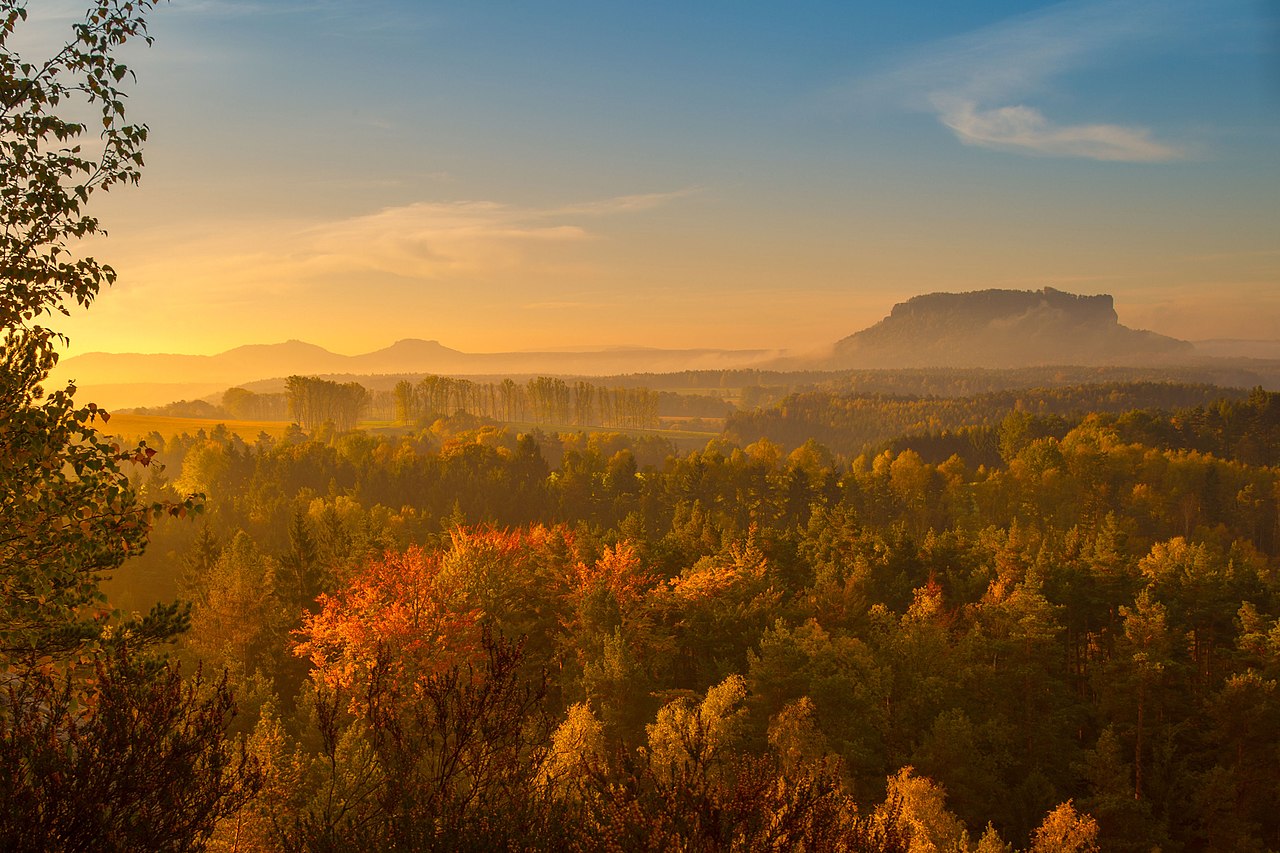 The Lilienstein viewed from the Gamrig (Image by Andreas Trepte, uploaded by Merops at Commons.wikimedia.org under license CC BY SA 3.0)

All these rocks do not make for a high Gebirge (mountain range), though. The Lilienstein is merely 415 m (1360 ft) high, for example. The highest peak of the Elbsteingebirge reaches 723 m (2370 ft). 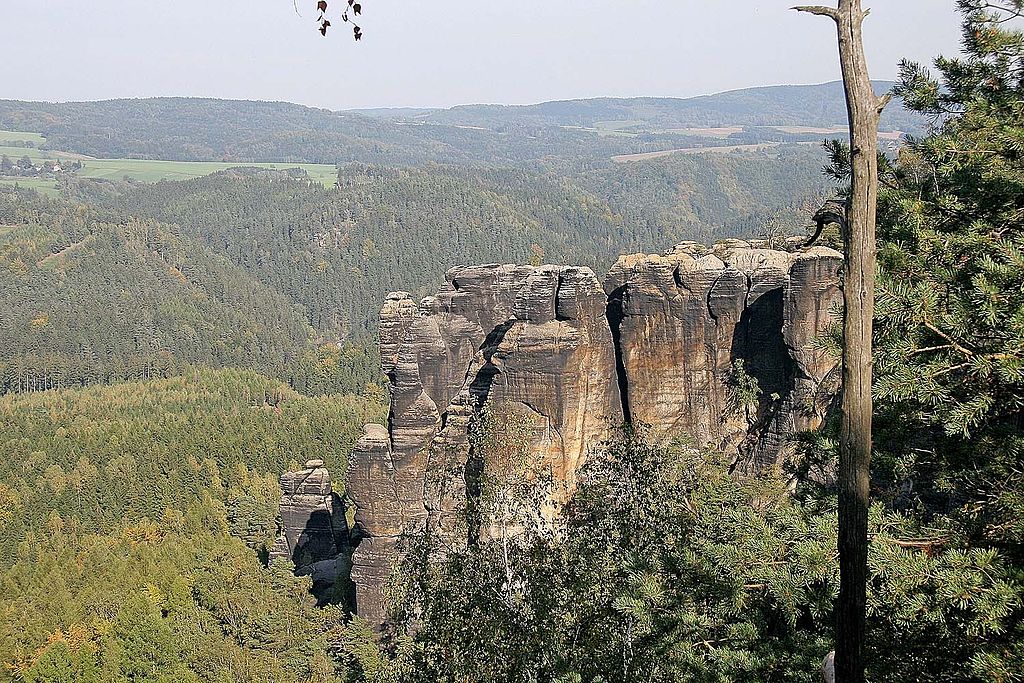 Affensteine (Image by Prazak at Commons.wikimedia.org under license CC BY 2.5)

Famous as well in the Gebirge are the Affensteine (“Monkey Rocks”), a chain of rocks like the one above. The name probably comes from the old German word Auf for Uhu (eagle owl), that nestled itself in these rocks.  Thus they were called Aufensteine, which later became the more easily pronounced Affensteine. So nothing to do with monkeys!