Guten Tag und Frohe Weihnachten (Merry Christmas)! Over the years we’ve made several posts on German Christmas traditions, of which there are many. Today we’re adding one more into the mix and talking about the Lebkuchenhaus – gingerbread house! 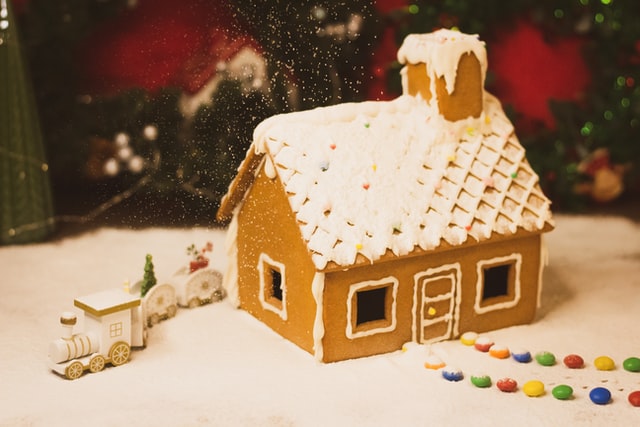 Photo by Ksenia Yakovleva on Unsplash

Made from gingerbread and lavishly decorated with coloured icing and a variety of other Süßigkeiten (sweets), making and decorating gingerbread houses is a beloved Christmas tradition for many families, not just in Germany and the US, but all over Europe! But what is it that connects this tradition to Germany, specifically?

Gingerbread is called der Lebkuchen (or der Pfefferkuchen) in German, and is very popular in Germany. If you’ve ever been to München (Munich) and seen the displays of Lebkuchenherzen (Lebkuchen hearts) in the markets, you’ll know what I mean! Apparently, the earliest evidence of Lebkuchen baking in Germany was in 1296, so it’s been a staple of German food culture for a long time. At Christmas time, baked goods made out of Lebkuchen are a firm favourite.

The Lebkuchenhaus (gingerbread house) is said to have come about in Germany in the early 1800s, apparently inspired by Hänsel und Gretel, the famous fairytale written by the Brothers Grimm (die Brüder Grimm). 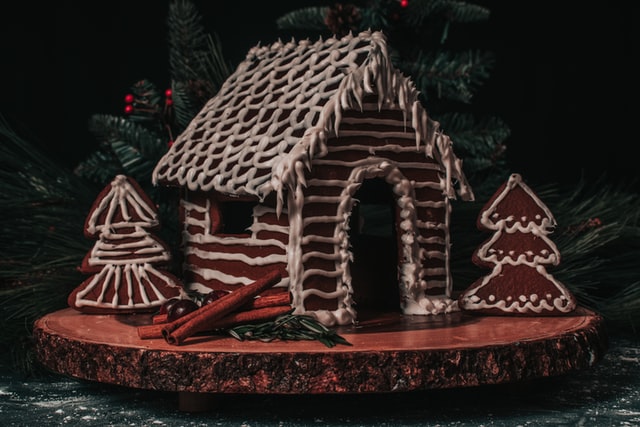 Photo by Mariah Hewines on Unsplash

In this fairytale, a brother and sister (Hänsel und Gretel) find themselves lost in a big forest after their stepmother (die Stiefmutter) abandons them. Hungry and tired, they stumble upon a house made of gingerbread and start to eat it. Unbeknownst to them, the house belonged to a witch (die Hexe) who had designed it specifically to lure children in, so she could fatten them up and eat them. However, Hansel and Gretel outsmart the witch, burn her in her own oven (der Ofen), and make it back home safely to their father! 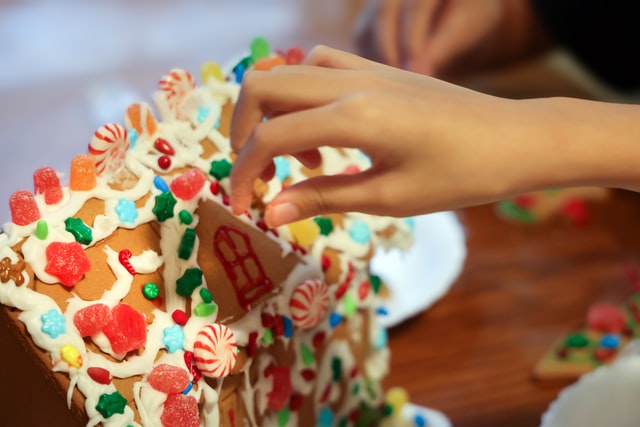 Photo by Bellava G on Unsplash

The main theory is that, following the publication of this story in 1812, German bakers began making Lebkuchenhäuse (Lebkuchen houses), which made their way into the US via German immigrants. However, others say that the Lebkuchenhaus already existed before Hänsel und Gretel, and that it simply became more popular once this story grew in fame.

Here is an 11-minute version of Hänsel und Gretel you can watch in German:

Whatever its true origin, there’s no denying that decorating a Lebkuchenhaus is a well-loved, popular activity for adults and children alike! There are lots of recipes online for making your own Lebkuchenhaus, or you can buy pre-made kits to make things even easier. Click here for a simple Lebkuchenhaus recipe (das Rezept) you can use if you’d like to make your own. 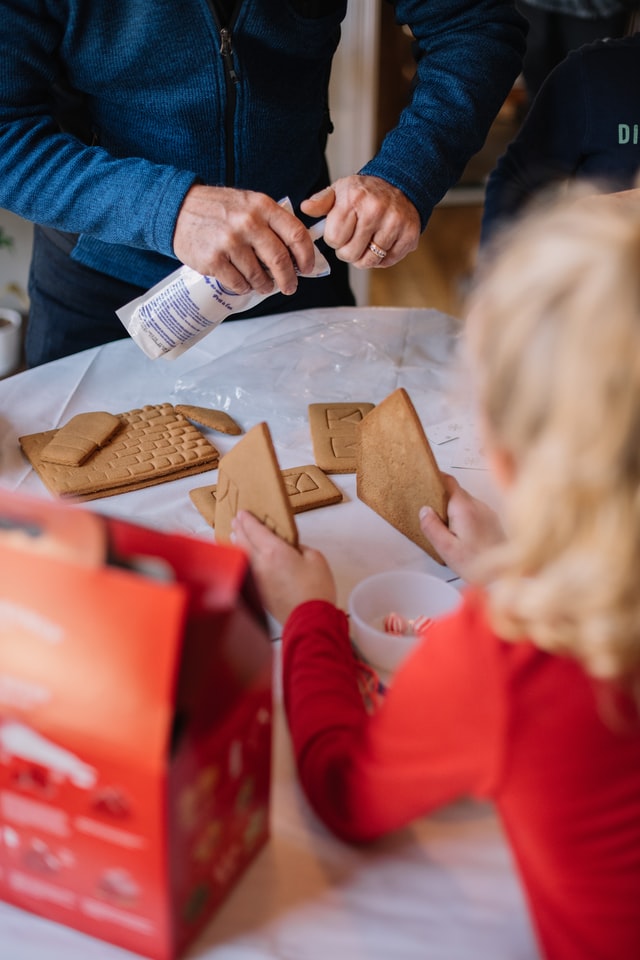 Photo by Phillip Goldsberry on Unsplash

Have you ever made a Lebkuchenhaus? Is this a tradition in your family? Let me know in the comment box below!