Today I’m talking about two words centred around one of my favourite things – coffee!

Coffee in German is Kaffee. Just the mere mention of this word brings a smile to my face. I’m sure you’ve heard of the German Kaffee und Kuchen Kultur (‘coffee and cake culture’) – they’re absolutely mad for it. So it’s no surprise that the German language has a few words centred around the beautiful drink that is Kaffee.

The first of the two words is Der Kaffeeklatsch. 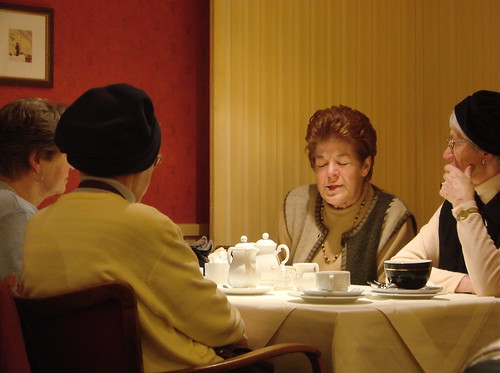 Kaffeeklatsch. Photo by photocapy on flickr.com on CC BY-SA 2.0

A Kaffeeklatsch is a meeting between friends to exchange gossip over coffee. It is made up of the words Kaffee (coffee) + Klatsch (gossip/noise). This word allegedly originated around the 1900s when German women would gather in one of their homes to drink coffee and chat. The German Kaffee und Kuchen Kultur (as I mentioned above) most likely originated from this. Compared to here in the UK, I definitely eat more cake and drink more coffee when I go to Germany, and it is all down to the Kaffeeklatsch custom. Practically everybody wants to invite you round, and it is quite an insult to some people if you say no – especially if they have just baked a cake, or bought one fresh from the bakery, ready for this exact occasion! I can’t think of an English word that describes Kaffeeklatsch. It’s a great German word. 🙂

The second word is Die Kaffeefahrt. 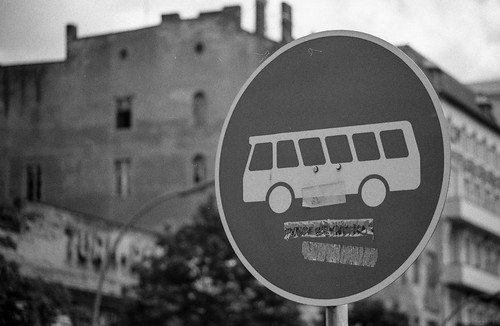 Photo by dskley on flickr.com under CC BY-ND 2.0

Although it looks somewhat similar to Kaffeeklatsch, this word has a very different meaning. Kaffeefahrt is made up of the words Kaffee (coffee) + Fahrt (trip). This would lead you to assume that a Kaffeefahrt is some sort of nice, pleasant outing where you drink lots of coffee, right? Well… yes and no. It is a trip, and you do get to drink coffee. But a Kaffeefahrt is not as nice as it sounds.

A Kaffeefahrt is an outing – for example, a coach trip – disguised as a pleasant daytrip, but is really a scam to get people to buy cheap, useless things, advertised as being “Schnäppchen” (bargains) and “exklusiv” (exclusive), to hype people into buying them. These scams are usually targeted at the elderly, who receive them in the form of an invitation. It is called a Kaffeefahrt because there is usually the promise of coffee and cake, which is used as ‘bait’ to draw people in. It is also known as a Werbefahrt (‘Advertising trip’).

An extract from the website Pfiffige Senioren (‘Smart Seniors’) explains why people fall for the Kaffeefahrt scam:

Translation: Senior citizens have a great need for communication. This is why they enjoy going on daytrips; a coach trip, food, coffee and cake, and they can get out of the house. There is a sense of community and togetherness, and a chance to make new friends. For one day, they are part of a group of like-minded people. Therefore, the main reason for taking part is this chance for communication and community. Not everybody has the money to go abroad, and this sort of trip is affordable. So why not? They may even win something! Each year, five million Germans take part in so-called Kaffeefahrten.

The website advises you to call the police if you suspect a planned trip is actually a Kaffeefahrt. You can read more about Kaffeefahrten on Pfiffige Senioren (in German).

The fact that this scam is named a Kaffeefahrt (coffee trip) just shows how the appeal of something pleasant (Kaffee) can be used to draw you in to something untoward. Coffee is obviously more addictive than I thought! However, I can’t say I know the English equivalent for a Kaffeefahrt , other than the word scam, which is a bit too general for my liking – can anyone help?

I hope you’ve enjoyed my Kaffee-related German word post. It’s made me desperately want another coffee, so I’m off to go and make one. As always, I love your comments, so please do leave one if you have something to say. 🙂