Hello and welcome to another post on untranslatable German words! I can’t believe how many words we’ve covered already – Torschlußpanik, Geisterfahrer, Gemütlichkeit, Waldeinsamkeit, Putzfimmel, Schattenparker… to name just a few! It may not have a reputation as being romantic or sexy, but if you’re a language lover then you’ll quickly realise what an interesting, quirky language German really is. So on that note, let’s continue with another untranslatable German word!

Can you think of someone who really irritates you? That person is known in German as a Nervensäge.

A Nervensäge is a really annoying, irritating person.

What does Nervensäge literally translate to?
Broken down, it means ‘nerve saw’. Nerven = nerves, and Säge = saw. Imagine a saw cutting at your nerves… isn’t that what it feels like when somebody annoys the hell out of you? It’s quite an appropriate word!

How would you use it in a sentence?
Quite simply, “Er ist so eine Nervensäge!“ – „He is such a Nervensäge!”

What is the nearest English equivalent?
There are words to describe irritating people, but they are mostly adjectives. For example: annoying, irritating, bothersome. You could use the noun ‘pest’ to describe a Nervensäge, for example: “He is such a pest!” However, there’s no word that describes a person who makes you feel like your nerves are being cut with a saw. In terms of creativity, the word Nervensäge is in a league of its own! 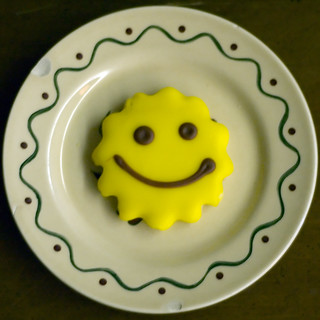 Interestingly, the English phrase “You get on my nerves” translates the same in German: “Du gehst mir auf die Nerven” (literally, “You go me on the nerves”).

There is, however, a cute little phrase that means the same thing but has a rather strange literal translation.

“Du gehst mir auf den Keks”
„You go me on the biscuit” or “You get on my biscuit”, in other words!

But that’s not all! Here are some other quirky ways that Germans express their annoyance with someone:

Du bringst mich auf die Palme – You’re going to force me up a palm tree (Difficult to translate, but it basically means ‘you’re testing my patience’)

One of my favourite ways to express irritation with someone in English is to say, “You’re doing my head in!” Germans say, “Du machst mich kaputt!” – „You are breaking me!“, which has the same sort of meaning.

Do you know any other translations? Or better still, can you come up with your own German phrase for “you’re getting on my nerves”?