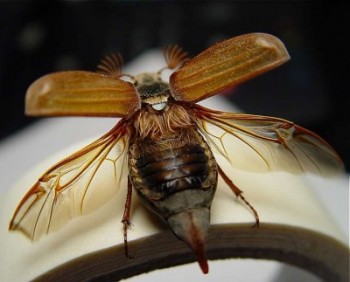 In the last blog we looked at the names of the four seasons as they would be used in prepositional phrases, such “in the winter” or “in the summer.”  As you might recall, this involved various changes to the beginnings of the words, like “san fhómhar” (ins, in + an, the + fómhar, fall, autumn) or “sa gheimhreadh” (ins, in + an, the + geimhreadh, winter).

As promised, here is an outline of using these same seasonal words in possessive phrases.  As you can see, there are similar changes at the beginning of the words.

Why the two different forms (geimhridh, gheimhridh)?  Because “lá” is a masculine noun and “aimsir” is a feminine noun.  The word “winter” here functions like an adjective, so it agrees with feminine noun, and this is shown by changing the initial “g” to “gh,” the process known as “lenition.”

Since “earrach” begins with a vowel, there’s no initial change to the beginning of this word.   The process of “lenition” doesn’t apply to vowels.

“Samhradh“[SOW-ruh] may become “samhraidh” [SOW-ree], as in “lá samhraidh” (a summer’s day).   Or as the proverbial but somewhat cryptic saying tells us, “Capall samhraidh nó bó lae Samhna,” which implies that that summer-born horses and November-day cows are “showy.”  Hmmm, showy horses I can imagine.  Cows being showy is a bit of a stretch of the imagination, but I suppose one could imagine more modest cows and showier ones.   At any rate, “samhraidh” is used here to mean “summer-born.”

“Samhradh” may also become “shamhraidh” [HOW-ree], as in “aimsir shamhraidh” (summer weather).   As a further bit of “cow lore,” we also have an interesting expression, admittedly a bit old-fashioned by now, “bó shamhraidh” (a summer cow), implying that the cow is either weak or considered a “pet cow,” possibly because it is smaller than average.

Since “samhradh” begins with a consonant (“s”), it is subject to the same process of lenition as “geimhreadh.”  That’s why the “s” changes to “sh” — it’s describing a feminine noun (bó).

And finally, for fall (autumn), we have the forms “fómhair” [FOH-irzh] and “fhómhair” [OH-irzh].  We’ve already seen these fairly frequently, as in “Meán Fómhair” (September, lit. middle of harvest) and “Deireadh Fómhair” (October, end of harvest).  Here are a few more examples: “lá fómhair” (a fall/autumn day), “aimsir fhómhair” (fall/autumn weather), and “do lá fómhair” (your lucky day).

And finally, to get back to that intriguing phrase, “titim an chearlamáin ar oíche fhómhair,” we see the phrase “oíche fhómhair” (an autumn night), as alluded to in the last blog (https://blogs.transparent.com/irish/beagainin-eile-faoi-na-seasuir-a-little-more-about-seasons/)  In case anyone was wondering why this particular phrase should be so significant, it’s an example of very figurative use of language.  The “cearlamán” is an insect, sometimes known simply as the “droning beetle,” aka “maybug.”  The aptly-named maybug is usually particularly active in May, when it often flies into houses, attracted by light.  “Titim an chearlamáin ar oíche fhómhair” (lit. the falling of the maybug on an autumn night) is used figuratively to mean “a sudden occurrence.”

I never thought, when I first learned this expression, that I’d be researching the life and times of the maybug, but I see that it is widely discussed online.   And no, I don’t mean the cuil Bhealtaine (mayfly) which is also widely studied and written about, but for other reasons — even my limited knowledge of bitheolaíocht from meánscoil tells me that.  Cuileanna Bealtaine are in the order Ephemeroptera and maybugs are in the order Coleoptera.  The maybug is considered a significant pest because of the goile of its larbhaí, which is considered amplach, craosach, or airceach (take your pick!).  It nearly disappeared in the mid-2oth century, due to pesticides.  But with stricter regulations on the use of lotnaidicídí, it’s back, at least in some areas, le maith nó le holc.

Apparently children throughout Europe used to play with these maybugs, perhaps in ways we might not approve of today, such as capturing them and tying a string to their legs.  There was also a rhyme about them, akin to the “Ladybug” (or “Ladybird”) rhyme in English.  Such is the folklore and nostalgia concerning maybugs that there is even a contemporary song about their disappearance, “Es Gibt Keine Maikäfer Mehr,” by Reinhard Mey, using of course, their German name, “Maikäfer,” Käfer being the generic German word for beetle or bug, like “chafer” (lyrics, http://www.webcitation.org/query?url=http://www.geocities.com/ha_hammer/keinemaikaefermehr.htm&date=2009-10-25+23:38:37, or, to watch it http://www.youtube.com/watch?v=oVE540PRsQU)

Anyway, looks like we’ve gone now from a ceacht deas simplí faoin tuiseal ginideach to a discussion of cearlamáin i mbéaloideas, all based on the phrase “oíche fhómhair” (a fall / autumn night), for which “titim an chearlamáin” is an automatic association, at least for me.

So just to recap, genitive case forms (foirmeacha sa tuiseal ginideach) for our season words are: geimhridh (gheimhridh), earraigh, samhraidh (shamhraidh), and fómhair (fhómhair).  These forms are created by changing the final vowel to “i,” which may trigger some other slight changes, and there may be lenition as well, depending on the gender of the preceding word.   And that concludes our discussion of the seasons, for the time being.  Lots of other juicy topics coming up this month — puimcíní, cantalóirí, agus Oíche Shamhna, to name just a few.  SGF, Róislín